Born in Salem in 1816, a tailor and clerk, Nathaniel Felt joined the LDS/Mormon church in 1843 and was a friend of Brigham Young. He presided over the local congregations of LDS members in Salem. He lived in this house until 1845, when the Felt family and some other Salem Mormons decided to join the rest of the church as it prepared to leave Nauvoo, Illinois for the Salt Lake Valley. Felt served missions in England and was tasked with presiding over church members in St. Louis. In Utah he served in the Utah Territorial Legislature. He stayed in contact with his Salem associates defending the church and gave the Peabody Essex Museum monetary donations as well as and 1845 edition of the Book of Mormon and some items from his missions in England. The Museum purchased the home (originally on Liberty street) and moved it to its current location. 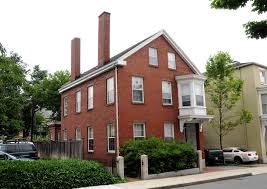 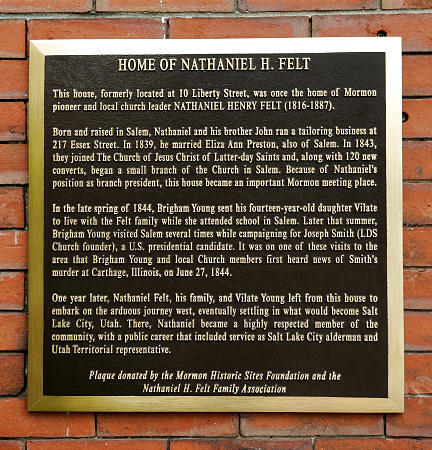 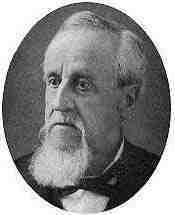 "Nathaniel Henry Felt joined The Church of Jesus Christ of Latter-day Saints on September 17, 1843 after a careful investigation of the Church. He maintained a tailor and drapery business in Salem and became a respectable member of the community at a young age.

Shortly after his baptism into the Church, Felt was assigned to preside as the branch president of the members in and around Salem. Also around this time, Brigham Young contacted him about his daughter, Vilate Young, coming and living with the Felts while she attended a girl’s boarding school in Salem. The Felts replied that she would be welcomed in their home and so Vilate remained here until the spring of 1845 when she traveled west with the Saints. While in Salem, many prominent members of the Church visited the Felts including Brigham Young, Wilford Woodruff, Heber C. Kimball, Orson Pratt and Erastus Snow. Shortly after the martyrdom of Joseph and Hyrum, the Felts moved to Nauvoo, and then on to the Salt Lake Valley.

The Peabody-Essex Museum acquired the historic building and moved it from its original location at 10 Liberty Street to its current location on Charter Street in 2001. A bronze plaque was unveiled and presented to the City of Salem funded by the Nathaniel H. Felt Family Association and the Mormon Historic Sites Foundation telling the significance of the structure which now resides on the building. Also, a branch of the Family History Center system of The Church of Jesus Christ of Latter-day Saints nearby at the James Duncan Phillips Library was established."