The non-profit Williamsburg Art & Historical Center (WAH) was founded in 1996 by Japanese artist Yuko Nii. WAH is housed in the former Kings County Savings Bank, which was built between 1860 and 1867 in a French Second Empire style. The building is listed on the National Register of Historic Places and was a nexus of financial activity in the early twentieth century. Nii purchased the building to fulfill her vision, referred to as the Bridge Concept, to create a space that would bridge diverse artists of all disciplines from all parts of the globe. In Japanese, “WAH” means peach, harmony or unity. WAH serves as a diverse hub of arts and cultures.

The Williamsburg Art & Historical Center is located at 135 Broadway in Brooklyn, New York and features hundreds of shows and performances featuring thousands of artists. 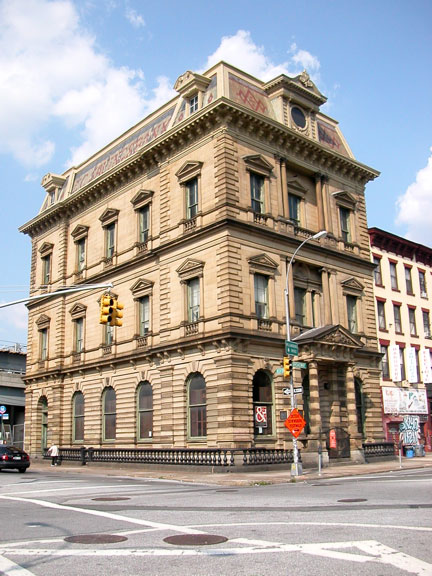 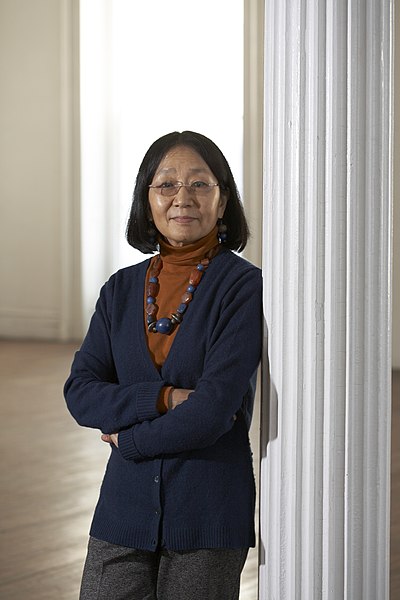 The Williamsburg Art & Historical Center resides in the former Kings County Savings Bank. This structure was built between 1860 and 1867 in the Second Empire Style, which is characterized by classical elements, sturdy construction, and a mansard roof. William H. Wilcox and Gamaliel King are credited with the architectural design. The primary construction material is Dorchester sandstone. The building is three and a half stories tall, the half owing to the faux attic space at the top. Despite being a commercial building, the Kings County Savings Bank resembles a Second Empire mansion, many of which once existed throughout the area. This is in line with standard architectural practices for displaying wealth in the late nineteenth and early twentieth century. A pedimented porch recalls Greek and Roman domestic designs. Each of the three floors display slight variations in window shaping and brickwork, possibly a reference to the first modern banks, which utilized similar styles during the Italian Renaissance.

Each of the three floors of the Kings County Savings Bank are a single large room. The first floor once served as the lobby of the Kings County Savings Bank, which catered to some of the most famous American industrialists like the Carnegies, Vanderbilts, and Rockefellers. In fact, over a tenth of the United State’s wealth once flowed through Williamsburg. The second floor of the bank was known as the Ceremonial Room, and hosted weddings and award ceremonies. Both the first and second floor feature large cast iron Corinthian columns placed throughout the space. The top floor was used as a ballroom. Many elements of the building have been conserved over the years, such as marble moldings, a gas chandelier, and wooden paneling and floors. However, the authentic mahogany wood staircase was removed for a steel and concrete replacement in the early twentieth century.

As the fabric of Williamsburg began to shift near the turn of the nineteenth century, the Kings County Savings Bank followed suit. The wealthy industrialists moved away, and the bank evolved to cater to less affluent customers. The second and third floors of the bank building were converted into a co-ed business school. At some point in the early twentieth century, the Kings County Savings Bank left entirely and was replaced by a different financial institution. Various banks continued to occupy the building until the 1980s. In total, the building served the banking industry and local populations for over one hundred years.

Yuko Nii purchased the Kings County Savings Bank building in 1996. Nii is a Japanese artist who immigrated to the United States as a young adult and received a Master of Fine Arts degree from the Pratt Institute in Brooklyn. Interested in transforming the community of Williamsburg, Nii created the Williamsburg Art & Historical (WAH) center to give upcoming artists a space to exhibit their work. Also talented carpenter, Nii applied her previous experience renovating run-down houses to transforming the historic bank building into a space appropriate to host the arts. WAH has consistently applied for grant funding to conserve and restore its historic home.

The WAH is based on Nii’s Bridge Concept. This idea envisions WAH as a diverse hub of cultures and artistic styles. The center particularly strives to connect disparate communities and promote emerging artists. “Wah” means peace or harmony in Japanese, and this is what Nii believes artistic collaboration will accomplish. WAH has collaborated with artists from over a dozen countries. The center has hosted over two hundred art shows featuring more than three thousand artists, and also staged over one hundred fifty performance events with more than one thousand performers. For her work with WAH, Brooklyn Borough President, Howard Golden, named Nii one of Brooklyn’s Women of the Year in 1998. In 2001, New York Governor George Pataki also honored Nii by naming her one of New York States’ Women of the Year. WAH continues to be a community driven art hub and cultural center.

Here's a simple stroll through downtown Williamsburg starting from the Marcy Ave. subway stop. Head west and explore historic buildings south of the Williamsburg Bridge, ending at the waterfront.