Designated a National Historic Landmark in 1993, the Norridgewock is the name of a significant archaeological district in Madison, Maine. It is named after the Native American tribe, Norridgewock (also known as the Abenaki), which inhabited the central part of Maine for centuries. They also had village at this location which was also known as Norridgewock. Just next to the village was a Jesuit mission, now called Old Point. Jesuit missionaries, most notably Sebastian Rale, served here from roughly 1642-1724. The site is significant in that is the location where, in 1724, the British massacred many of the Abenaki as well as Rale. Part of the site is now a Catholic cemetery which contains a few stone monuments commemorating Rale and the Abenaki.

This Sebastian Rale monument was erected in 1833. 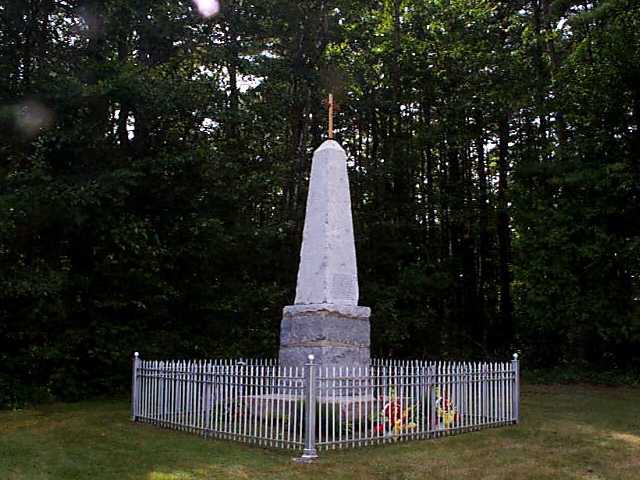 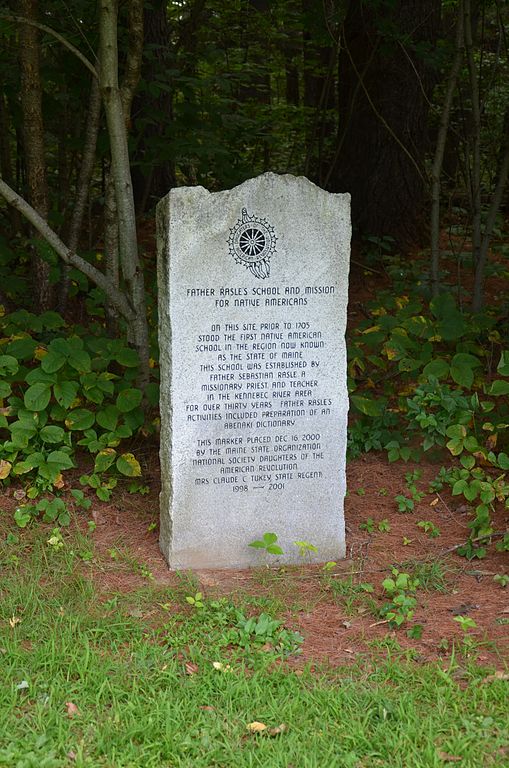 Maine was long a disputed territory between the French and British. Most of the Native tribes aligned themselves with the French, which is what ultimately led to the massacre at Old Point in 1724. Rale, who arrived at the mission in 1695 from Illinois, learned the language and culture of the Abenaki and spoke on their behalf in disputes with English settlers. For a long time, the Abenaki were able to resist English encroachment. Gradually, the English came to see Rale as a major obstacle to their interests, launching one attack on the village in 1722 from which Rale escape, and the second one two years later.