Grindle Point Light is a historic 19th lighthouse located in Islesboro, Maine (the town covers an entire island). The first lighthouse was built in 1850. By 1874, the structure deteriorated significantly and a new lighthouse was built a year later. It is named after its second keeper, Francis Grindle. The tower itself is of one the last three square shaped towers in Maine. Today, it is a museum dedicated to maritime history. It features nautical antiques, paintings, and pictures of captains and their ships. It is listed on the National Register of Historic Places. Visitors can reach the island on a ferry that departs from Lincolnville. 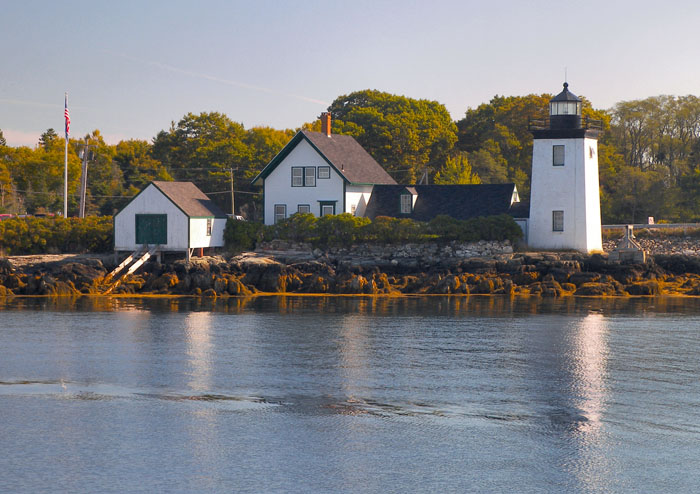