Pond Island is a small, 32-acre island located in Penobscot Bay between the coastal towns of Camden and Belfast, Maine. The island was listed on the National Register of Historic Places in 1979 because of its significance in American history. Archaeological research at the island has uncovered evidence of human habitation dating back more than 2,000 years. Today, the island is a small wildlife reserve managed by the Maine Coast Heritage Trust. It is open to the public and is a popular site for hiking, camping, and birdwatching. 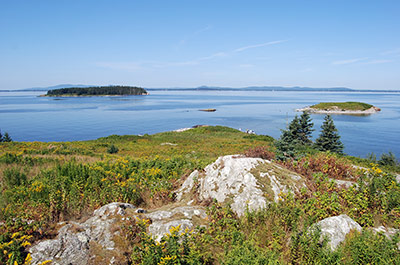 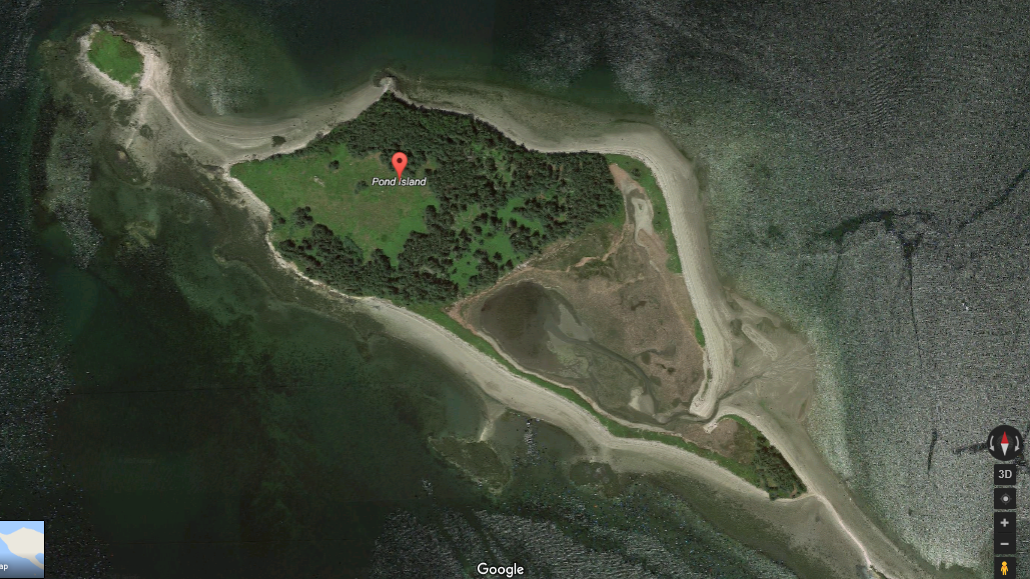 There are many small islands dotting the coast of Maine in Northern New England. One of them is Pond Island located in Penobscot Bay.  Pond Island is significant to Maine’s history because of the abundance of avian wildlife that call the island home, and the archaeological evidence proving that humans inhabited the island more than 2,000 years ago.

The island consists of only 32 acres, but hosts a vast array of coastal environments. There is a cuspate barrier beach which, according to the according to the Maine Critical Areas Program, is one of the best-known examples in the state. This is basically a coastal sand dune system. Two barrier beaches meet at a small mound to form a salt marsh and a salt pond. The pond is connected to the bay via a tidal channel. Further inland, there is a spruce-fir forest, shrubland, a grassy meadow and a high, prominent hill. The hill reaches a height of more than seventy feet above sea level. A hiking trail will lead visitors to the island from one of the campsites towards the hill and into the meadow. The different environments are home to a variety of plant and animal species, particularly birds. Sandpipers, waterfowl, raptors and songbirds can be found on the island.  One survey reported that there were 24 different bird species residing on the island. A small section of the island is off limits to the public from May 1st to September 1st to make room for a quiet, isolated habitat for nesting birds.

Pond Island is also known for the archaeological evidence found over the past few decades which suggests that it had been inhabited by humans over 2,000 years ago.  Native Americans had used the island during the era prior to the arrival of the first European settlers in the seventeenth century. More recently, people have spent time on the island but have not lived there year-round.  It was formerly used a destination for hunting and fishing. Now, it is a spot where nature-lovers can go camping, hiking, birdwatching, or to enjoy the mile-long beaches.

Pond Island was placed on the National Register of Historic Places in 1979. It was purchased in 1980 by a company called Philadelphia Conservationists, Inc.  They later became the National Land Trust. The effort to purchase the island for conservation was let by a citizen named Betty Eberhart. The group granted a “forever wild” easement to Acadia National Park in 1982, which means that the island can only be used “for conservation, education, and recreational purposes.”[1] In 1995, management of the small island was transferred to the Maine Coast Heritage Trust (MCHT) which continues to maintain it as an active nesting site for various avian life and public recreational area.