The Bucksport Railroad Station was built in 1874 and is a typical example of stations built around that time. Railroad companies had by then started to build lines to smaller towns such as Bucksport. Today, the building is now home to the Bucksport Historical Society, which displays items from the town. The building was placed on the National Register of Historic Places in 1975. 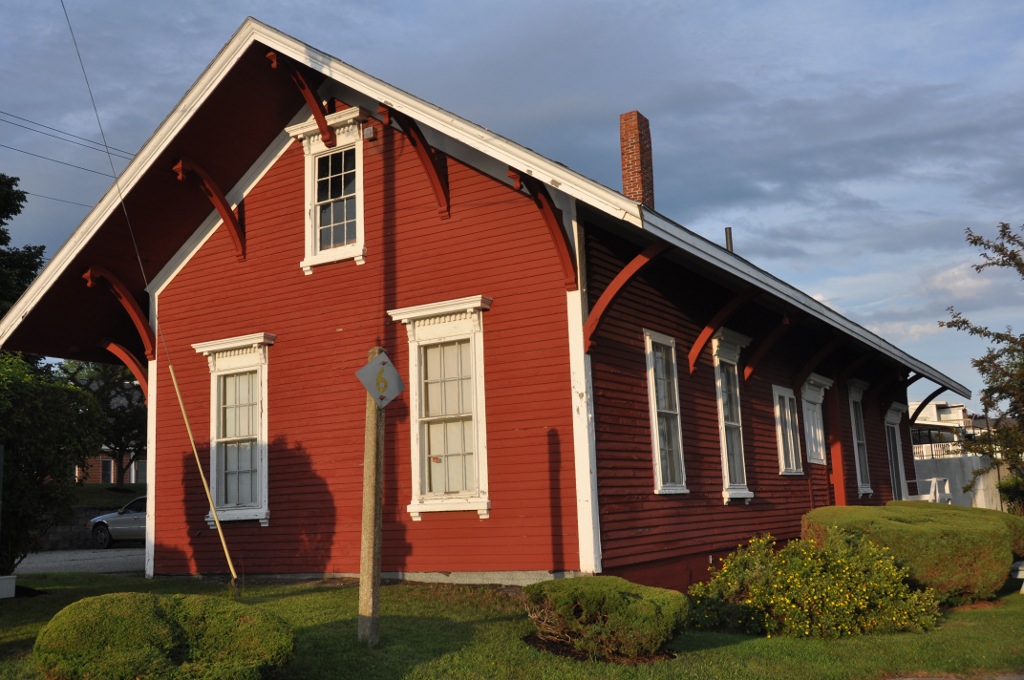 The Northeastern American and European Railway Company built tracks from Bangor to Bucksport in 1851, which was part of a much larger (and not completed) plan to build tracks from New York to Nova in order to shorten the trip to Europe by 1000 miles. In 1869, residents voted in favor of starting rail service which began in 1874.

Wednesday through Friday in July and August from 1 p.m. to 4 p.m.