Nestled among the rolling hills overlooking the capital city Washington D.C. and the Potomac River, Arlington National Cemetery honors those who have died in service to our country. The cemetery sits on land that was once part of Robert E. Lee’s family estate and was appropriated by the Union after the Lee family fled at the onset of the Civil War. In an ironic move born of political ill-will and necessity, the Union began burying their soldiers on the Confederate general’s estate. Through an illegal tax ordinance, the federal government took control of the estate and purchased it at a public auction. After the war, the family sued the government and won back the estate, however they had no desire to return so they sold it back to the federal government. Through many years of military burials and the addition of new memorials, the Lee family estate has become the Arlington National Cemetery we know today. Currently, the gardens and grounds of this 624 acre cemetery serve as a tribute to the service and sacrifice of every individual laid to rest within.

View of the Custis-Lee Mansion 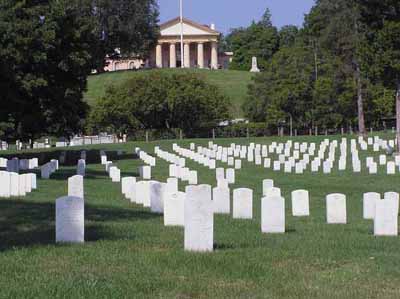 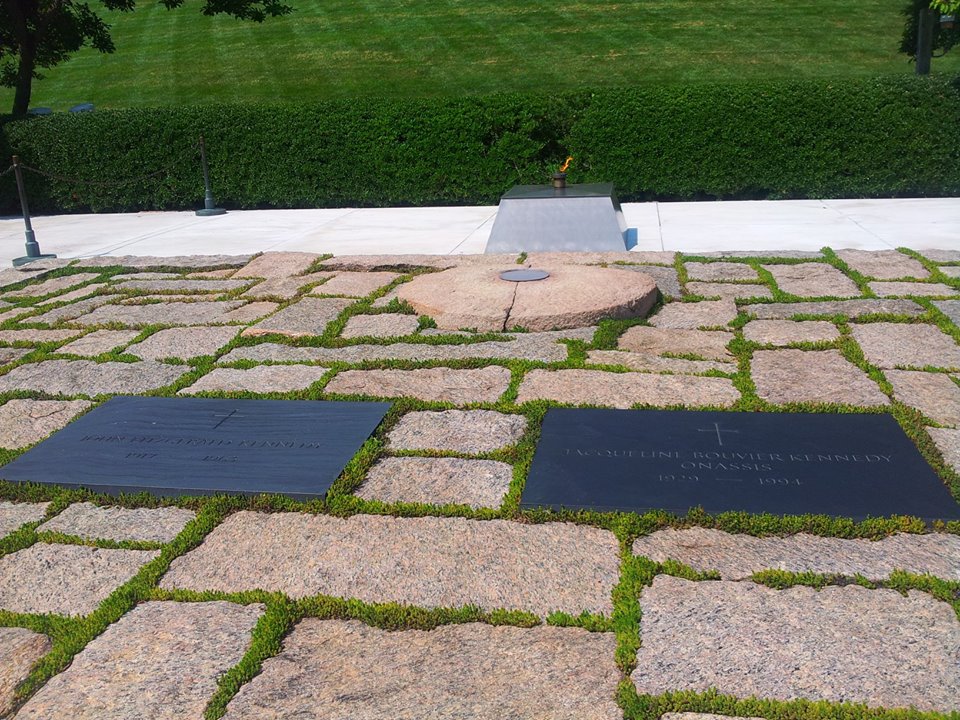 Tomb of the Unknown Soldier Photo Courtesy of Laura Maple 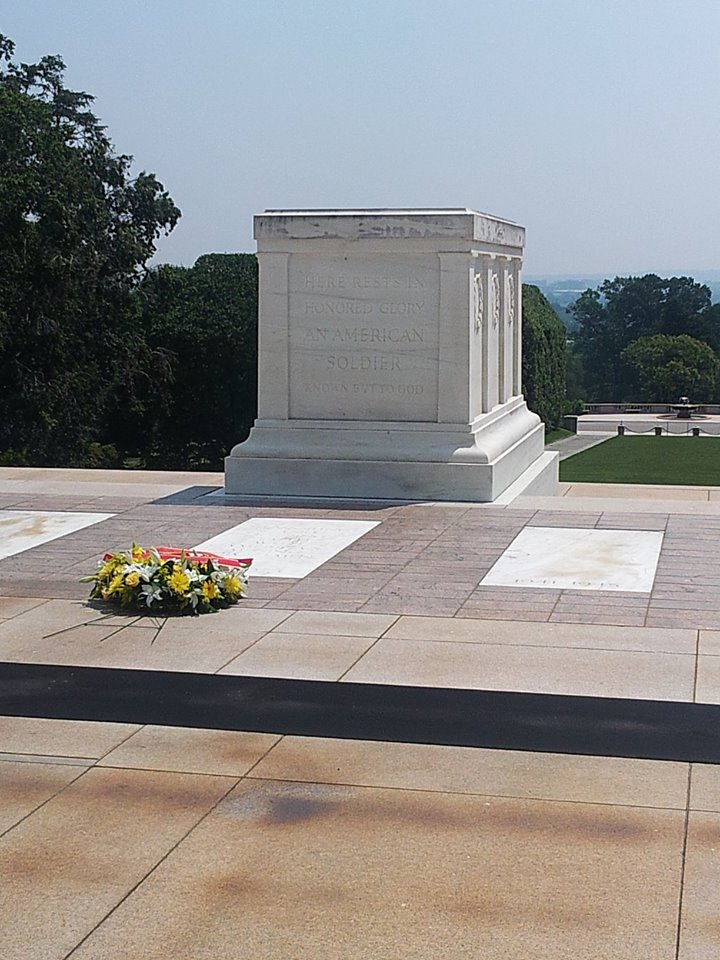 A section of the graves 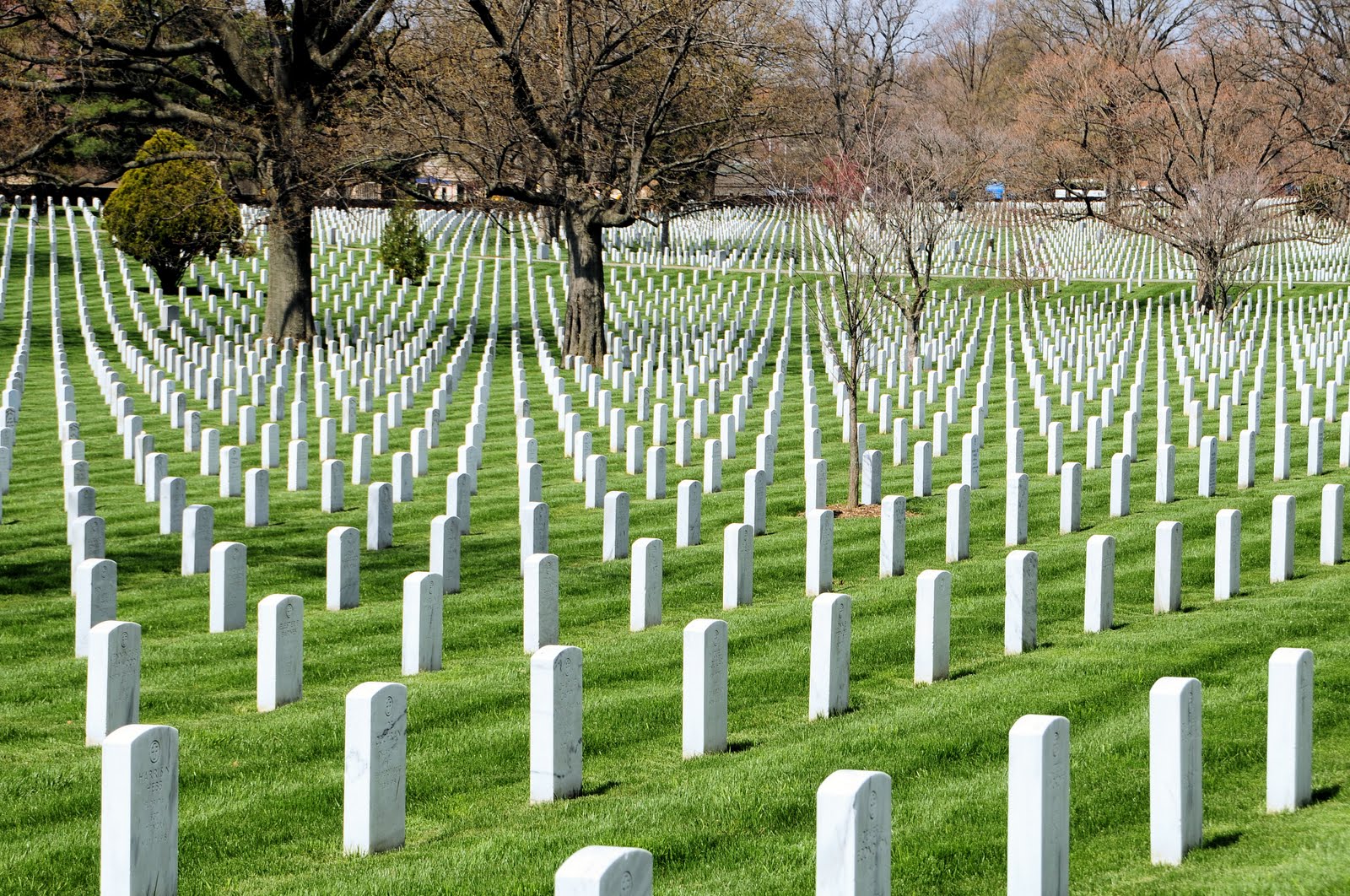 Changing of the guards ceremony 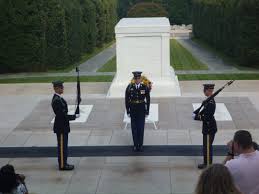 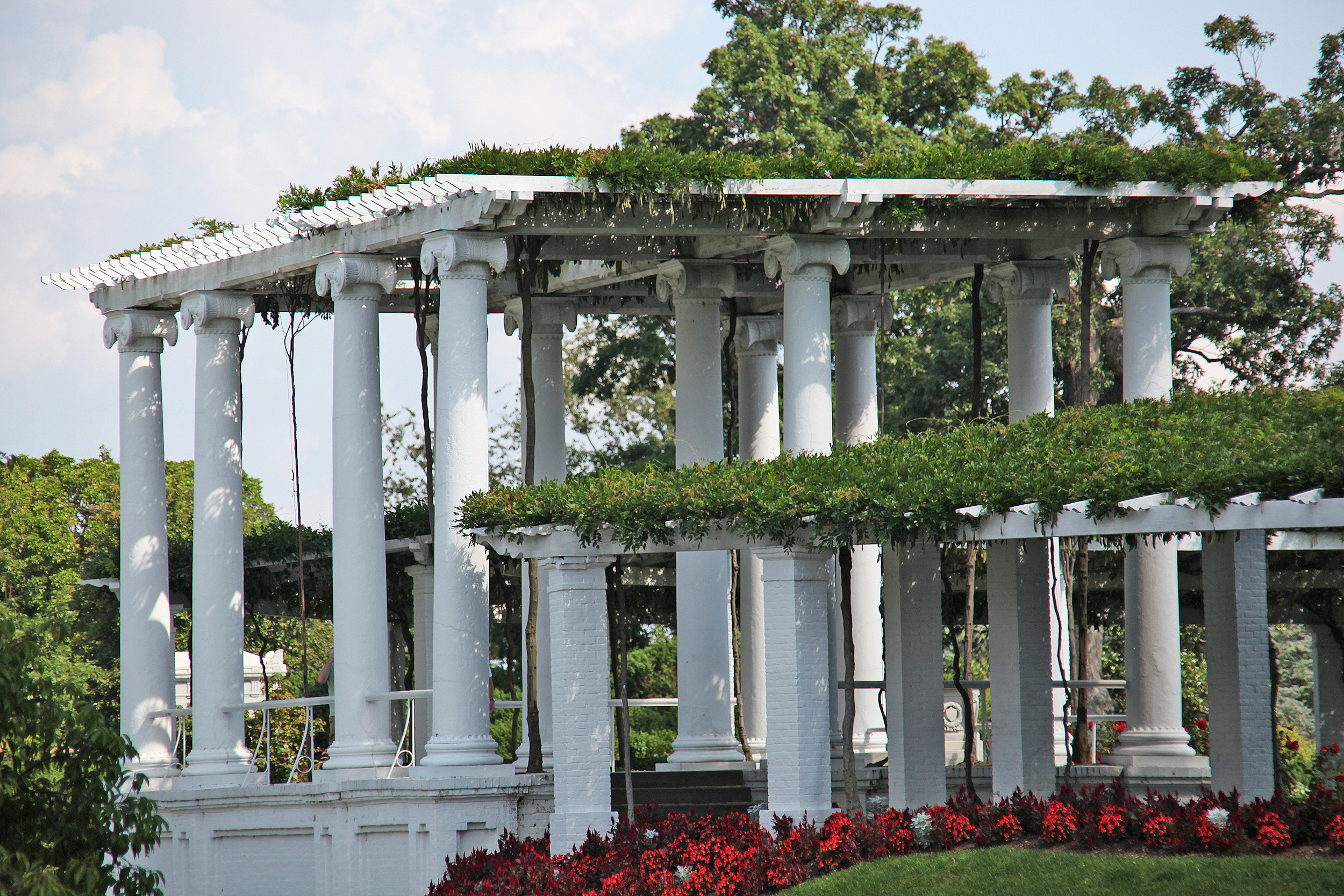 The land that now comprises the cemetery was part of a 1,100 acre plot owned by George Washington Parke Custis, the grandson of Martha Washington. The Custis-Lee mansion that still stands today was originally intended as a living memorial to George Washington. Custis devoted much of the mansion to storing Washington memorabilia that he regularly acquired including Washington's personal notes and papers and the command tent the president had used at Yorktown. The property was willed to Custis’ daughter Mary Anna Randolph Custis, wife of Robert E. Lee.

The Lee family abandoned the property at the onset of the Civil War in 1861. After the family’s departure, Union troops used the land as a camp and headquarters. Additionally, the estate became the home for many newly-freed slaves. A village named Freedman's Village sprang up around the estate where former-slaves grew food that was used for the Union’s war effort. In January 1864, the Lee family lost the possession of their property due to a property tax dispute in the amount of $92.07. Congress had passed a law that empowered commissioners to assess and collect taxes on real-estate in “insurrectionary districts” and mandated the taxes be paid in person. The law was intended both to raise revenue and to punish traitors like the Lee family.

As the war dragged on and the number of casualties grew, there was a growing need for a suitable graveyard. The first of many military burials was held in 1864. The decision to use the land for a cemetery was both a practical and political one. The land provided a site for the influx of bodies, and it was highly symbolic to bury Union soldiers on the land of the respected Confederate general.

The estate became less recognizable with every passing year. Many of the residents of Freedman's Village remained and raised families in the houses built by the Army until it was closed in 1900.  Brig. Gen. Montgomery C. Meigs served as Quartermaster General of the cemetery for two decades after the war and shaped its development. He is responsible for the construction of a large, wooden amphitheater, which has since been replaced by the Tanner Amphitheater, and the massive red arch at the cemetery’s entrance.

Today, the cemetery is home to a variety of memorials including the Tomb of the Unknown Soldier, USS Maine Memorial, John F. Kennedy Grave site and many more.

“On behalf of the American people, lay to rest those who have served our nation with dignity and honor, treating their families with respect and compassion, and connecting guests to the rich tapestry of the cemetery's living history, while maintaining these hallowed grounds befitting the sacrifice of all those who rest here in quiet repose.”