The Charleston Light Opera Guild is a community performance group founded in 1949 on Charleston's West Side. The group has weathered hard times but has gone on to thrive. It has performed over 200 shows. The Guild performs in the Civic Center, Clay Center and their own theater, which seats 225 and is located in the former home of Weekly Memorial Church. 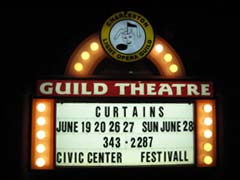 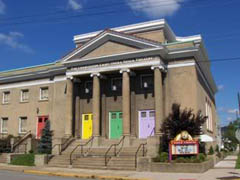 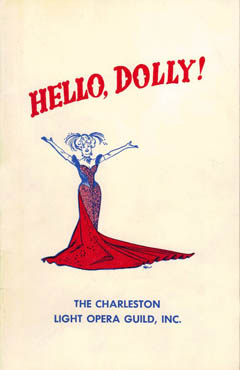 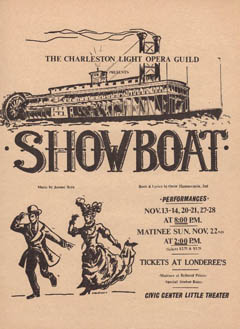 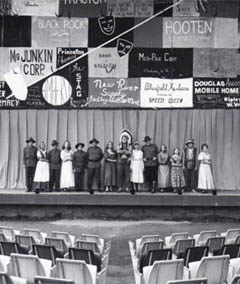 The Charleston Light Opera Guild is located in what used to be the Weekley Memorial Methodist Church. The Guild was created in 1949 by vocal teachers and performers who wanted somewhere to showcase their talents. The organization was formed under the leadership of Leonard Stocker, a professional singer and actor who come to Charleston in 1948 to teach. Stocker was joined by Annie Laurie Leonard, Margaret Hope Samms and Marguerite Palmer, also music teachers. The first production, HMS Pinafore, was exceptionally successful.

In the past decades, the Guild has done more than simply survive, they have grown from an informal group that rehearsed in homes and churches to a professional organization with their own theater. In the mid-1960s, the Guild bought a workshop in the East End of Charleston for rehearsals and to store supplies.  The roof collapsed in the late ‘60s and they lost costumes and sets.  They offered some shows at Pipestem to help offset some of the expenses they had incurred.  In 1970 the Civic Center Little Theatre saw the production of Showboat and the Guild was back in business.

In 1995, the Guild purchased the Weekley Memorial Methodist Church and in 1999, celebrated its golden anniversary year.  In 2003 the Guild became the first group to perform at Charleston’s Clay Center with a production of The Music Man. The Guild has presented over 200 shows to date and can be seen at venues throughout the city as well as the Charleston Light Opera Guild Theatre.