Upon its completion in 1917, the Sciotoville Railroad Bridge became the longest continuous truss bridge in the world, a title it would hold until 1935. The bridge was built for the Chesapeake & Ohio Northern Railway Company by the McClintic-Marshall Company, who would later build the Golden Gate Bridge. For this project, the builders worked on both the Ohio and Kentucky sides of the bridge at the same time. When it was finished, the bridge used about 27,000 cubic yards of concrete and 13,200 tons of steel. The bridge is still used by CSX (a railroad formed by a series of C&O mergers) today. 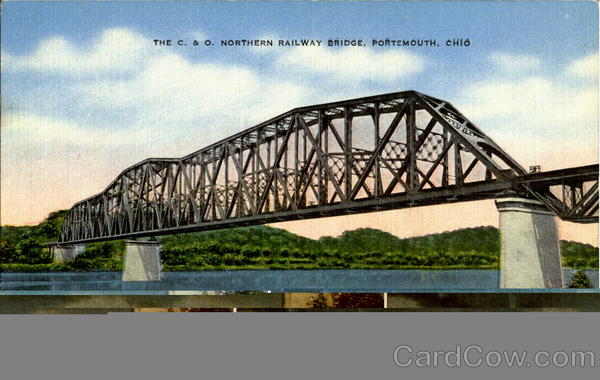 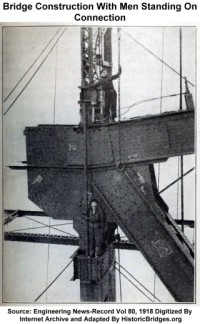 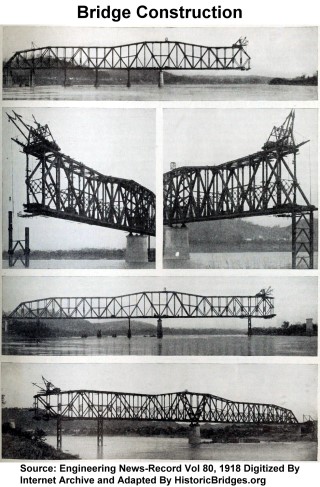 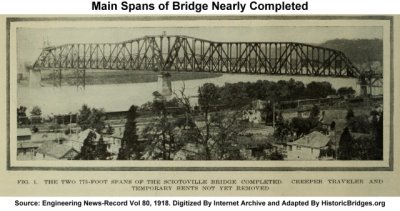 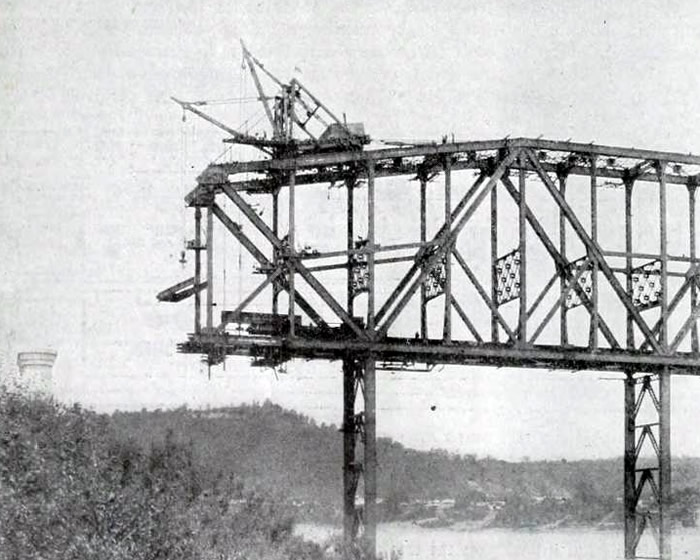 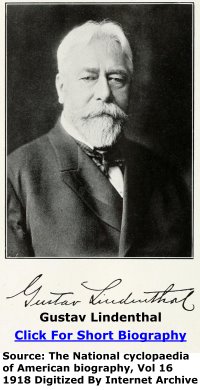 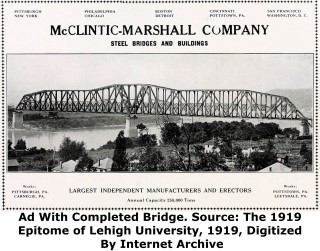 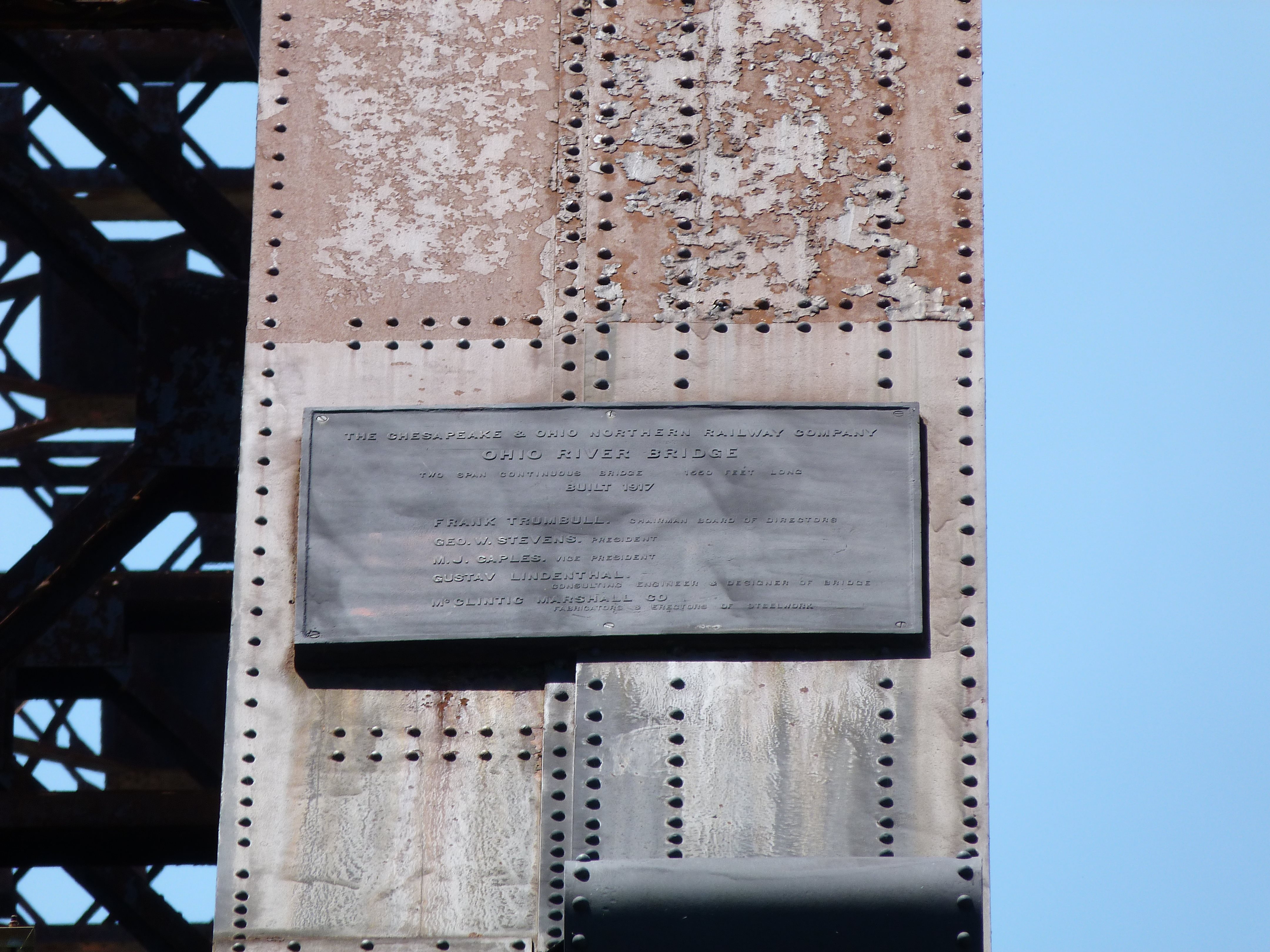 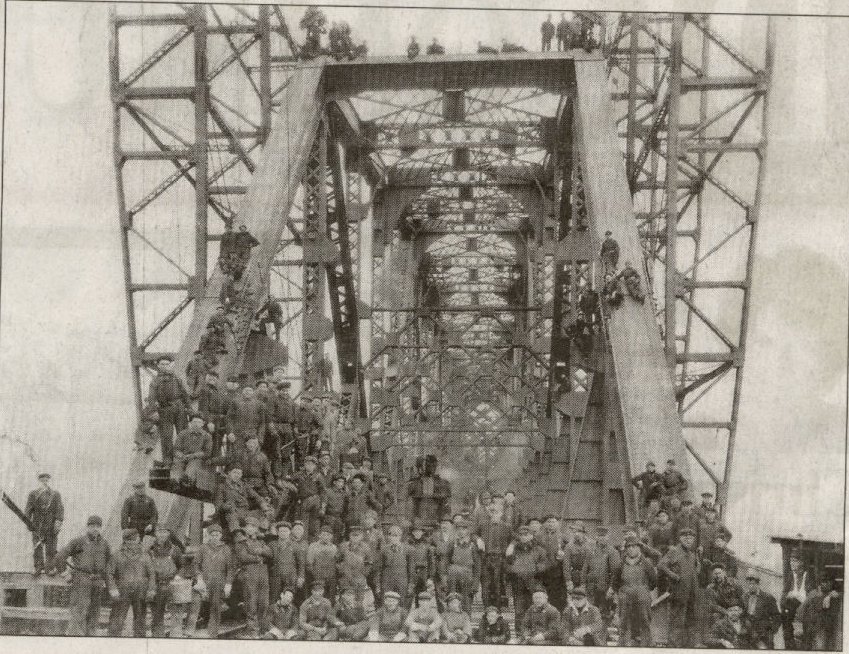 The Sciotoville Railroad Bridge was designed by David Barnard Steinman, a civil engineer from Europe, for the Chesapeake & Ohio Northern Railroad Company, or C&O Railroad for short. He worked under Gustav Lindenthal, the consulting civil engineer. Lindenthal had worked on the Austrian Empress Elizabeth Railroad in 1870 in his native Austria. He began consulting after migrating to the United States, famously designing the “Hell Gate Bridge” that spans the Hudson River from New York to New Jersey in 1885. On this specific project in Sciotoville, R.T. Robinson was the resident engineer who helped Lindental. Once the design was finished, A. Toohey worked for the contractors and oversaw the erection of the bridge.

The company contracted out to build the structure was the McClintic-Marshall Company. Partners Howard Hale McClintic and Charles Donnell Marshall founded the company only ten years previously. It had grown quickly, and they gained work on some large projects. In 1929, they constructed the longest suspension bridge in the world, the Ambassador Bridge, which crosses the Detroit River. Later, they built the iconic Golden Gate Bridge.

Construction of the Sciotoville Railroad Bridge started in 1914. It was predicted that the location for the bridge would be the source of many problems, but it actually had its advantages. Because the river had a solid rock base, settling would not be an issue. So, the engineers decided on a continuous bridge design, which would distribute weight so the steel trusses could be smaller and riveted together. This saved an estimated twenty percent of steel that was originally thought to be needed. Starting from the center, they built the bridge towards the Ohio and Kentucky sides simultaneously. On the Ohio side, there were temporary supports holding the bridge up, but on the Kentucky side, they had to leave a 370-foot clearing for river traffic. With the supported side acting as a counterweight, they built the other side cantilevered over the river like a diving board. The builders worked on a concrete pier ninety-six feet above the low water mark of the Ohio River. The pier was built on the river’s rock bed inside a cofferdam. (A cofferdam is a double walled tube placed in the water with the space between the walls being filled with sand. When completed, they could pump out all the water to have a dry workspace in the river bed).

Working on both sides of the bridge at the same time helped construction move along quickly, as did the creeper traveler. The creeper traveler was a crane set up on top of the superstructure with two booms that would lift the members up into place. Once they were lifted, they met men standing at the joint to rivet the connection nearly 100 feet above the icy Ohio River. Fortunately, there were not any deaths during the construction on the bridge. The McClintic-Marshall Company finished the project on July 31, 1917. In the end, the two continuous trusses span a collective 1,550 feet across the water. With the addition of the north and south approach viaducts (for trains to go under the bridge), the superstructure’s total length is 3,463 feet. The width was thirty-eight feet and nine inches to accommodate two sets of tracks.

Today, the bridge is still fully functional and helps transport coal across the country. CSX, the result of a C&O merger in the late 1970s, owns the bridge and does upkeep on it. In the past 100 years, it has never been refurbished but has been painted to protect the steel from rust.