This 1881 monument to the hero of the Battle of Cowpens (1781) was erected on the battle's 100th anniversary in the heart of Spartanburg. The monument is located in Spartanburg's old Public Square that has been in existence since 1787. By an act of Congress and signed by soon to be outgoing president Rutherford B. Hayes, the square was renamed Morgan Square to coincide with the battle's anniversary and dedication of the monument. Although the monument has moved a handful of times over the years, the final move in 1960 placed the monument only one hundred yards away from the original location. 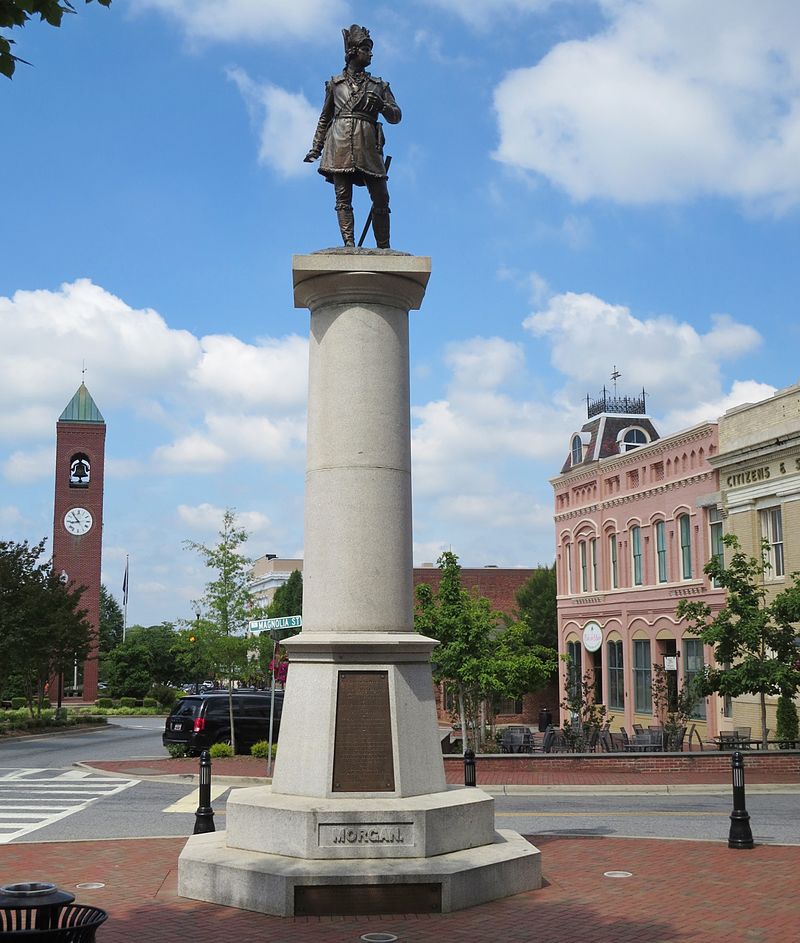 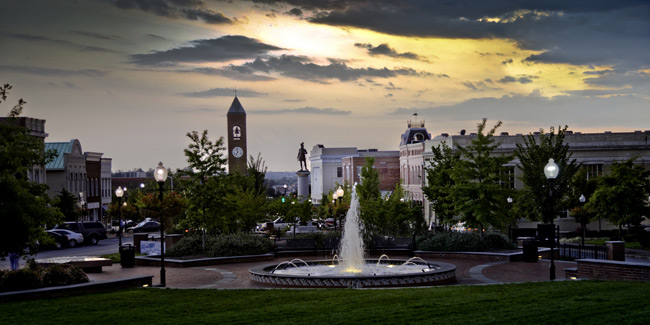 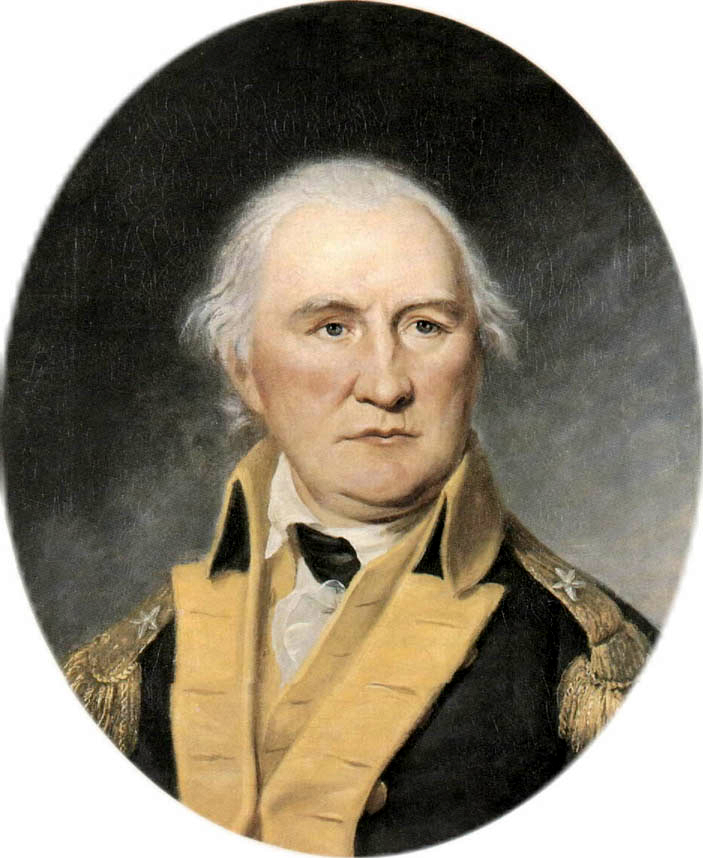 Monument as it looked in 1980. Courtesy of the South Carolina Department of Archives and History 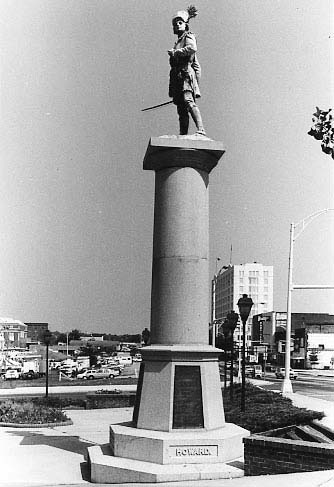 As part of Britain's Southern Campaign during the latter years of the American Revolution, General George Cornwallis moved south to tame the largely loyal Carolinas to deprive the American forces of manpower, political clout and divide the recently united colonies and end the war. General George Washington sent a detachment of his army south under command of trusted general, Daniel Morgan. After a series of raids, attacks on supplies and stretching out the British army, Morgan lured Cornwallis into an area near Cowpens, South Carolina (near Spartanburg), forced Cornwallis to attack, only to spring his trap that resulted in victory for Morgan and the Americans. This January 17, 1781 victory was the turning point of the revolution that ultimately forced Cornwallis into Yorktown, VA where he surrendered, bringing the Revolution and American victory so much more closer for the young nation. Daniel Morgan since then had become a legend and hero for the South and more specifically, South Carolina.

As 1881 came closer, it was decided by the state of South Carolina and the US Congress to rename the 1787 public square in the newly booming city of Spartanburg, near the Cowpens battlefield, from Spartanburg Public Square to Morgan Square.  Also decided was the construction of a monument of Daniel Morgan to be placed in the square on the 100th anniversary of the Battle of Cowpens.  The state was awarded $23,000 for this event.  John Quincy Adams Ward was chosen as the sculptor for the monument.  Noted South Carolina architect Edward Bickell White designed the base and pedstal.  The renaming of the square and dedication took place January 17, 1881.

In 1960 the Daniel Morgan monument was the center of a controversy about the revitalization of Morgan Square.  Citing traffic concerns, the city wished to move the monument. Proposals included moving the monument to the new Spartanburg County Library on Pine Street (between Palmetto Street and Otis Boulevard) or to Cherokee County where the Cowpens Battlefield is located.  The controversy ended up in the Daughters of the American Revolution and others suing the City of Spartanburg over the revitalization plan for Morgan Square with the removal of the monument.  The DAR cited that since Congress funded the monument in part that they may have to address the issue as well.  One source quotes the city may give up the fight for financial reasons after a judge ruled in favor of the DAR, however, further accounts were not found on the case for this entry.  The fact Morgan remained on the square appears to be some concession to the DAR’s case.

In 1960, the Daniel Morgan monument was moved about 100 yards east from the original location to the Main Street at Church Street end of Morgan Square.  The move created an additional controversy as Morgan was set to look over the square with his back turned to Cowpens.  In 2006-2007, the monument was moved west about 100 yards to the original site at Magnolia and Main Streets where he was also turned back around to face Cowpens and overlook Morgan Square.  During the move of the monument base, the Daniel Morgan Statue was housed at the Spartanburg Arts Center then located on Spring Street where he was cleaned and restored before returning to the pedestal.

The Daniel Morgan Monument was listed on the National Register of Historic Places in 1980.