Weston and Gauley Bridge Turnpike was constructed in 1848 with an initial budget of $30,000 as an easily accessible route from Burnsville to nearby Sutton. The turnpike's primary function was to facilitate commerce, especially between sawmills and gristmills of the two towns. 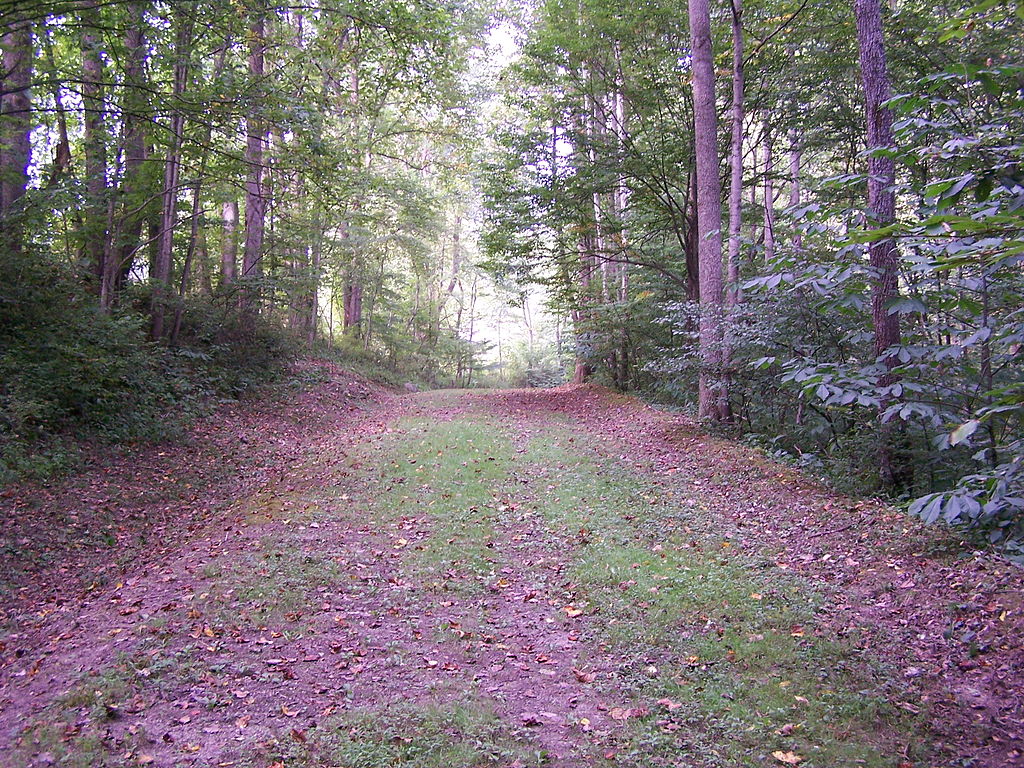 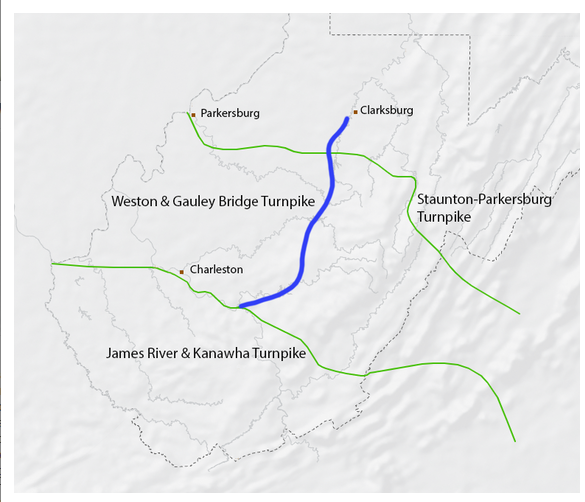 In 1849, work began on the Weston & Gauley Bridge Turnpike, which eventually stretched nearly 110 miles through a rugged Appalachian landscape. When completed, the road connected the Staunton-Parkersburg Turnpike at Weston with the James River & Kanawha Turnpike at the Gauley Bridge. The construction of the turnpike was approved by the Virginia General Assembly in March 1848. The construction of the turnpike was completed in 1858.

The most significant structure of the turnpike was the wire suspension bridge crossing the Elk River at Sutton. This bridge was built by Ira Hart with the wire being supplied by Bodley and Company of Wheeling. Despite problems with the construction and financing, the bridge was open for traffic in 1857 and served until 1930.

The turnpike was built with a cleared 30-foot way and a width of 15 feet with grades not exceeding five degrees. The Weston & Gauley Bridge Turnpike was simply an improved dirt road. The turnpike began in Weston, passed through the salt works at Bulltown, crossed the Elk River at Sutton, then traveled to Summersville, and ended on the Kanawha River at Gauley Bridge.

The turnpike was used extensively by both Union and Confederate forces during the Civil War, and acted as a vital supply route for the Battle of Bulltown. The turnpike was placed on the National Register of Historic Places in 1998 through the work of Paige Cruz.