The St. Albans Movie House was built in 1938 and has entertained thousands upon thousands of people throughout the years. St. Albans' downtown Main Street hosted the hustle and bustle of the city. Friday and Saturday nights lured in droves of shoppers and movie-goers, making the Movie House a staple landmark in the city. Now, the St. Albans Movie House is a fully-functional stage theater and has changed its name as well to better fit the role of this establishment. The Movie House is now known as the Albans Arts and Conference Center. The building remains in its original location surrounded by staple, St. Albans businesses. Occasionally, the theater will return to its roots and show movies, but now the building hosts a plethora of stage plays. It still attracts droves of individuals seeking entertainment. 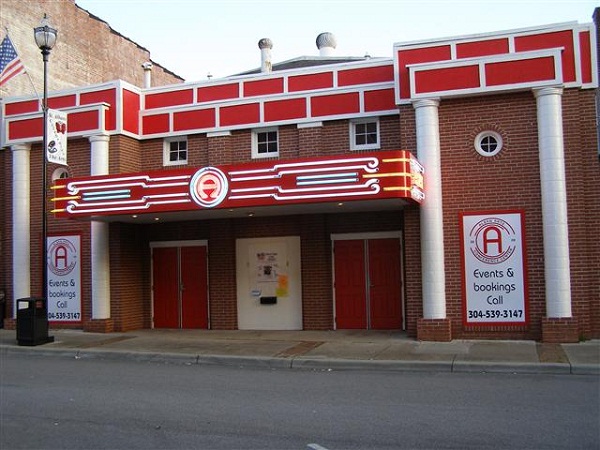 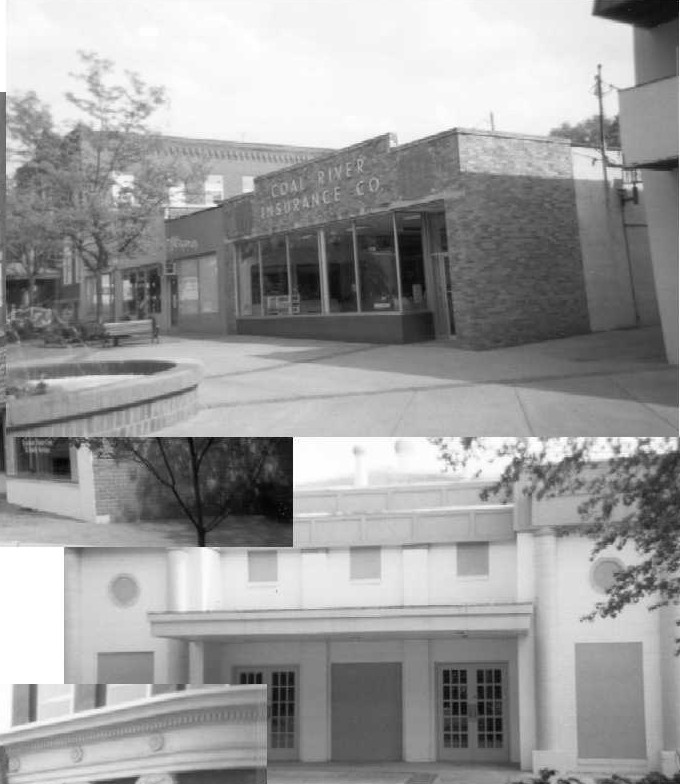 Downtown Main Street where the movie house used to be. 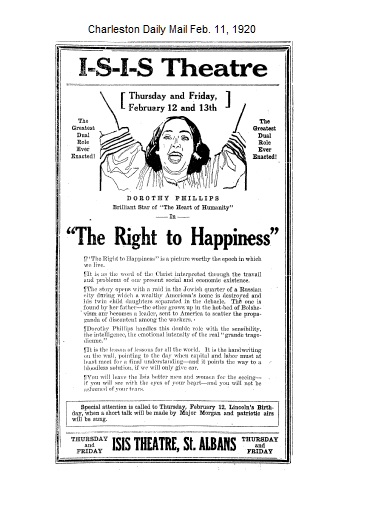 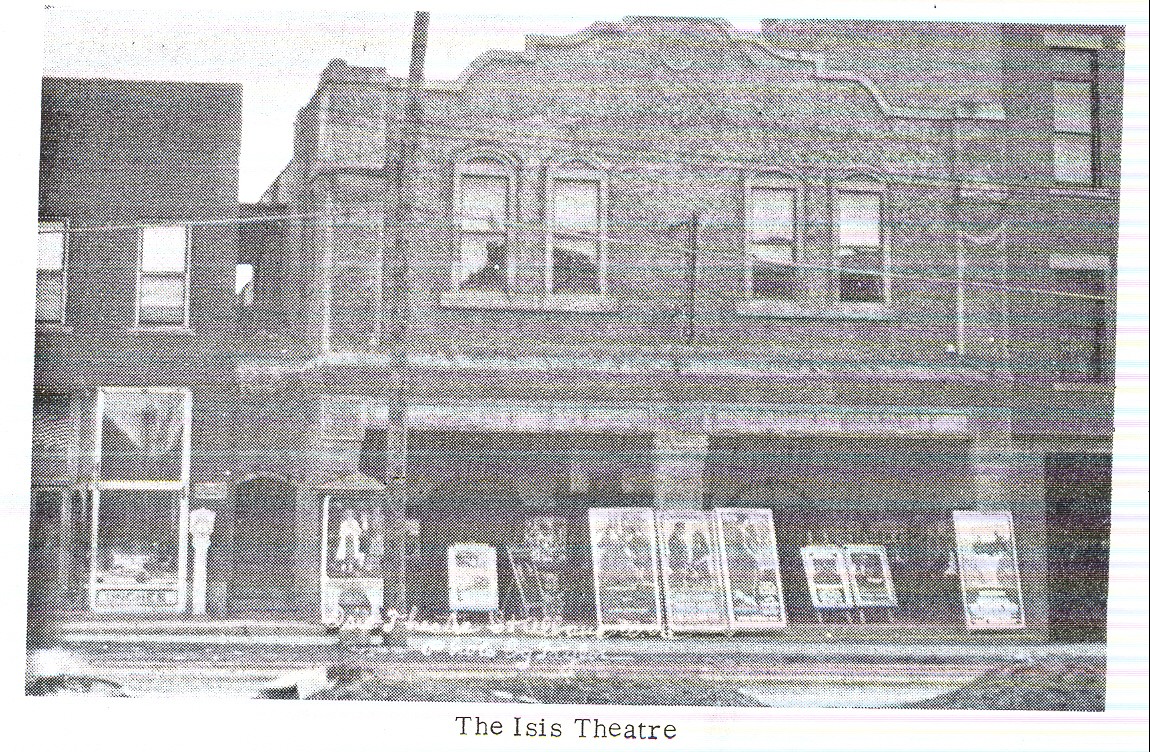 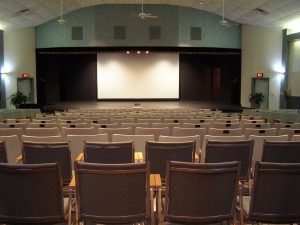 Roaring fires devastated the city of St. Albans in 1906. Most of the buildings located in the city's historic district were constructed after the fires. Many of these buildings have survived to present day, twenty-seven of which comprise the district. Although not built for another few decades, the Alban Arts and Conference Center is a vital cultural element in the St. Alban community, and shares much of the historic feel and significance of the surrounding structures.Since St. Albans, WV was growing due to the lumber and coal industries, so was the need for entertainment. The St. Albans Movie House was built 1938 showing the film Ebb Tide and was a large attraction for many in the area.

While movies were shown at the theatre, it was built to offer live performances as well, featuring a stage, dressing area, a lounge, and 500 seats. The theatre built primarily of brick, similar to many of the other buildings on Main Street. Stylistically, it was heavily influenced by Colonial and Neo-Classical (Neo-Classical Revival) architecture on the exterior of the building along with the interior décor. The building itself is one and one-half stories tall. Its exterior features a painted brick façade with concrete columnns on both sides with inset panels at street level with circular windows above, and two over two pane windows in the center section which is recessed from the ends. There is a flat metal red canopy over the entrance of double doors.

The Alban was the second theatre to open in the community with the Main Theatre also operating at the time. However, it was not a matter of competition as both had the same owner, O.B. Pierce. Pierce had a plan in the late 1930s to open the new modern Alban Theatre and remodel the older Main and reopen for a different set of patrons. In the era of segregation, Pierce intended that the Main would become the “colored” theatre which would serve the community’s African-American population.

The Alban Theatre was a staple of the community over the next several decades. Much more than a simple theatre that showed films, it hosted events such as a community fashion show and various fund raisers, including one for the local St. Albans High School exchange program. Despite these important community contributions, by 1970 the Alban Theatre had become a part of the Cinema South, Inc. chain of theatres, which operated theatres throughout Ohio and West Virginia. The new management attempted to entice patrons with a series of promotions, such as offering to sell tickets to women during Monday Night Football, among others. This lasted until about 1977.

By the early 1980s films and live performances were no longer being held at the Alban. For about two decades it served as a Kingdom Hall for Jehovah’s Witnesses. During that period, the church made numerous changes to the interior of the building to better suit its new purpose as a place of worship. The building was listed on the National Register of Historic Places as a contributing structure to the St. Alban Historic District in 2000. In 2007, the once thriving Alban Theatre sat vacant and was for sale. Under direction from the Mayor Richard Callaway, the city of St. Albans purchased the theatre building for $175,000 and renovated it, rechristening it the Alban Arts and Conference Center.

Today, it is known as the Alban Arts and Conference Center and is equipped with conference rooms, movie screen and projector, and art gallery. This was a project headed up by Mayor Richard Calloway. The Alban has 206 fixed theater seats and can be arranged to hold up to 250 people.The Alban has two conference rooms, a full kitchen and theater space. The Alban houses community theater productions, arts instruction, an art gallery, a full-size movie screen and stocked concession stand.The Alban can be rented for a variety of events: parties, conferences, concerts, weddings, pageants, fashion shows and much more.

In 2008, with inspiration and direction from Mayor Richard Callaway, renovations were made to create the new Alban Arts and Conference Center. In 2010, the Alban announced theater season with its production of Annie. The show was directed by newly-hired, theater manager, Adam Bryan, and in one night, the City of St. Albans emerged as a forerunner of arts and culture in the valleyWith the success of the first production, the theater went on and continues to produce theatrical performances and productions with yearly theater season shows. Open auditions are announced for each show. Operating costed are maintained through the support of sponsors, and donations. Adam Bryan remains the manager and director of the center with goal to provide artistic experiences and opportunities to the Kanawha Valley. Although the center operates with a regular staff, guest artists join for specific production.

The Alban Arts and Conference Center has become home to the Arts Academy. This program educates adults and youths in a variety of forms of art. The center offers classes in acting, musical theater, and all areas of stage production, which include make-up, stage craft, and directing.The center has developed into a successful artistic venue for many young actors in the Kanawha Valley. The Alban Arts and Conference Center is dedicated to hosting and promoting creative arts for the region through entertainment and education.