Opened in 1962 and named after President John F. Kennedy, The Kennedy Space Center Visitor Complex is the visitor center of the Aeronautics and Space Administration's (NASA) Kennedy Space Center. The visitor complex displays historic spacecraft and memorabilia. It receives over one million visitors each year and the complex includes two other sites: the Apollo/Saturn Center and the United States Astronauts Hall of Fame, both of which are not far from the visitor complex. Notable spacecraft on display at the Apollo/Saturn Center are the Saturn V Launch Vehicle and an Apollo Capsule. Other spacecraft on display at the complex are the Space Shuttle Atlantis, an Apollo Lunar Module, and several rockets in the "Rocket Garden." Other highlights include the Space Shuttle Launch Experience, which allows visitors to simulate a launch into outer space, and the Astronaut Memorial, which commemorates those astronauts who have died in the line of duty.

Aerial view of the Visitor Complex 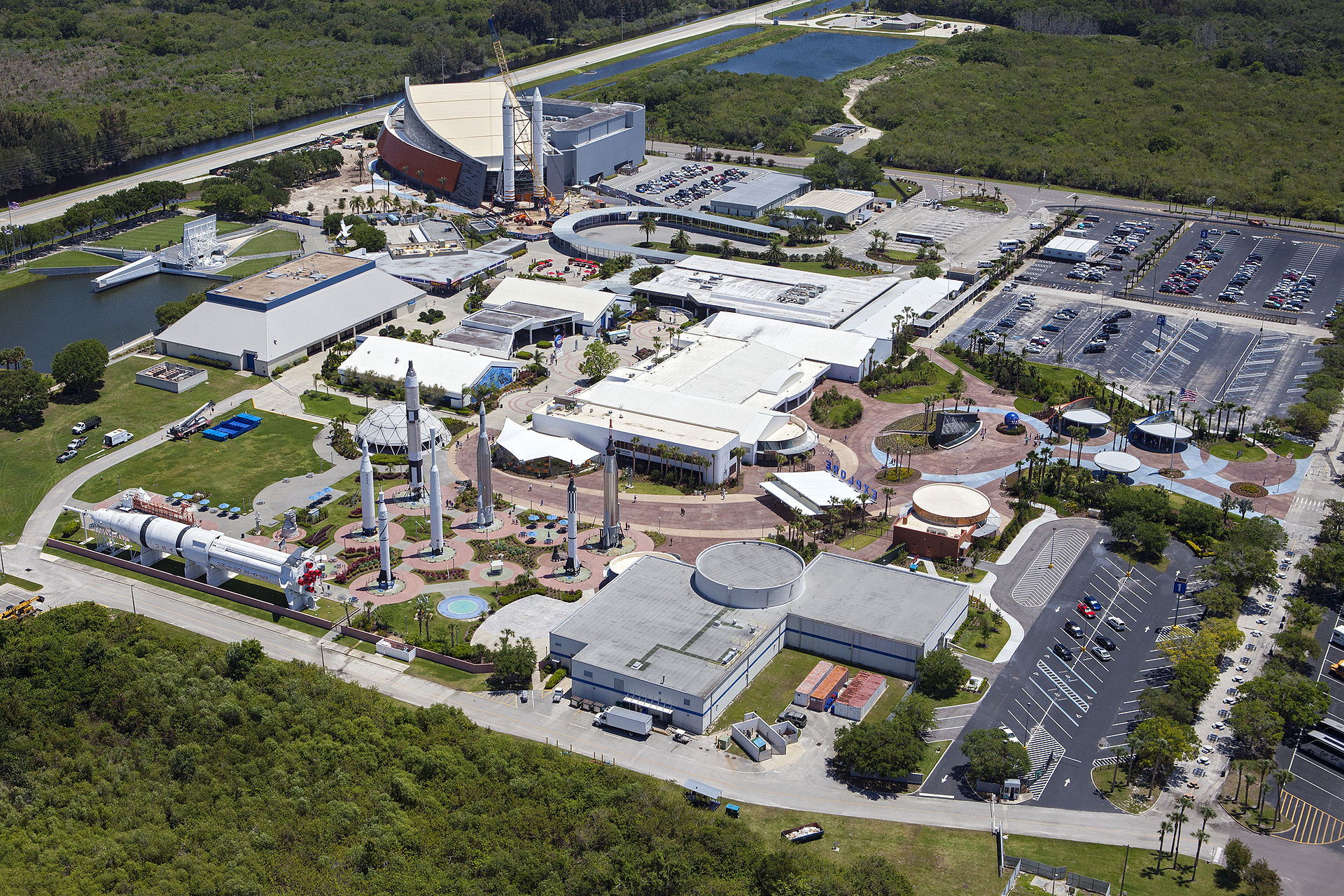 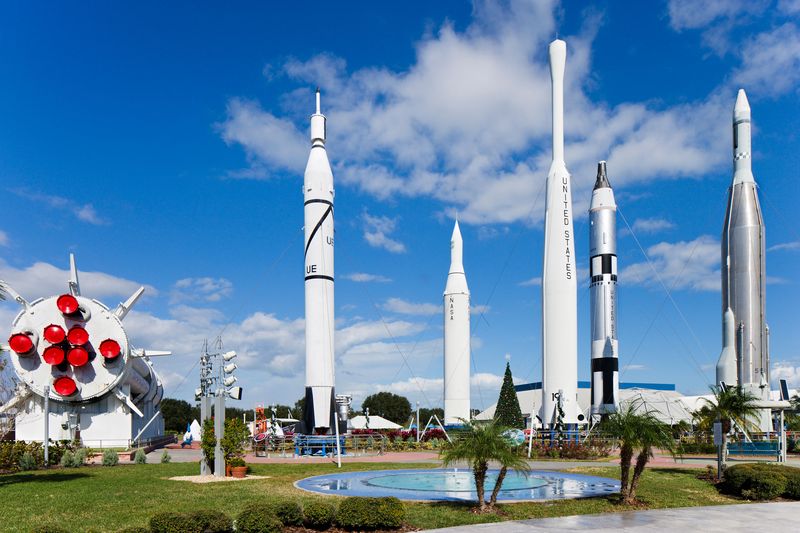 The Saturn IB Rocket, used for the Apollo Program 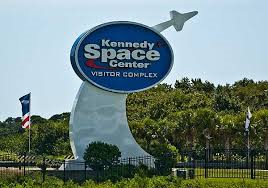 Excitement began to build next door at the Kennedy Space Center (KSC), which had earned its own status as an official space center in 1962 and had been named for the late President John F. Kennedy shortly after his assassination in November 1963. In January 1965, after a year of successful drive-through tours at Cape Kennedy, tours expanded to include areas of the Kennedy Space Center. On the first day, nearly 2,000 visitors came. Based on this success, the Spaceflight Committee authorized $1.2 million for the creation of a visitor center at Kennedy Space Center. World War II veteran and Texas Representative Olin E. Teague even supported this creation.

Several possible locations for the visitor center were discussed, including a 20-acre site south of Titusville. Ultimately, a site within Kennedy Space Center was chosen, not only would it provide virtually unlimited acreage for future expansion, but mainly, because no matter what else visitors saw or did, they could say they had actually set foot on the premise of the Kennedy Space Center. Plans for the construction and content of the visitor center moved forward, and in the meantime, a temporary facility was established on Highway 1, two miles south of Titusville at the main entrance to the Space Center. It provided basic exhibits and also served as a hub for public bus tours, which began on July 22, 1966.

The following year, the actual visitor center opened and when Walt Disney World opened in 1971, 30% of park goers stopped by the visitor center increasing attraction to the site. However, audiences were a bit disappointed by the lack of polish to the visitor center. It just felt like it didn’t have as much as the actual space center. A upgrade worth $2.3 million was approved which focused on benefits of space exploration and adding more entertainment for guests. It stands currently as the fifth popular attraction in Florida.

During the first week of operation, a reported 13,555 guests took the guided bus tour with 75% of those guests opting for the 3-hour tour that provided a look at both KSC and the Cape. Within three months, nearly 100,000 visitors had taken the bus tour. Within one year, 475,000 guests toured KSC and the Cape, far exceeding NASA’s beginning expectations at the time. With help from the National Park Service, NASA created a plan to accommodate a projected 2.9 million visitors by 1967 and 3.2 million visitors by 1970. The proposal included a Visitor Information Center (VIC) as well as a guided bus tour of the center and its operations. A private concessioner was contracted to operate these programs

In April 2012, Kennedy Space Center Visitor Complex celebrated a remarkable milestone when it was entrusted with the care of the authentic space shuttle, Atlantis, one of only three remaining space-flown orbiters in the world. In June 2013, the Visitor Complex unveiled the Space Shuttle AtlantisSM attraction containing four cinematic productions and more than 60 interactive experiences that invite guests to “be the astronaut” and to celebrate the people, passion and patriotism behind the shuttle program. Earlier in the same year, the Visitor Complex opened a dramatic new entry, featuring a grand plaza and fountain, ticket booths and self-service kiosks, Will Call, guest services and information booths, the Voyagers retail shop, the Rocket Garden Cafe, and a new walkway that helps lead guests on a more deliberate path through the park.