Located in Cincinnati, Ohio, Crosley Field served as the home field for the Cincinnati Reds baseball team for 58 seasons as a member of the National League. First opened as Redland Field on April 11, 1911, the stadium was built to replace the Reds former home, the Palace of the Fans, out of necessity to accommodate the growing attendance enjoyed by baseball across the country. Designed by Harry Hake with an initial construction cost of $225,000, Redland Field served as a transitional model of architecture as wooden stadiums were replaced with concrete and steel building materials joining Shibe Park, Comiskey Park, and Forbes Field. Financial constraints threatened the future of the Reds in Cincinnati until the stadium was sold to Powel Crosley in 1934 in an effort to keep the team in the city and was subsequently renamed Crosley Field. Throughout the stadium's use, Crosley Field witnessed a plethora of baseball history attesting to Cincinnati's rich baseball tradition. Crosley Field hosted the infamous "Black Sox" scandal in the 1919 World Series and saw the first major league night game played on May 24, 1935, with the special assistance of President Franklin Delano Roosevelt. The Reds played their final game at Crosley Field on June 24, 1970 as fans enjoyed a comeback win against the San Francisco Giants. The intimate character of Crosley Field gave way to the fashionable, multi-purpose stadiums of the day in the 1970s, yet the personality of the classic ballpark remains in the annals of baseball history. 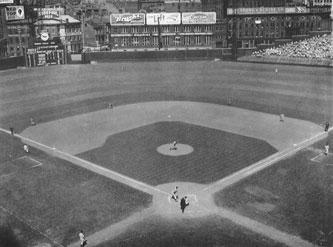 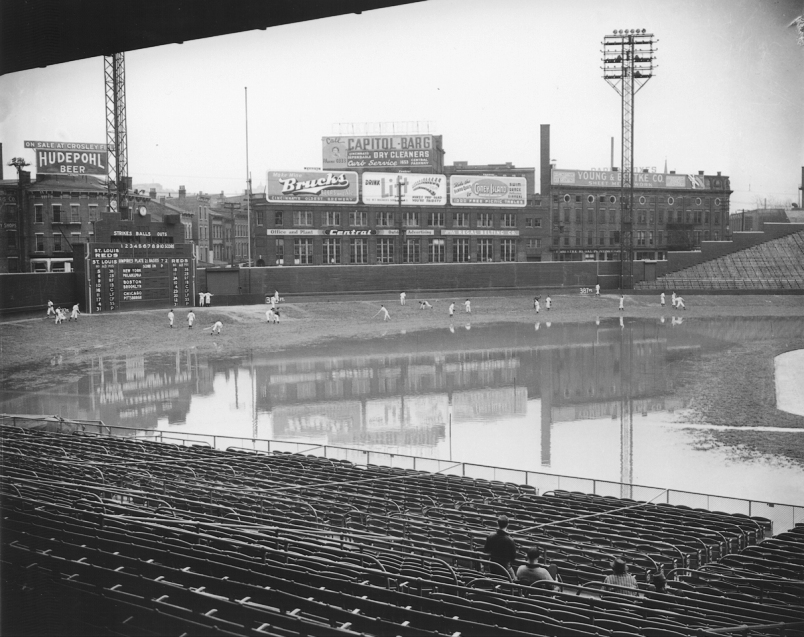 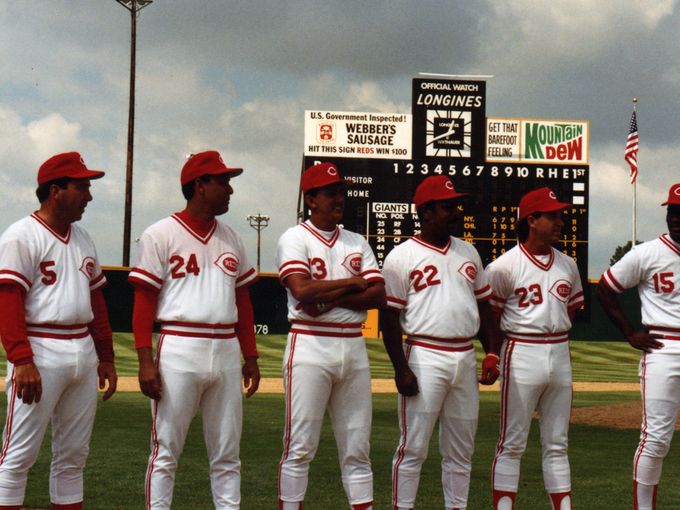 Map Showing Where Crosley Field was Located Before Destruction in 1972

City Gospel Mission is located where Crosley Field once stood and in 2016 the Mission created this mural on the side of their building to honor the former ballpark. 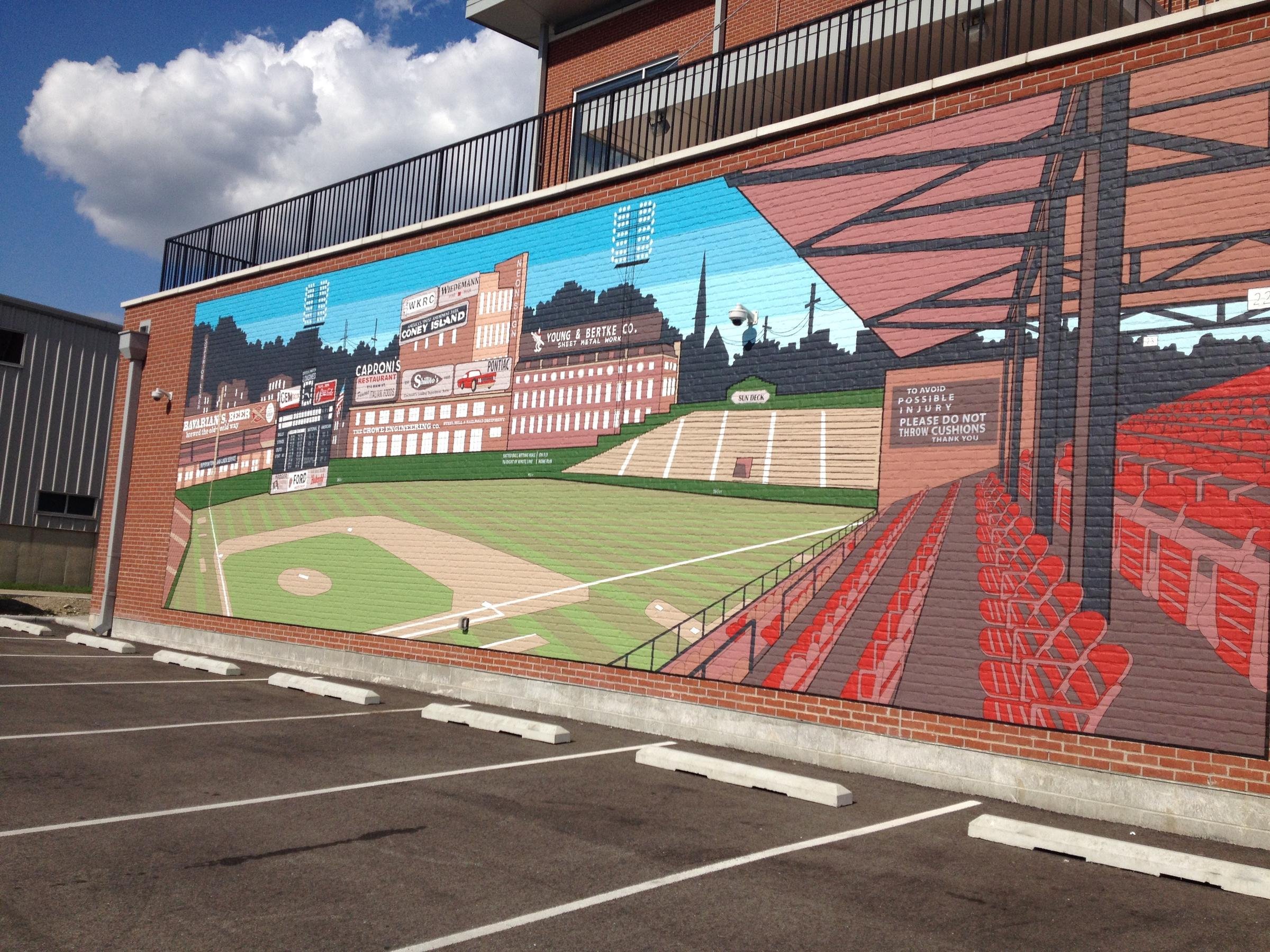 At the turn of the 20th century, the Cincinnati Reds were routinely drawing capacity crowds of 6,000 spectators at their former park the Palace of the Fans. With baseball attendance rising across the major leagues, Reds president Gary Harmann commissioned architect Harry Hake to undertake the project of building a new stadium. After the conclusion of the 1911 season, the former stadium was demolished, and construction began on Redland Field on the same site. The construction cost amounted to $225,000 for the new 20,696 capacity home for the Reds. On April 11, 1912, 26,336 fans gathered on opening day to enjoy a 10-6 victory over the Chicago Cubs as Cincinnati christened its new ballpark.

During the 1919 season, Redland Field served as a witness to one of the most infamous events in baseball history as the Reds and the Chicago White Sox met for the World Series. Unfortunately, gambling interests compromised the integrity of the series in what would come to be known as the "Black Sox" scandal. Notable White Sox players including Chick Gandil and Eddie Cicotte, among others, were complicit in a gambling fix to throw the series. Redland Field hosted the first contest with a 9-1 decision in favor of the Reds, followed by a 4-2 Reds victory in game two. The Reds eventually sealed their victory in the eighth game of the nine-game series; however news of the scandal became nationally known to the dismay of baseball fans around the country.

The market crash of the Great Depression constrained the finances of then Reds owner Sidney Weil in 1929 whose assets were foreclosed on in 1933 by the Central Trust Company. The possibility of losing the team compelled Powel Crosley to purchase the Reds in 1934 and renamed the stadium to Crosley Field. Determined to increase attendance, Crosley invested $50,000 in procuring over six-hundred 1,500-watt bulbs in order for the Reds to play night games. On May 24, 1935, President Franklin Delano Roosevelt pressed a telegraph key from the confines of the White House to turn on the lights as Crosley Field hosted the first major league baseball night game.

With the proliferation of automobile use in conjunction with shifting demographics and a rising crime rate, the Reds' ownership made the decision to design a new ballpark and close Crosley Field. One last time, Crosley Filed would host the Reds as they played the San Francisco Giants on June 24, 1970. After a game-tying home run by Johnny Bench, Lee May enthralled Reds fans with a deciding blast over the fence to seal a victory to close Crosley Field. The home plate was dug up and transferred over to the site of the new home of the Reds at Riverfront Stadium.