The Old Mississippi State Capitol, also known as Old Capitol Museum or Old State Capitol, is presently operated as a museum by the state of Mississippi. The building dates from 1837, and was the Mississippi statehouse until 1903. It was declared a National Historic Landmark in 1990. The Old Capitol was the site of some of the state’s most significant legislative actions, such as the passage of the 1839 Married Women’s Property Act, Mississippi’s secession from the Union in 1861, and the crafting of the 1868 and 1890 state constitutions. 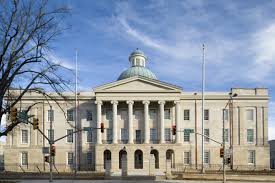 The Old Capitol has been restored to its original grandeur and reopened by the state as a free museum focusing on the distinguished history of the building and the events that have taken place in it. Interactive multimedia exhibits explore the roles of the legislature, governor, and high court, as well as the importance of historic preservation to the state, the activities that took place in the building after the New Capitol was constructed in 1903, and much more.