Saint Croix Island International Historic Site is a small uninhabited island in the St. Croix River between the United States and Canada; it is officially within the boundaries of the U.S. The island, in 1604, was the site of France's first attempt to colonize North America. The group was led by Pierre Dugua. Of the 79 colonists who arrived on the island, 35 of them died during the winter due to scurvy. Those who survived befriended the local Passamquoddy Indians who traded game with them. Dugua found a more suitable site for the colony on a site in present day Nova Scotia in 1605 and named this settlement Port Royal. The island was declared a National Monument in 1949 and an international historic site in 1984. No one is allowed on the island but there is a visitor center, ranger station, and interpretive trail directly across form the island. The island is also listed on the National Register of Historic Places. 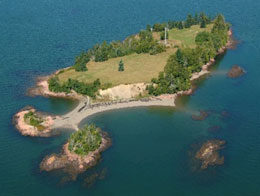 The island as seen from the Canadian side 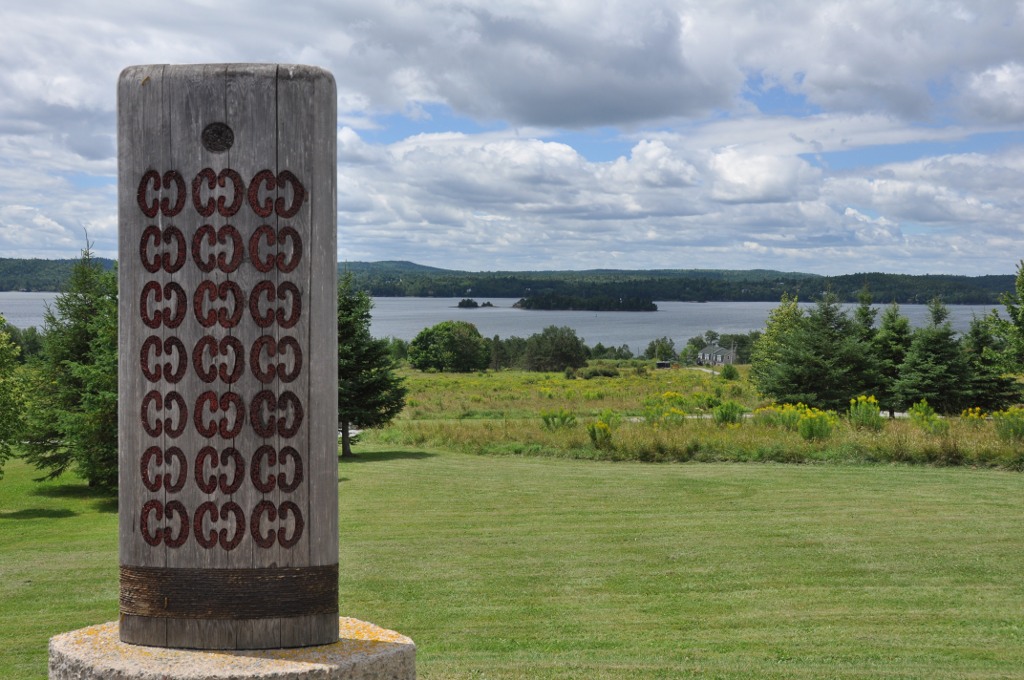 An interpretive model of the settlement 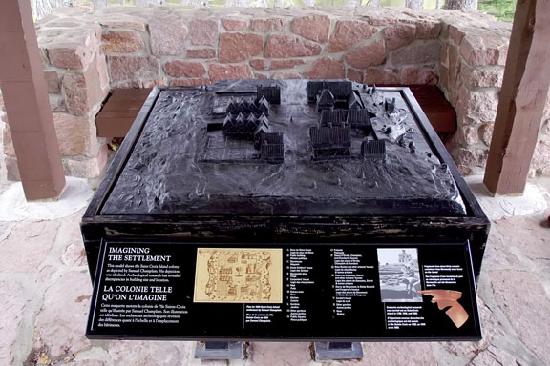