The Coalfield Jamboree is a historic theater located on Main Street in Downtown Logan, right across from the Logan County Courthouse. It is the second theater to be built in downtown Logan, replacing the 400 seat Logan Theater. It has had many performances, including one by America's Got Talent winner, Landau Eugene Murphy Jr. 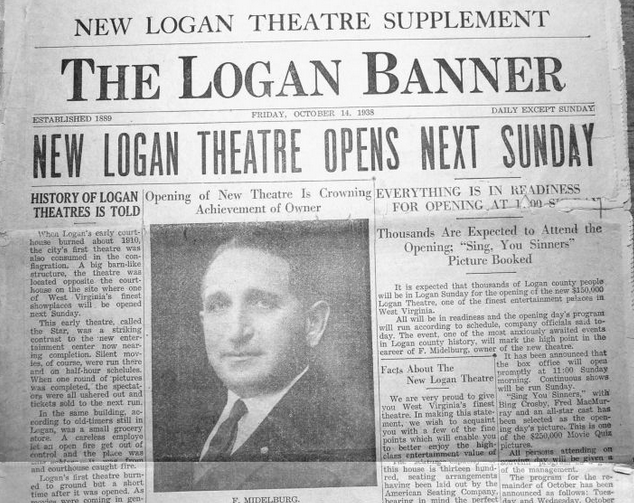 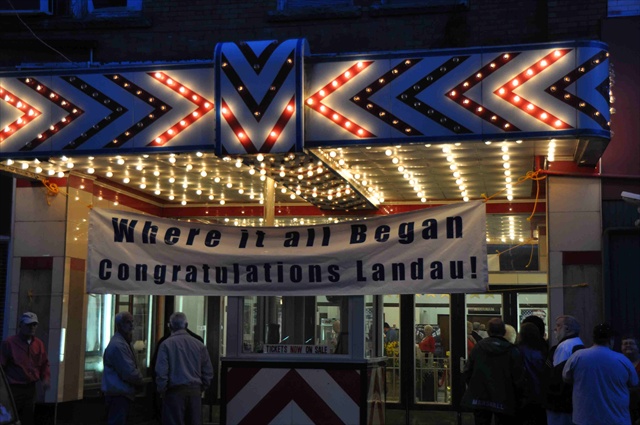 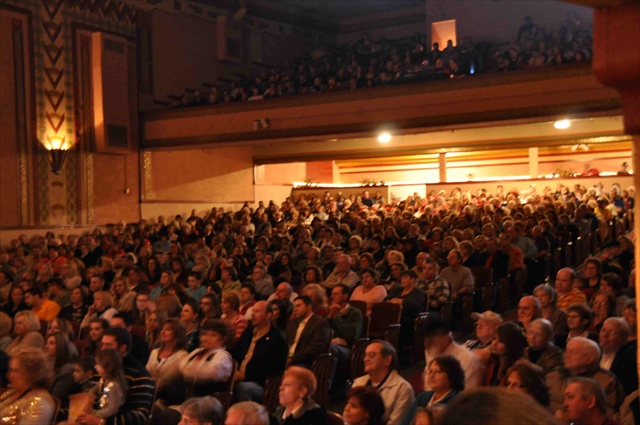 Originally known as the New Logan Theater, the Coalfield Jamboree is one of the largest performing arts theaters in southern West Virginia. The Jamboree was built by local businessman F. Midleburg for only $150,000. At the time of its opening in 1938, it was ahead of its time. It was the first theater in the State of West Virginia to have air conditioning.

The opening show was on October 16, 1938 with Bing Crosby's "Sing You Sinners." It replaced the much smaller Logan Theatre, which only had 400 seats in its auditorium. The Jamboree has 1,180 seats, with one hundred of them being balcony seats located next to the restrooms. That balcony was constructed for African-Americans, and they had to use the bathrooms on the top and were not allowed to use bathrooms on the bottom floor. Now, the restrooms on the second floor are the public restrooms, while the first floor bathrooms are the handicap bathrooms.1

While the Coalfield Jamboree has hosted a plethora of events including internationally recognized musicians, high school theater productions, and local church events, the venue has had only had three different performances that were sellouts. The three were as follows: The Crabb Family, George Jones, and Billy Ray Cyrus.

Logan Theatre History. Dave Allen - Host of "Dave in the Morning" on WVOW. Longest running morning show in the state. Hosted numerous events at the Coalfield.