The West Quoddy Head Light is the easternmost lighthouse in the United States. It was first constructed in 1808 and was rebuilt in 1858, at which time the keeper's house was added. It was one of the earliest lights built in the country. It stands at 49 feet high and the light can be seen 15-18 miles away. It remains in operation as a navigational aid and is one of only eight lights in the country to use a Fresnel lens. The light is known for its red and white stripes and its image was used on a stamp in 1999. The daily operations of the lighthouse is maintained by the West Quoddy Head Light Keepers’ Association. It is listed on the National Register of Historic Places. 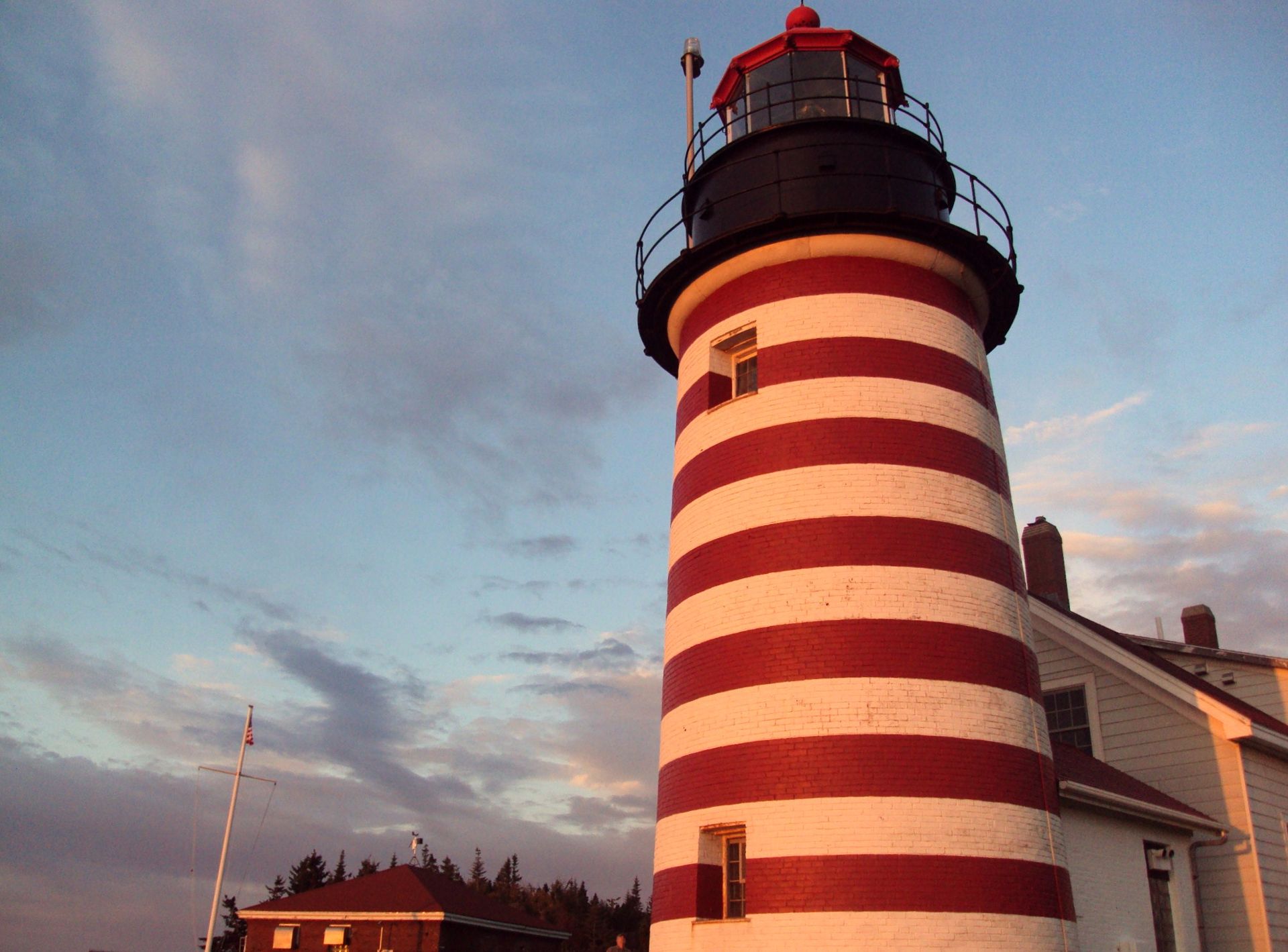 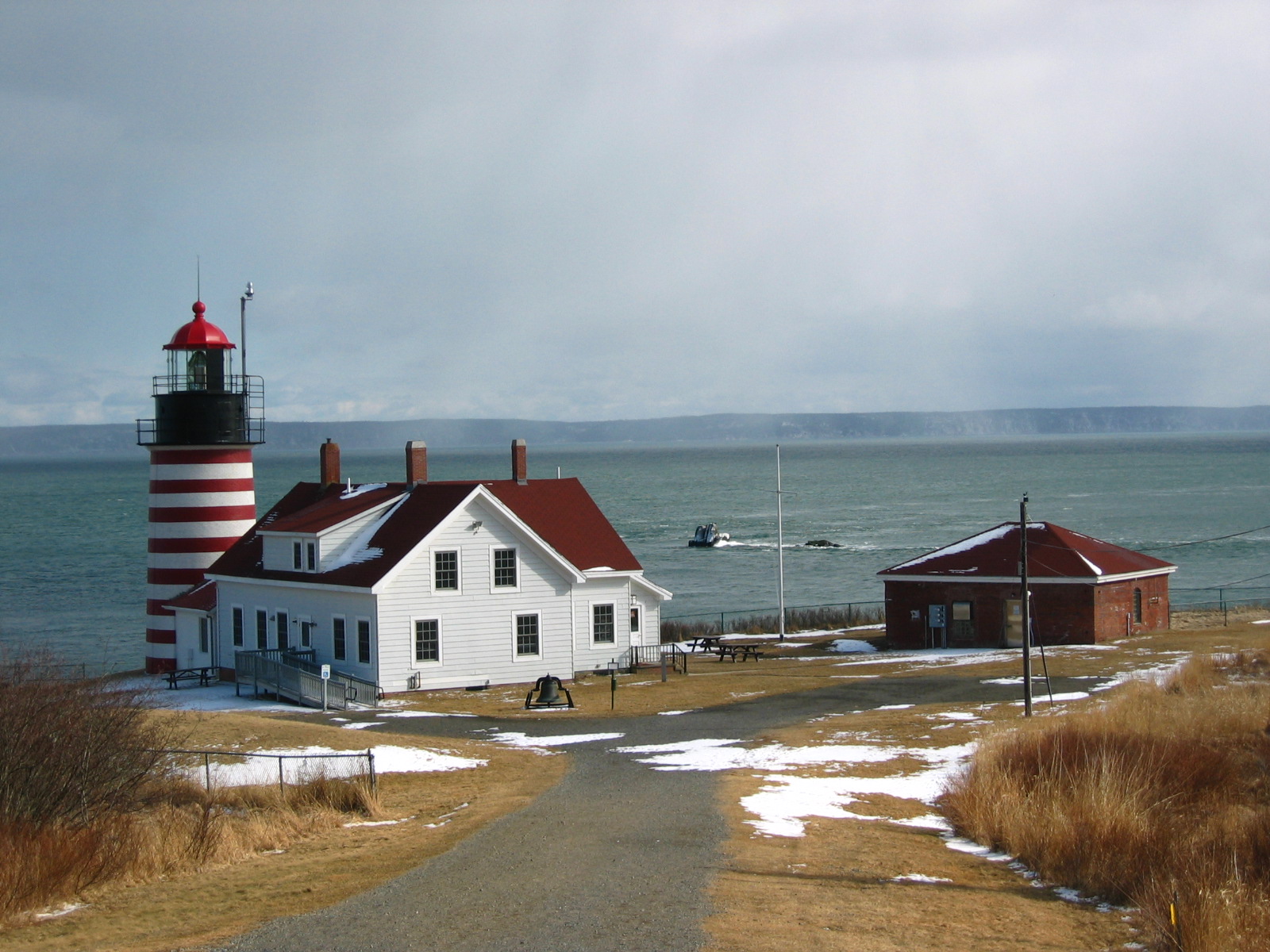 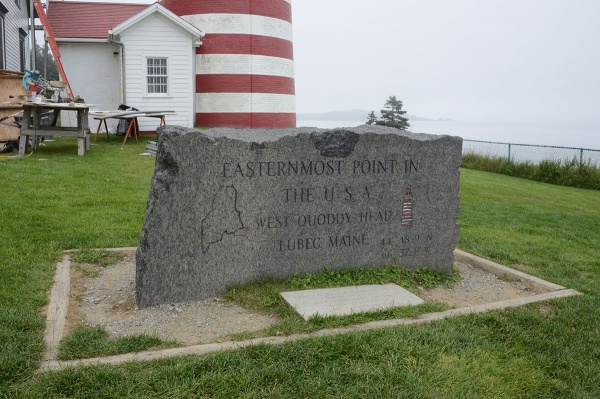 Since 1808, there has been a lighthouse here to guide ships through the Quoddy Narrows. Quoddy Narrows is a strait between Lubec and Campobello Island, Canada. The light has been updated over its long history. It was first authorized in 1806, and the first structure was built in 1808. As in other lights, at first an oil lamp burned whale oil to illuminate the light. In 1820, Congress authorized the first fog signal at the station, a 500-pound bell.

When it was rebuilt in 1858, the Fresnel lens was installed. It continued to use oil. In 1869, a steam operated horn was installed to replace the old fog bell. West Quoddy was one of the first two stations in the country to be equipped with one. The light was electrified in 1932 and automated in 1988.

The lighthouse consists of a circular tower 49 feet tall above the ground and narrower at the top than at the base. The light has an 18-mile maximum range and rises 83 feet above the water. The most distinctive aspect of the lighthouse tower

are the alternating red and white horizontal bands. The one-and-a-half-story keeper's house is of a frame construction with gabled roof. It has three brick chimneys, vinyl siding, and brick foundation. A hip-roofed wood frame service building and a gabled roofed wood frame oil house complete the light station complex.

Maintenance was transferred to the U.S Coast Guard which manned the light until 1988. The state of Maine obtained ownership of the house and light but the Coast Guard still owns the lamp assembly. The third order Fresnel lens is the only third order, and one of only eight Fresnel lenses still in use on the Maine Coast. West Quoddy is the easternmost point of land in the U.S. The former keeper's house now serves as a museum and visitor's center.

United Divide: A Linear Portrait of the USA/Canada Border, The Center for Land Use Interpretation. Accessed July 27th 2020. http://www.clui.org/section/united-divide-a-linear-portrait-usacanada-border-0.

Courtesy of the Center for Land Use Interpretation