Constructed between 1858 and 1871, Old Main is a complex of Gothic Revival campus buildings that include Bethany College's Commencement Hall as well as classrooms, laboratories, and offices for faculty and administrators. Bethany College is a private liberal arts college established in 1840 by Alexander Campbell and the oldest institution of higher education in the state. Old Main was named a National Historic Landmark in 1990 owing to its architectural significance and the influence of Bethany founder Alexander Campbell. President John F. Kennedy is among the many people of influence who have delivered a speech at Bethany's Commencement Hall which was restored to its historic appearance along with the building's tower in the late 20th century. 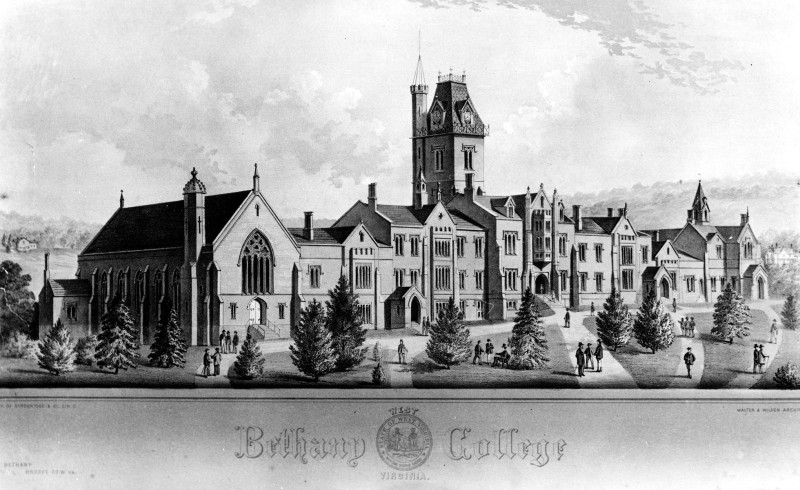 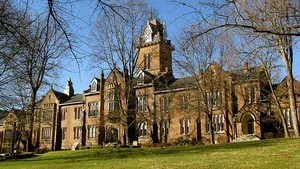 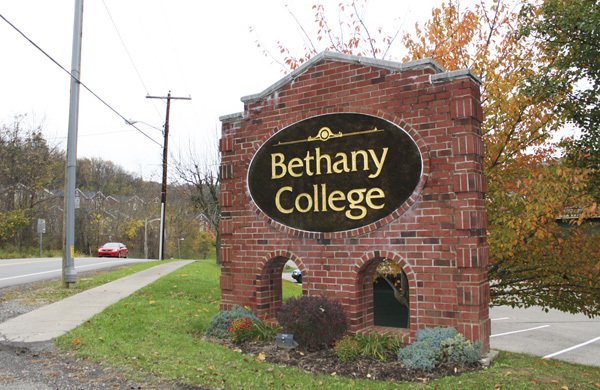 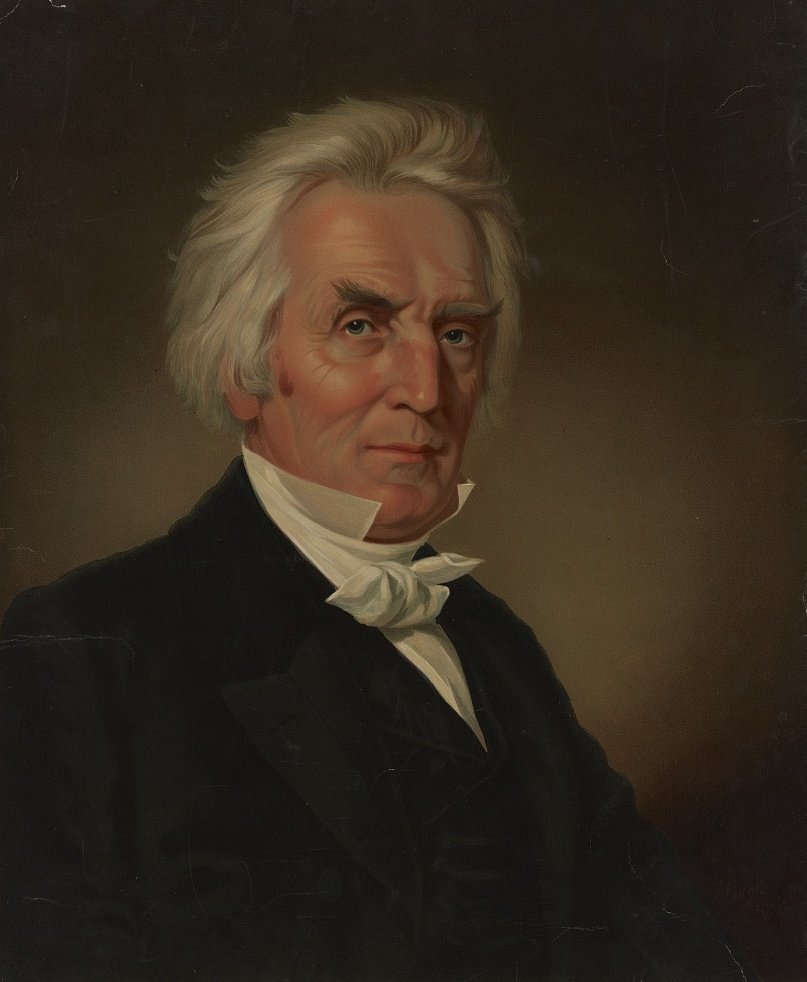 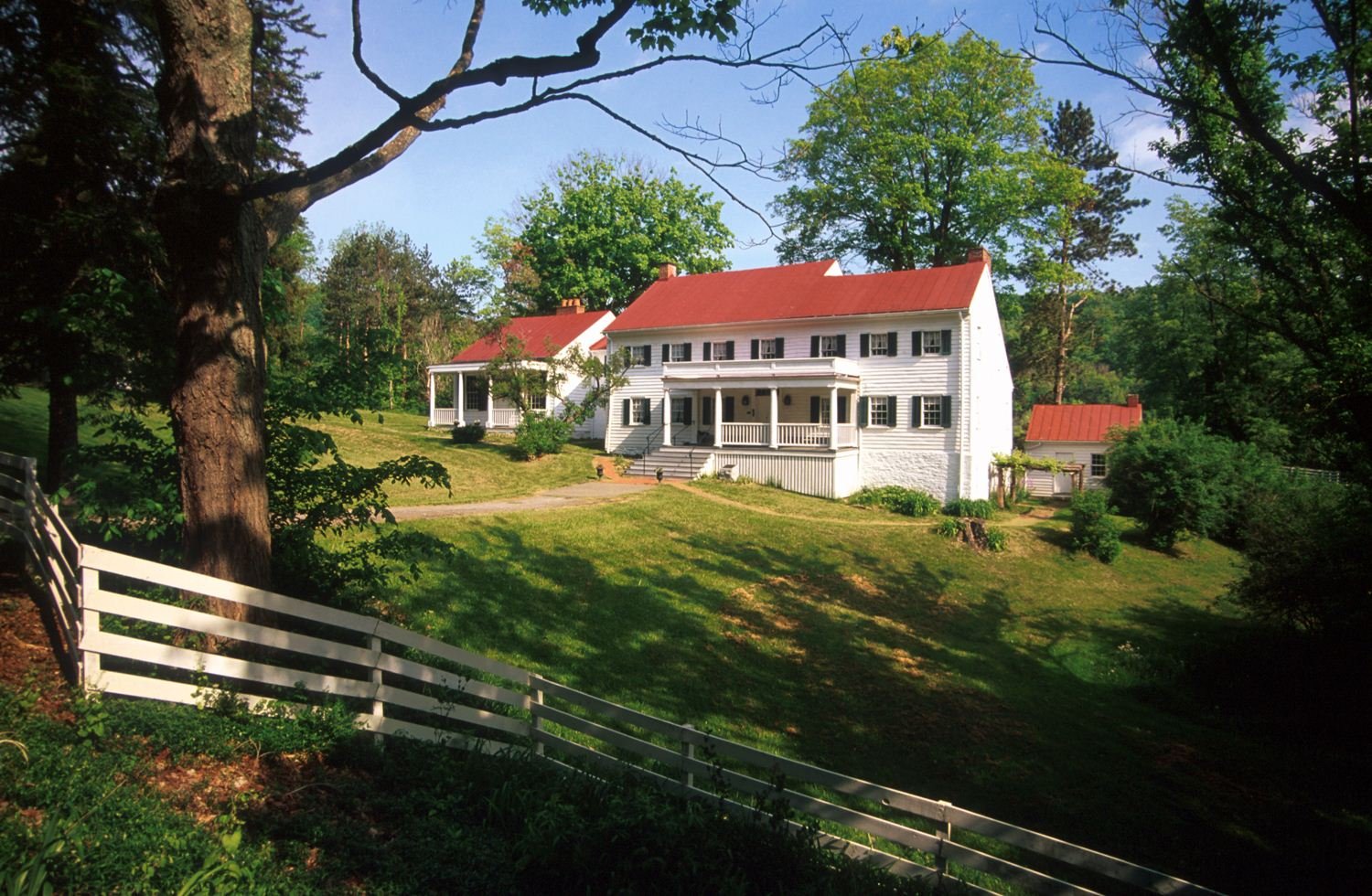 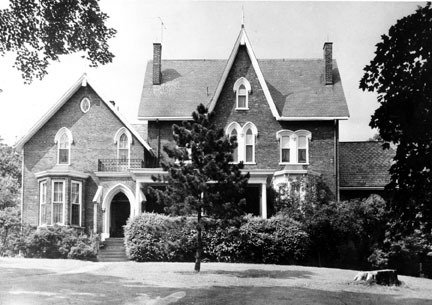 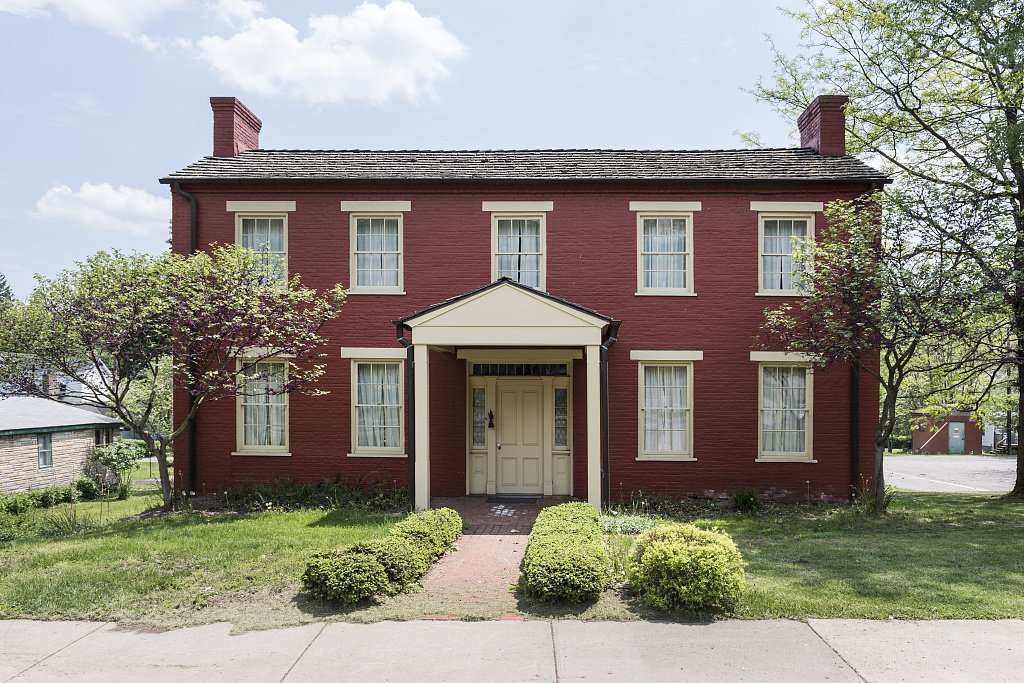 Alexander Campbell historical marker. It is located near the Campbell Mansion. 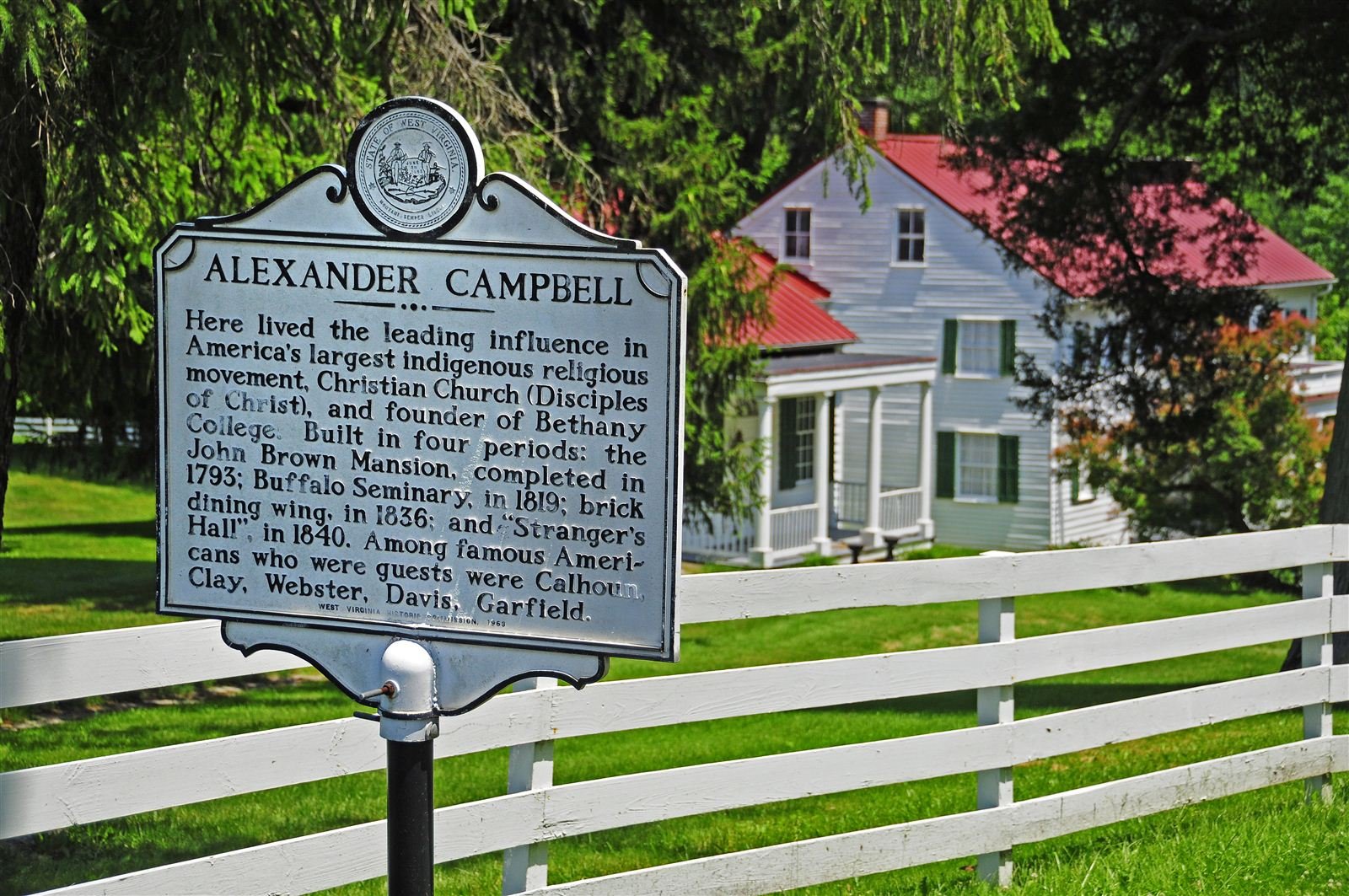 A double sided historical marker in town. It was erected in 1995. 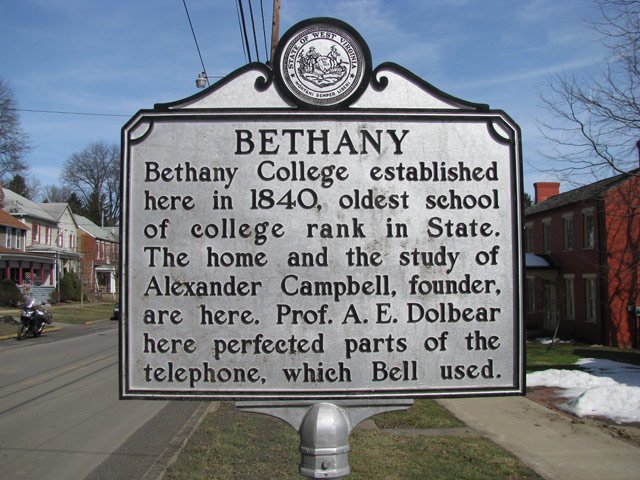 Side B of the double sided historical marker located in town. 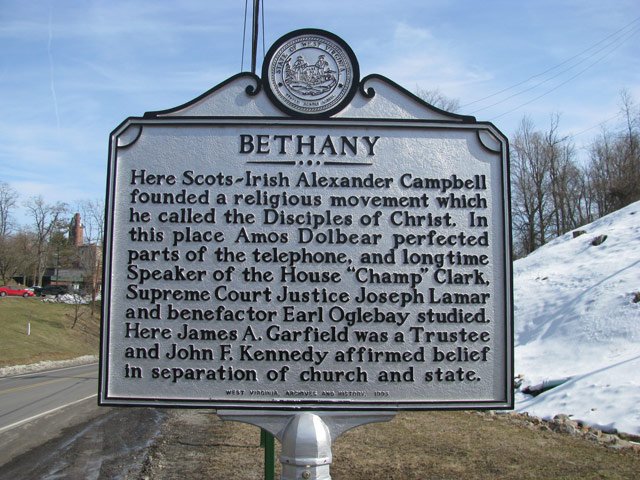 Bethany College was founded in 1840 by Alexander Campbell, a minister in the American Restoration Movement and a founder of the Disciples of Christ (a.k.a., Christian) church. Campbell provided the necessary funds for the construction of the first building and acted as the school's first president.Campbell also named the town of Bethany so that a post office could be built and served as the first postmaster. Bethany College was founded before West Virginia became its own state, and therefore was originally a part of Virginia. After statehood in 1863, West Virginia recognized all existing charters, and Bethany was recharted by the West Virginia Legislature.

Founded in 1840, it is the oldest institution of higher education in West Virginia. Many of the buildings on campus have been listed on the National Register of Historic Places and contribute to the Bethany Historic District. The five buildings are Campbell Mansion, Christian Manor at Pendleton Heights, Delta Tau Delta Founders’ House, Old Main, and The Old Meeting House.

Today, Bethany College is non-sectarian and governed by an independent board of trustees. However, strong historical ties remain with the Disciples of Christ movement, and the school continues to act as a four-year liberal arts college as it was intended to be by its founder Alexander Campbell. There are a wide variety of majors and minors to choose from and a very active student life.  Currently, 27 states and 10 countries are represented in the student population. There are 10,000 living alumni including William H. Macy, Frances McDormand, and Dave Sims. The College has 26 departmental and 6 interdisciplinary majors with 33 minors. Bethany offers B.A. B.S. and M.A.T. degrees. There is also a dual degree program with both Case Western University and Duquesne University.  Bethany is one of the very few colleges in the country that requires all students to complete a senior project and a comprehensive exam before graduation. Current enrollment at Bethany College is 665 with 632 being undergrad students.

In 2016, the Christian Church (Disciples of Christ) National Historic Archives were opened on the college grounds. It is located next to the Campbell Mansion. The Disciples of Christ movement began during the Second Great Awakening in the early 19th century. It was essentially two different sects forming in two areas. Barton Stone led his group called the Christians in Kentucky. Alexander Campbell and his father, Thomas, led their group began in western Pennsylvania and what is now West Virginia. The two groups eventually joined in 1831. Alexander Campbell had issues on with what the name should be and whether the group should meet for conventions. The need for evangelism became one important factor leading to the separation of the Churches of Christ from the Disciples of Christ.