The Van Allen Building, also known as the Van Allen and Company Department Store, is a four-story building in the heart of downtown Clinton, IA. It was designed by Louis Sullivan and commissioned by John Delbert Van Allen. It was a department store from 1912 until 1914. Listed as one of only 23 national historic landmarks in the state by the National Register of Historic Places, Van Allen Apartments features 19 family units — one-bedroom and two-bedroom apartments. 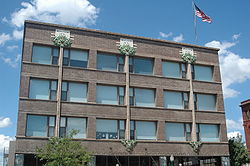 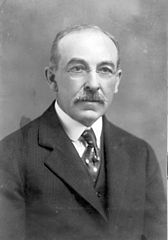 The building’s historical significance dates back to John D. Van Allen’s arrival in Clinton in 1892.Rather unusually, Van Allen and Sullivan planned the building around intended use of the interior space. The men carefully laid out floor plans and designed displays, showcases, and aisles before creating plans for the building itself. The main floor of the new store was for general dry goods and men's furnishings. The second floor was women's costumes, and the third floor household fabrics, bedding and rugs. The top floor was not planned for immediate use and intended as an area for future growth.

The former mercantile businessman opened the multi-story department store to serve as the first major rail stop for travelers headed west of Chicago, Ill. By 1908, Van Allen had become the most respected retailer in Clinton and soon expanded the business with the help of renowned design architect Louis Sullivan.

The restored Van Allen Apartments include full amenities, a gorgeous view of the city and nearby Mississippi River, and is conveniently located all less than a mile from civic, educational and cultural resources. The building now uses the upper floors as space for apartments, with the ground floor being used for commercial purposes. The exterior of the building was designed to have urban appeal with plain surfaces, clean lines and harmonious proportions. Louis Sullivan was recommended as the architect by F.H. Shaver.

This short walk through the heart of Clinton begins at the public library which was constructed in 1904 with matching grant funds from Andrew Carnegie. The tour proceeds to the historic home of lumber baron George M. Curtis and then winds its way to several historic downtown buildings before concluding at the Clinton County Historical Society Museum where residents and visitors can learn even more about this unique Iowa community on the Mississippi River.