As of 2011, it remains the oldest building in Durham, NC. It still is in good, stable condition even after 130+ years since its original construction in 1874. It was declared a National Historic Landmark in 1977.

Looking southwest at the corner of present-day West Pettigrew and Blackwell Sts., sometime between 1874 and 1879. 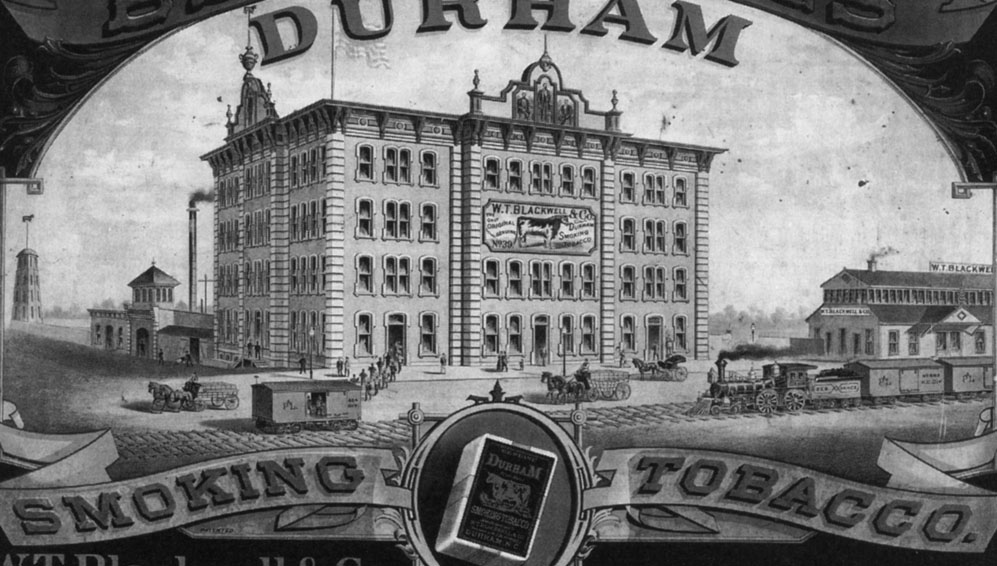 Looking southwest and down Blackwell St., 1906. 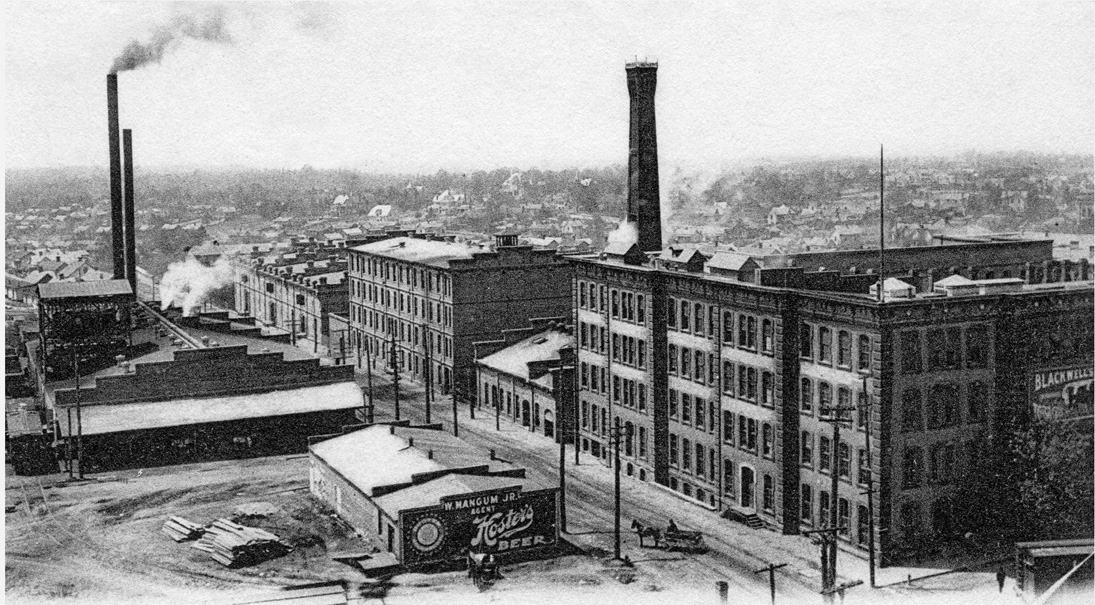 Looking southwest at the corner of present-day West Pettigrew and Blackwell Sts., sometime between 1874 and 1879. 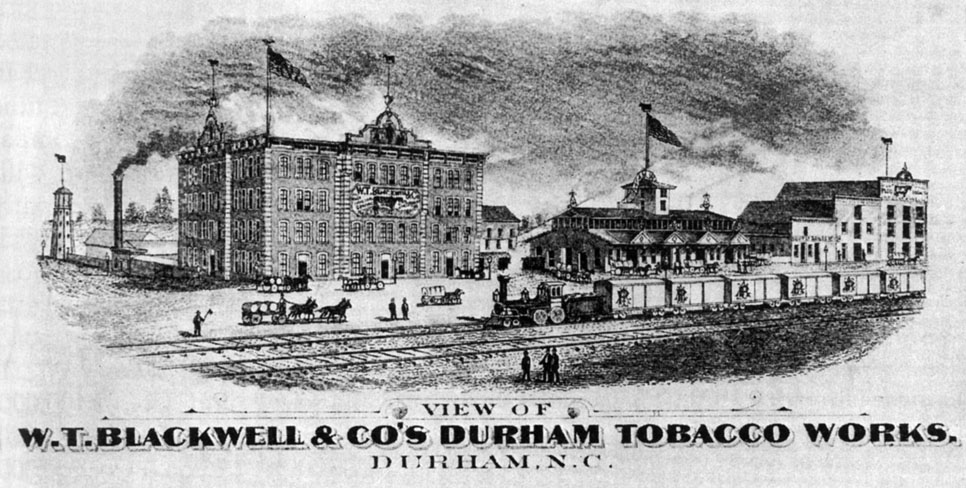 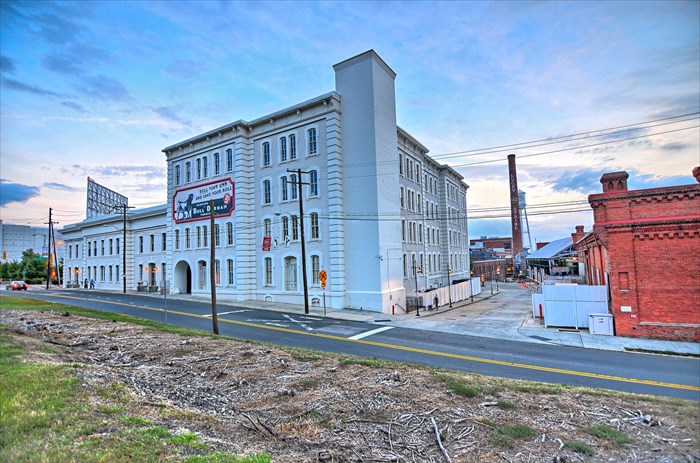 How it started
The original place of production for Bull Durham was actually J.R. Green Factory. It was operated by John Ruffin Green, a tobacco peddler in the 1850s. Green had some success, but the Civil War brought him a lot more. Soldiers from both sides wanted his tobacco. Soldiers spread the word about Green's tobacco which increased his company's success. He soon realized all this business was more then he was able to handle.

Company Expansion
The company expanded and built a new factory for the production of their tobacco. The factory was completed in 1874, and resided in Durham, North Carolina. The building of the factory became a great investment and the companies profits increased even more. They later expanded the factory in 1879, to keep up production with the increasing amount of sales.