Mauna Kea Volcano is a dormant volcano located on the island of Hawaii. It stands 13,803 feet above sea level and its' peak is the highest elevation in Hawaii. A large chunk of the volcano is located below the sea and so the total height of Mauna Kea is 33,100 feet. This measurement is twice the height of Mount Everest.

A beautiful shot of the volcano. 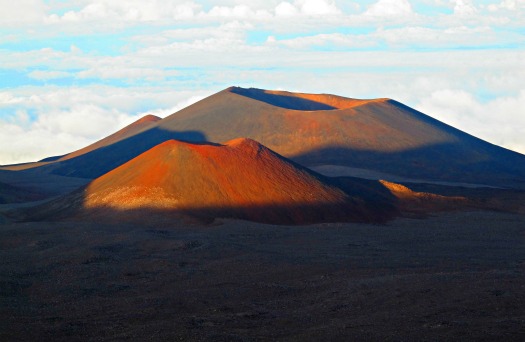 A photo of the volcano from the air. 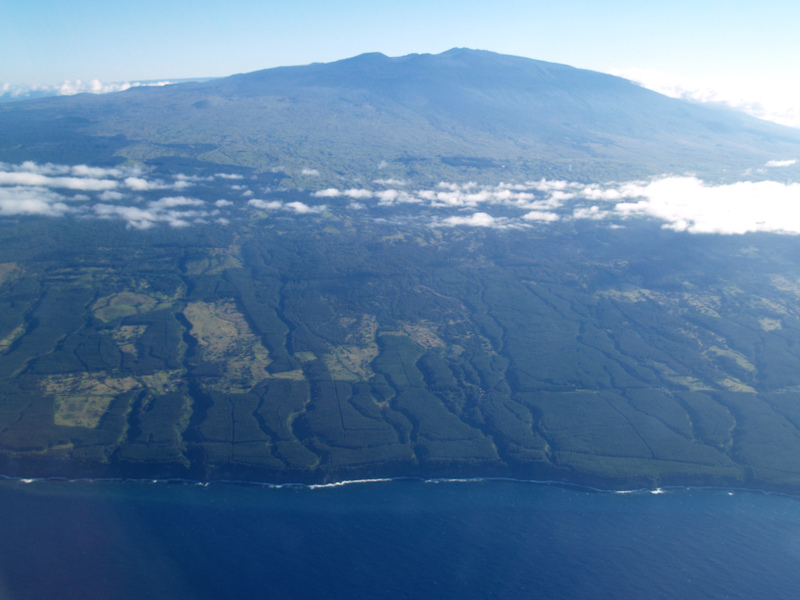 Scientists say Mauna Kea is approximately one million years old. It has already been through its active stage, having last erupted about 4,500 years ago. It is currently a dormant volcano, although it is predicted that Mauna Kea is likely to erupt again at some point in the future.

Mauna Kea is considered a sacred mountain to native Hawaiians and its name means "white mountain" in their native tongue. Hawaiian's ancient law permitted only the tribal chiefs to go to the peak. The ancient people used the mountain forest life for food and made tools from the volcanic basalt. Since the 1980s, a number of historical burial sites and some shrines has been found here indicating cultural significance for the natives.

Because of the great height of Mauna Kea and the fact that it is a dry environment, with not a lot of airflow, it is used as a site for astronomy. Thirteen telescopes from different countries have been set up there.

Mauna Kea has evidence of glaciers from the past ice ages. Even though Hawaii experiences warm temperatures and is tropical in climate, snow remains on its summit throughout the summer.