The Northern Maine Museum of Science is located in Folsom Hall on the University of Main - Presque Isle campus. It was founded in 1996 and features exhibits on natural science, physics, chemistry, astronomy, and mathematics. In the 1970s, the university received two major collections. One was the Leroy Norton collection of marine and freshwater sea shells, local forestry specimens, and plant specimens. The second acquisition was a large portion of the collection from the defunct Portland Museum of Natural History. The museum holds an annual science day each year and visitors can also hike on trails near the museum.

The Northern Maine Museum of Science 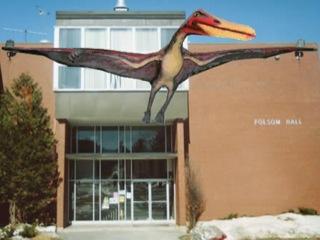