The Museum of Broadcast Communications in Chicago is dedicated to the preservation and presentation of television and radio history to the public. It claims to be one of only three museums in the nation focused solely on broadcasting. The museum first opened in 1987 and is now located at North State Street. It is notable for possessing and preserving 85,000 hours of television and radio broadcasts, as well as thousands of other artifacts. The museum is also home to the National Radio Hall of Fame.

The Museum of Broadcast Communication's newest location opened in 2012 in a repurposed parking garage, which had been built in 1927. Image obtained from the Chicago Tribune. 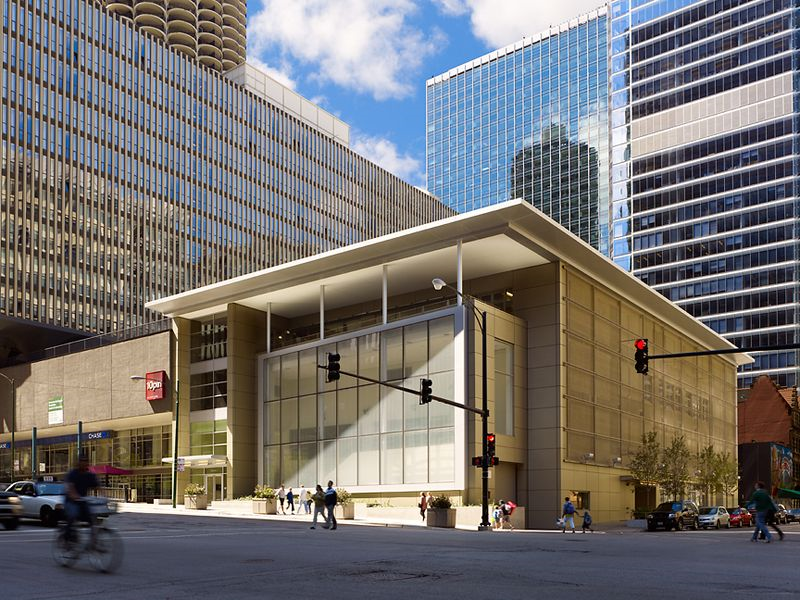 Designed by Mark Patsfall, this Media Tower sculpture is made of multiple vintage televisons and radios, some of which are still working. Image obtained from the Chicago Tribuune. 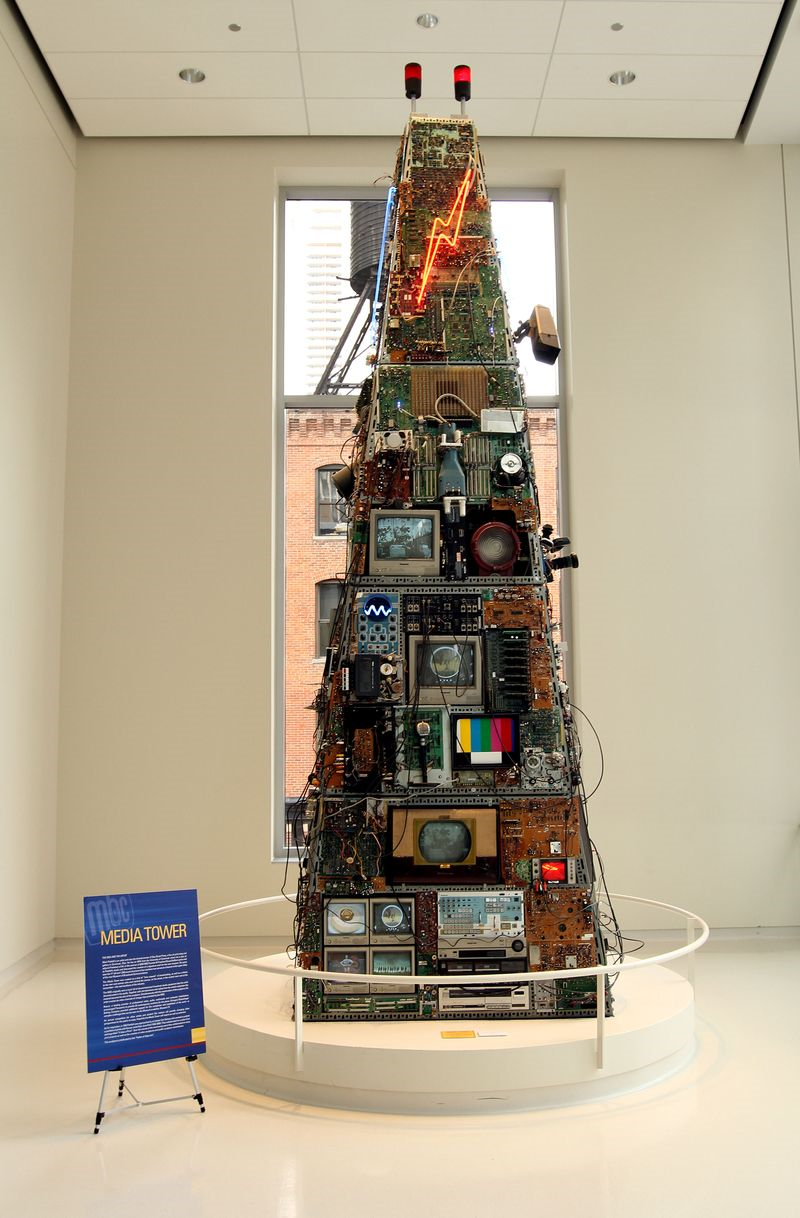 Among the museum's many items are television memorabilia, including this dress used in "I Love Lucy." Image obtained from Chicago Business. 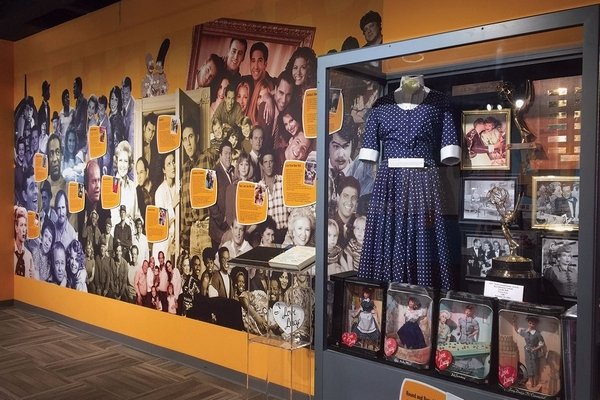 The Museum of Broadcast Communications was founded in 1982 by broadcaster and radio talk show host Bruce DuMont. At the time DuMont was working for WBBM-TV, where he became concerned about the way television studios were preserving their film tapes. While serving on the board of the Chicago Television Academy he proposed the creation of a broadcasting museum for Chicago. The board gave its approval and allotted DuMont $250 to begin his project. After assembling an initial collection of artifacts, the museum first opened to the public in 1987 in a condominium complex on South Wells Street. In 1992 the museum moved into the Chicago Cultural Center, where it received over 200,000 visitors annually.

In 2003 the museum left the Cultural Center and announced plans to move to a new location on North State Street. A derelict parking garage, built in 1927, was purchased to be refurbished into a new museum building. Renovations was delayed and stopped several times for over eight years as the museum struggled to get money for the $27 million project. In 2009 the State of Illinois provided the museum with a grant to allow it to finish construction. The four-story, 62,000 square-foot facility opened in 2012. Over the next several years the museum faced financial problems as it operated at a net loss, struggled to pay its mortgage, and suffered a dramatic decline in attendance. A portion of the first floor was sold to a restaurant chain, and the fourth floor was opened to rent for weddings and other events. In 2017 the museum unveiled a temporary, one year exhibit “Saturday Night Live: The Experience” which garnered much media attention and has led to an increase in visitors.

The museum contains a collection of over 20,000 artifacts relating to the television and radio industries, including both local and national programs. Interesting items include Oprah’s entrance door from The Oprah Winfrey Show; Bozo the Clown’s costume; the complete Meet the Press set from when Tim Russert was moderator; a television camera from the first Kennedy-Nixon debate; and thousands of antique televisions, radios, and memorabilia. The museum’s greatest asset is its archive of 85,000 hours of television and radio broadcasts, much of it not yet digitized. Also located in the museum is the National Radio Hall of Fame. Established in 1988, it honors a growing list of inductees for their contributions to the radio industry, from figures such as Casey Kasem and Howard Stern to Ronald Reagan and Michael Jackson.

“About Us.” Museum of Broadcast Communications.” Accessed February 21, 2018. https://www.museum.tv/about_us.htm

Suknovich, Camille. “The Museum of Broadcast Communications in Chicago at 35.” WGN Radio. http://wgnradio.com/2017/09/17/the-museum-of-broadcast-communications-in-chicago-at-35/