Marvin Methodist Episcopal Church serves a congregation that was established prior to the Civil War. Construction of this historic church began in 1890. 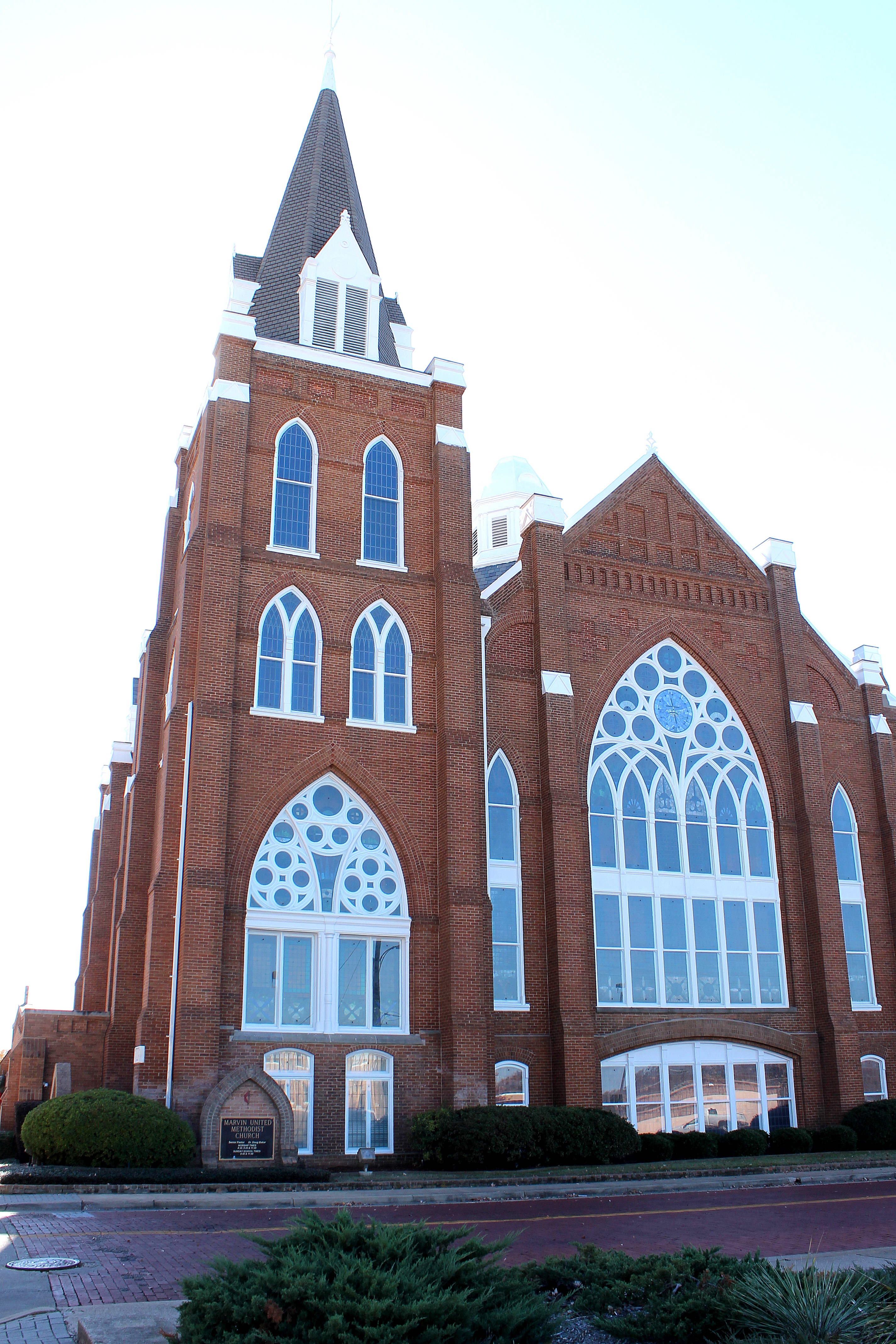 The Tyler Methodist church history begins with that of the city's. Tyler became the seat of Smith County in 1846, and multiple denominations began to meet together in order to hold church services. At this time, the religious groups used the twenty by twenty foot courthouse that could accommodate about twenty people.

During these pioneer days circuit preachers would come to visit the multi-denominational churches. The Methodist Episcopal Church formed in 1849 becoming the first organized congregation in the area. The construction of the church building began in 1890. The completed church featured a Gothic-style architecture with elaborate brickwork and stained glass windows. It locally became known as the "Cathedral of the West."

In 1891 the church decided to name itself after Bishop Enoch Mather Marvin, a Confederate Army chaplain who had visited Tyler after the Civil War. The Marvin United Methodist Church still operates today, and the building is listed on the Register of Historic Places as well as is considered a Texas Historic Landmark.