The town of Grafton has strong links with the B&O Railroad, which came to the area in 1852. The Willard Hotel was constructed in 1912 next to the newly-built B&O Railroad Depot on Main Street; both facilities were created to accommodate the growing number of passengers traveling on the railroad. At the time of its opening the Willard was one of the largest, most modern, and most luxurious hotels in the area. For years it serviced B&O passengers traveling through the adjacent train station. The decline of the passenger train industry ultimately led to the Willard ceasing to function as a hotel, and by 1988 the building sat vacant. In 1998 the Vandalia Heritage Foundation began efforts to restore and repurpose both the hotel and the train station. While work to redevelop the station is ongoing, the Willard Hotel is currently mothballed. Both structures were added to the National Register of Historic Places in 1984 as part of the Grafton Downtown Commercial Historic District.

The Willard Hotel, facing the railroad tracks. It notably features a facade on both the railroad-facing side and the Main Street-facing side. Image obtained from the Carol M. Highsmith Archive, Library of Congress. 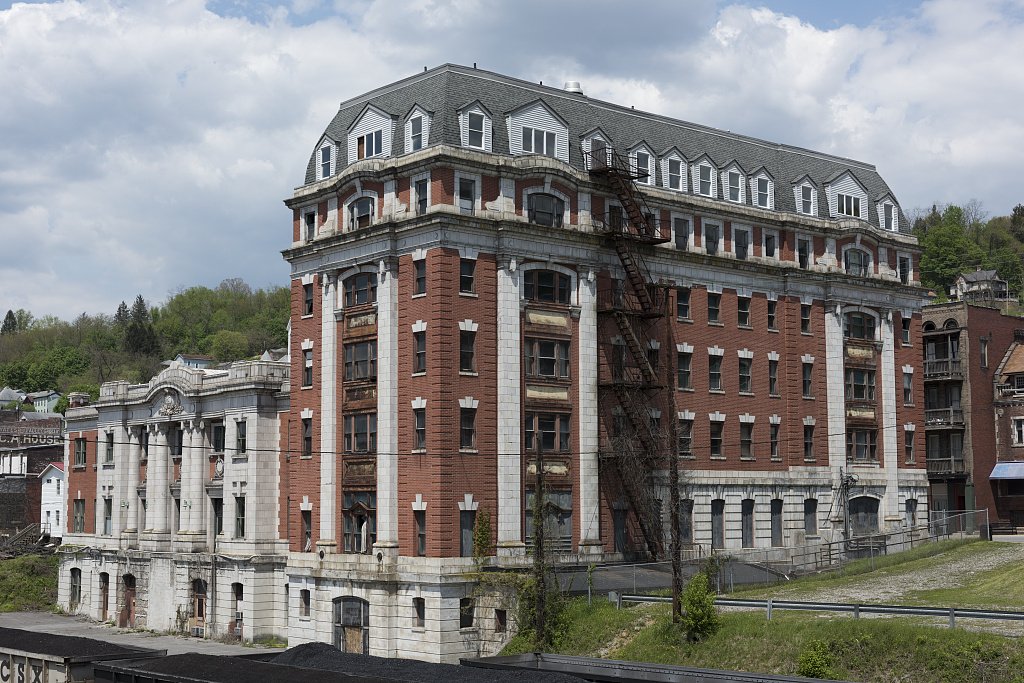 For years the Willard functioned as a hotel for passengers traveling on the B&O Railroad. In later years it was used to house train crews. Image obtained from The West Virginia Encyclopedia. 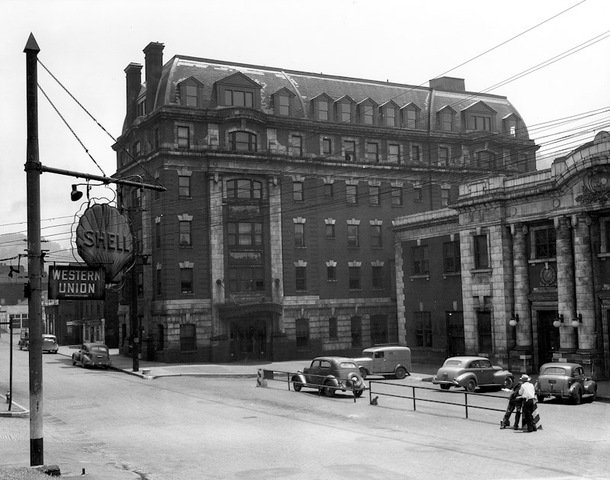 The Willard was built adjacent to the B&O Railroad Depot. Both buildings were constructed around the same time to handle growing passenger traffic in Grafton. Image obtained from flickr. 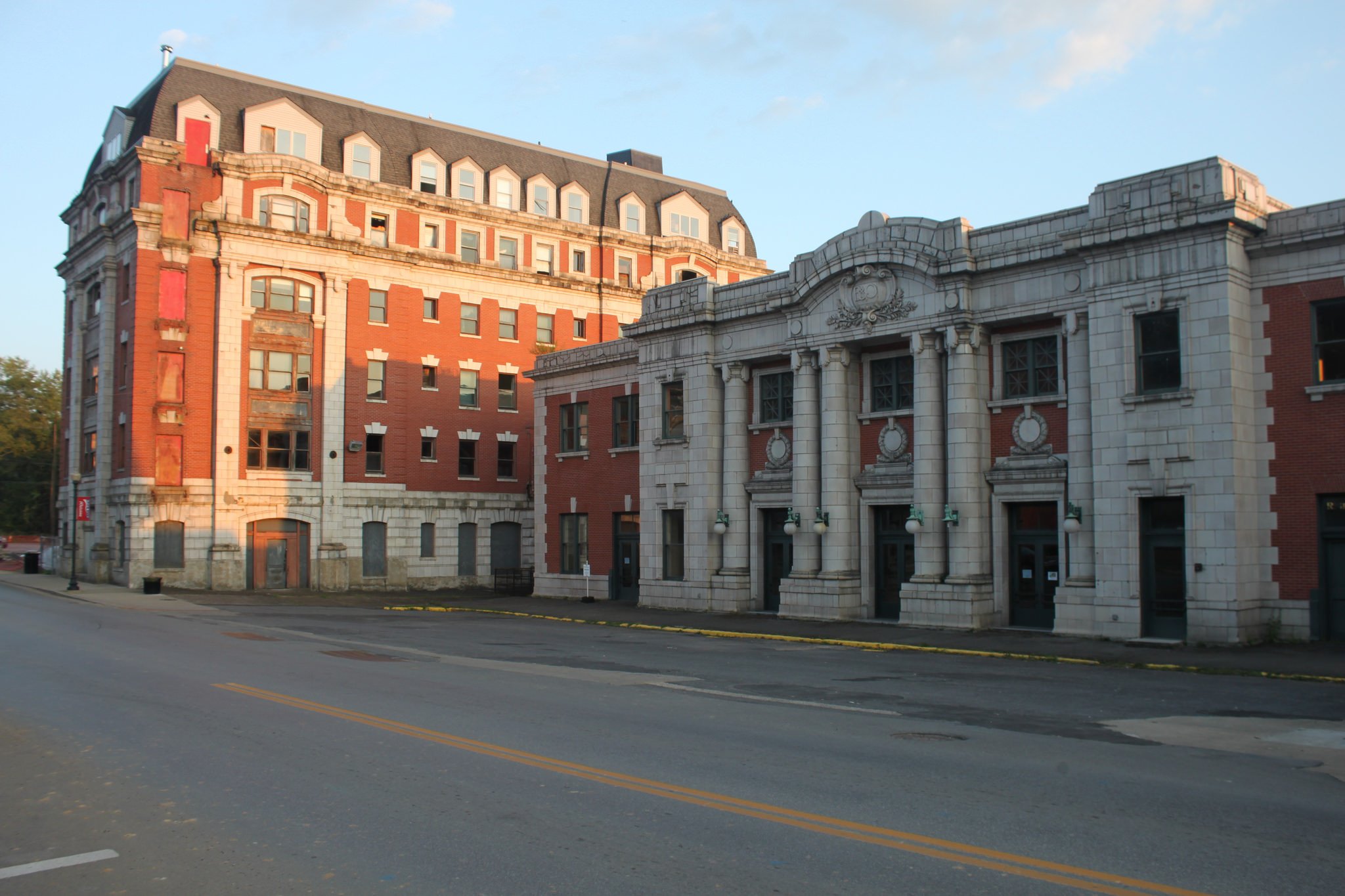 The town of Grafton was founded in the 1850s as a direct result of the Baltimore & Ohio Railroad (B&O) building its line through the area. In 1852 a building was constructed to serve as both the train station and hotel for passengers traveling on the line. By the early 1900s, growing rail traffic made this structure insufficient for the area’s needs. In 1910 a section of land along Main Street was acquired to build a new station and a new hotel. The B&O Railroad Depot was completed in 1911, while the adjacent hotel would not be finished for another year.

The hotel was built largely by John T. McGraw, a prominent local attorney and industrialist. Construction was done by the J. Walsh & Son firm of Baltimore, which was the same company to construct the train station. Like the station, the hotel was also designed in the Beaux Arts style (with Second Empire elements) and was built using bricks, terra cotta, and granite. Like the station, the hotel had facades facing both Main Street and the railroad. McGraw named it the Willard Hotel after Daniel Willard, the president of the B&O Railroad. The six story structure was considered to be modern and luxurious; it included a restaurant, bar, dining room, barbershop, reading room, lobby, and one of the largest ballrooms in the area. Construction was completed in 1912 at a cost of $75,000. The Willard Hotel formally opened on April 12 with a lavish banquet attended by local and state dignitaries as well as officials from the B&O.

In its early years the hotel flourished, servicing B&O passengers traveling through the adjacent station. By the 1920s, over 30 passenger trains were visiting Grafton each day. Traffic steadily declined during the following decades, which harmed business at the Willard. By the 1960s it was no longer functioning as a hotel and instead housed railroad employees. In 1971 the B&O discontinued passenger service at the Grafton station, but the building remained in use as the division office. During the 1980s CSX, the successor to the B&O, ceased operations in Grafton; both the station and the Willard Hotel were left vacant as a result.

Around 1998 the Vandalia Heritage Foundation was established and began working to redevelop both structures. The roof was replaced on the Willard at this time to minimize damage to the interior. The train depot is currently undergoing renovations to become a multipurpose facility with small businesses, residential units, and a community center. The Willard Hotel building meanwhile sits idle, with redevelopment on hold due to financial and logistical issues.