General Charles "Chuck" Yeager is internationally famous for being the first person to fly faster than sound in 1947. Yeager repeated his historic flight during the 50th and 65th anniversaries after breaking the speed record again in 1958. Serving first in the Army Air Corps and later in the Airforce from 1941 until his retirement in 1975. Tom Wolf's book The Right Stuff, was written about General Yeager's life and was later adapted into a film. In 2005 President George W. Bush promoted General Yeager to the rank of Major General. In Lincoln County, along US-119, a monument was placed for the childhood home of General Yeager in 2006 by the State of West Virginia.

The Yeager Memorial sign in Lincoln County General Yeager was promoted alongside his fellow pioneer of aviation Billy Mitchell, who was posthumously promoted to Major General in 2005. 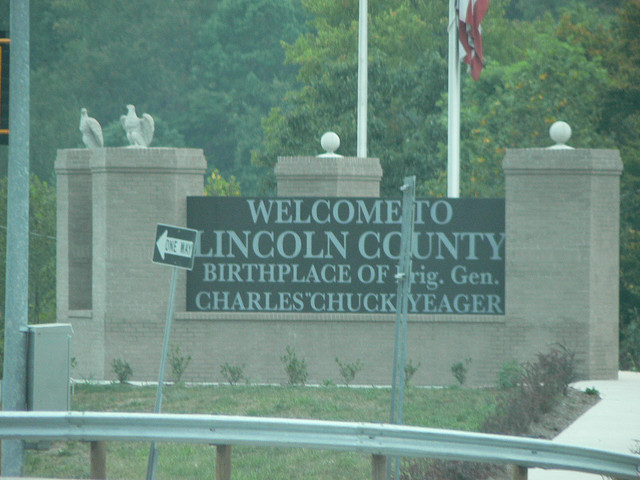 Brigadier General Charles "Chuck" Yeager Though he is famous for his speed records General Yeager first served as a mechanic in the Army Air Corps. 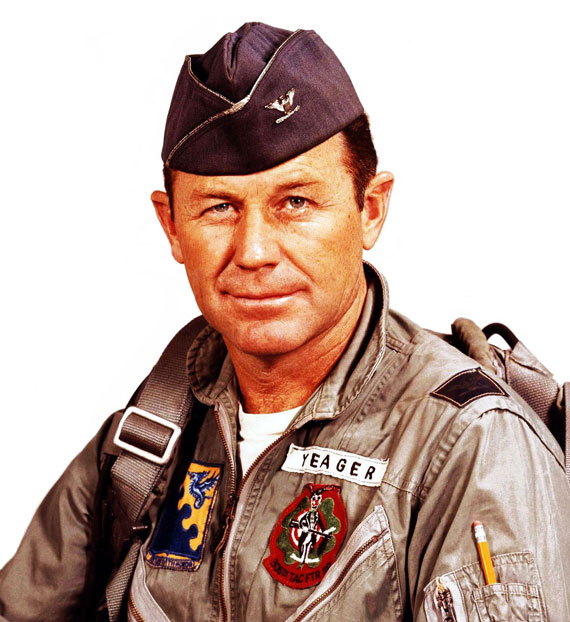 Charles Yeager was born on February 13, 1923, in Myra West Virginia as the second child to Albert Hal and Susie Mae Sizemore Yeager. His family moved to the nearby county seat of Hamlin where Charles lived until his graduation from Hamlin High School in 1941. After graduating Yeager joined the Army Air Corps during World War 2 and worked up the ranks becoming a fighter pilot. During the war, he flew in 64 combat missions, had 13 kills, five of which were in a single flight, survived being shot down over Nazi-occupied France, successfully reached Spain and returned to his unit.

He remained in the Air Force after the war and became a test pilot, gaining fame as the first man to break the sound barrier on October 14, 1947, in the Bell X-1. He would accomplish this feat again on the 50th anniversary in 1997 the 65th anniversary in 2012 at the age of 89. In 1953 he successfully broke the speed record by flying over twice the speed of sound in the Bell X-1A. Traveling to Europe in 1954 before becoming the commander of the 417th fighter squadron in Germany in 1955 and being reassigned to France in 1956. In 1961, after he returned to the United States, he graduated the Air War College and became Commandant of the Aerospace Research Pilot School in 1962. After transferring to the Philippines in 1966, he flew 127 missions over South Vietnam. He became a Brigadier General in 1968, the rank he would hold until his retirement in 1975. Congress authorized his promotion to Major General in 2004 and was approved by President George W. Bush in 2005.

General Yeager had the Yeager Airport in Charleston West Virginia and Yeager Bridge named after him. In 1979 author Tom Wolf’s book about General Yeager The Right Stuff was published, which was followed by a film, making Yeager internationally famous. Today Marshall University has an academic program named after him called the Yeager Scholars which includes their outstanding students. He was awarded two honorary doctoral degrees in science, first in 1948 from West Virginia University, and second in 1969 from Marshall University. General Yeager was honored by West Virginia in 2006 with the construction of a memorial marker along US 119, marking Lincoln county as his childhood home.