Situated in the heart of the historic French Quarter of New Orleans, Bourbon Street may be the most famous (and infamous) street in the United States. Though most of its reputation may arise from its Mardi Gras celebrations and all-night partying, every inch of the street is steeped in the unique history of this multicultural city. History-lovers sure be sure to visit this street twice in their lifetime--once during the evening, and once in the late morning. This will demonstrate how urban spaces can transition from stages of revelry, recovery, and rebirth. 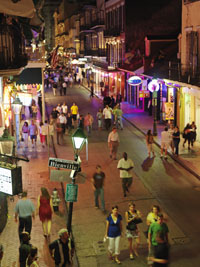 Bourbon Street during the day. 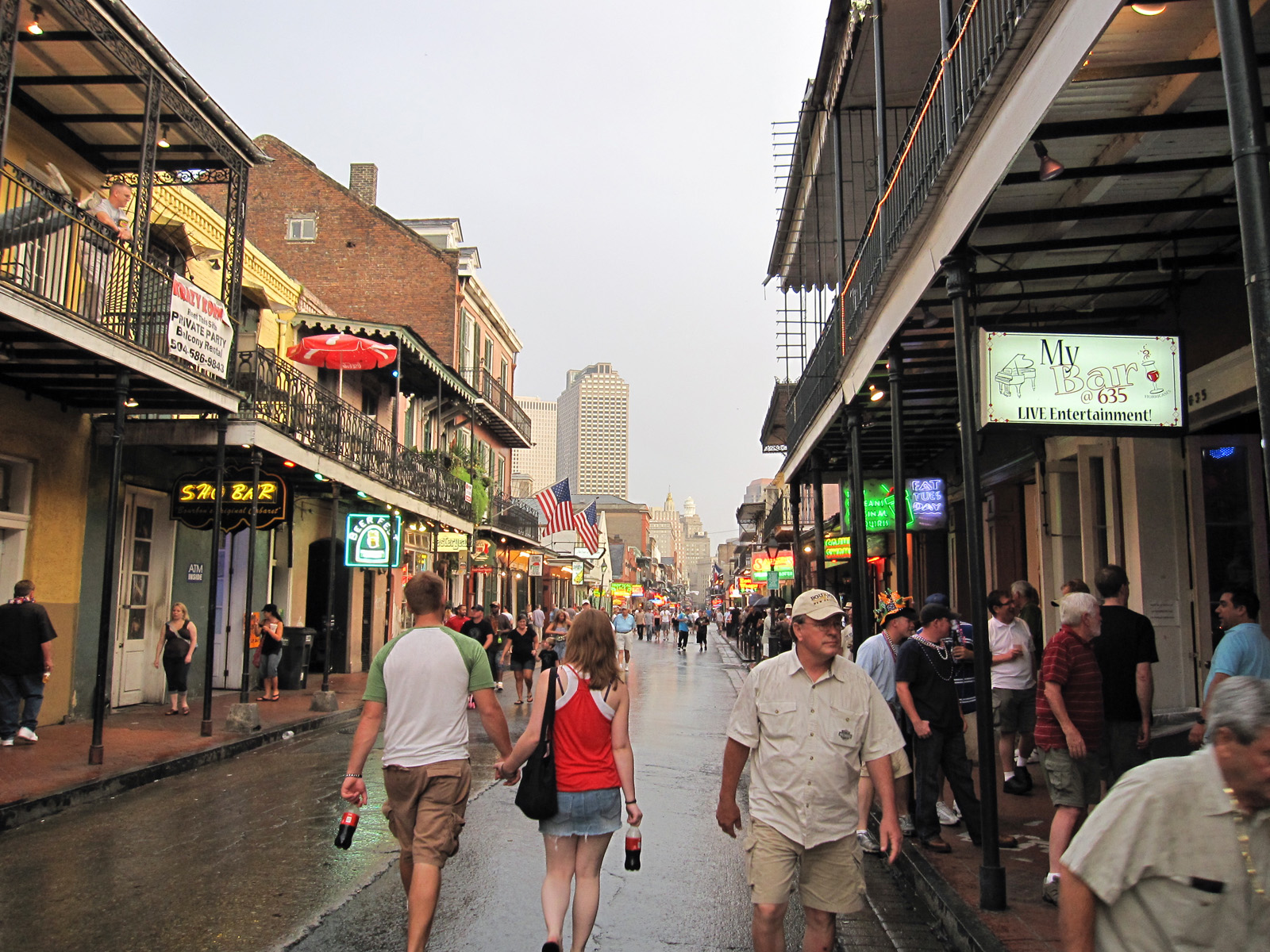 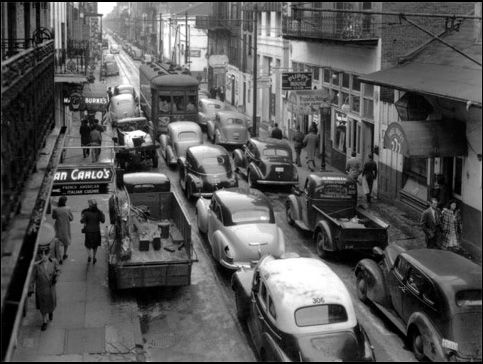 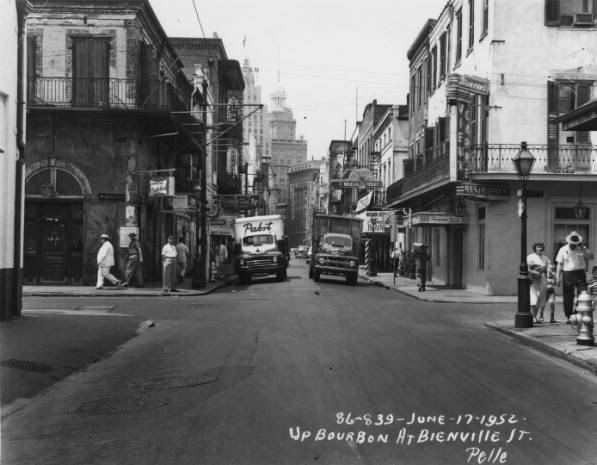 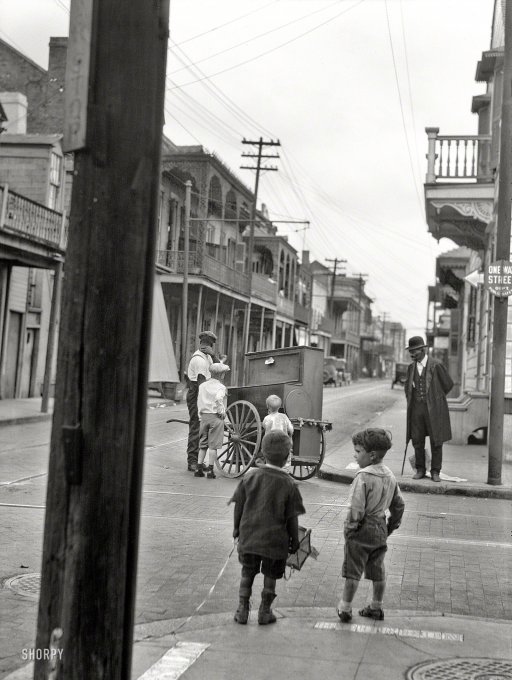 Circa 1841 sketch of the French Opera House on Bourbon Street. Courtesy of the Alfred R. Waud Drawings, The Historic New Orleans Collection. 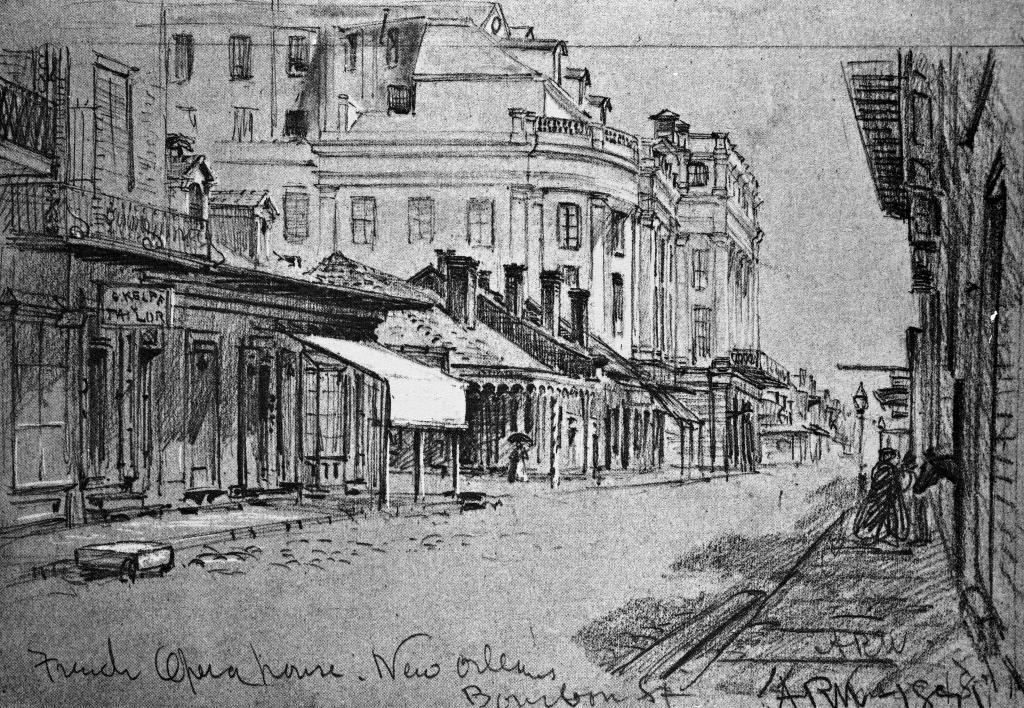 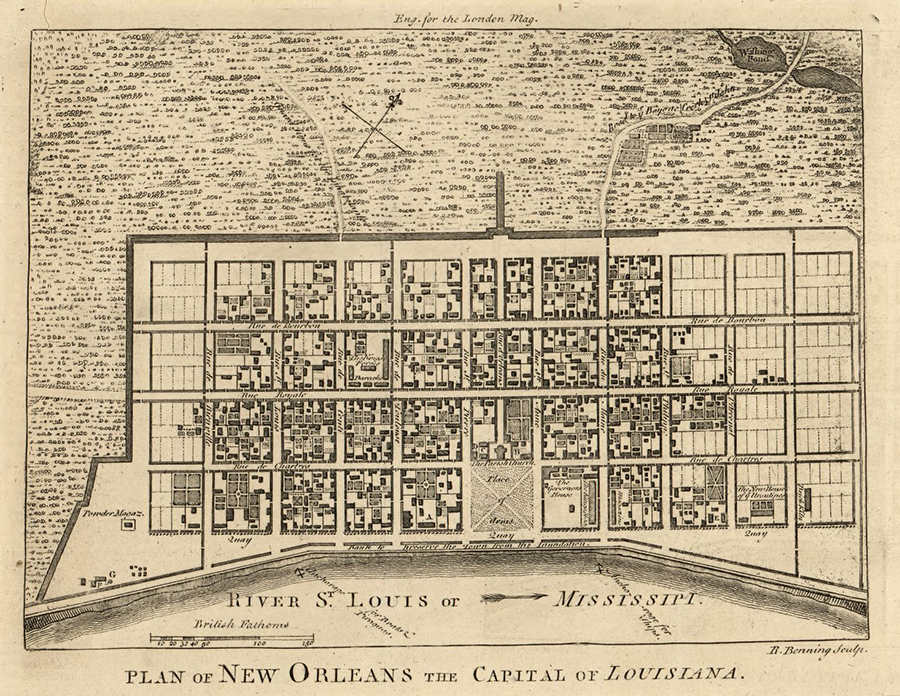 Bourbon Street, also called Rue Bourbon, has not always held the rowdy reputation it holds today. Historically it was simply a residential neighborhood with a predominantly Creole population. Though there is some debate as to how "rowdy" Bourbon Street might have been in the 1800s (certainly, pirates, voodoo queens, and other professions operated more openly in New Orleans than in other parts of the country), historians posit its current reputation did not exist until World War II.

During World War II, it became lucrative to sell New Orleans' more illustrious reputation as "traditional" to young servicemen looking to escape their struggles. Bars and brothels flourished and began popping up all around the French Quarter, but most specifically along the Rue Bourbon. During this time traditional celebrations like Mardi Gras grew and took on new significance, as soldiers sought ever more reason to celebrate during their breaks.

Moreover, when New Orleans' historic red-light district, "Storyville," was shut down in the 1920s, there remained a demand for the same jazz music, which had previously been played in brothel living rooms. Many of the former Storyville musicians migrated to the new Bourbon Street location. At the time, jazz music signified to many the sounds of the red light district and thus may have contributed to the growing reputation of Bourbon Street.

By the 1940s, Bourbon Street was lined with bars and adult clubs, once again mixing the sounds of jazz with sex. In the 1960s, dance clubs, such as the Franck Studios, were well-known and operated openly.

Among the historic buildings along the street is Lafitte's Blacksmith Shop. Built in 1722, legend holds that the Blacksmith shop was a front for the pirating activities of the Lafitte brothers.

The Old Absinthe House also holds interest to visitors to the city. Built in 1806 as an importing firm, the ground floor slowly morphed into a saloon. It was in 1874 that Cayetano Ferrer invented the famous Absinthe House Frappe, which can still be tasted today in this bar, though without the absinthe, as this is now an illegal ingredient in the U.S.

Of course, countless other historic building line Bourbon Street and are waiting to be explored by the curious traveler, who know how to ask the right questions.