The Herschell Carrousel Factory Museum is one of the few places left in the country where hand-carved carousels were produced. It is located in the factory once owned by Allan Herschell, who opened the business (after previously co-owning a couple of other carousel companies) in 1915. At its peak, North Tonawanda had five carousel makers and Herschell's was the best and most prolific, producing 3,000 carousels in all. The company specialized in portable carousels that were used by traveling carnival operators. Today, the museum operates a 1916 carousel and a smaller aluminum kiddie carousel built in the 1940s. The museum offers guided tours, education programs, a summer lecture series, and woodcarving classes. It also contains a working music roll maker, 1,600 rolls, and a large collection of carved animals. The museum building was placed on the National Register of Historic Places in 1985.

The Herschell Carrousel Factory Museum building is listed on the National Register of Historic Places. 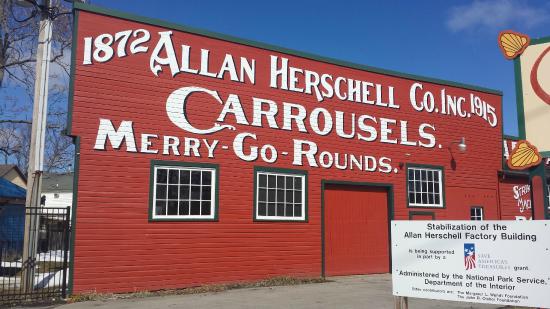 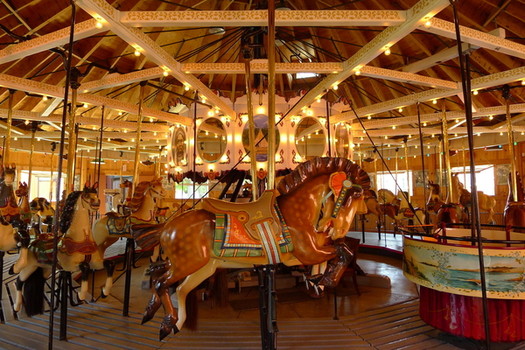 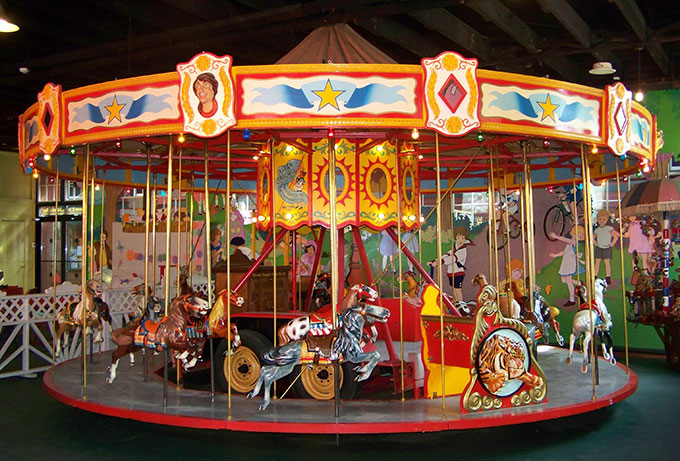 Of the 148 hand carved carousels left, 71 of these were made by one of Herschell's companies. Herschell also pioneered the kiddieland concept, building rides specifically for children. The Kiddieland Testing Park Exhibit, located outside of the museum building, features working kiddie rides that are in operation during the summer. The factory remained in operation until 1970.

Check the website for hours as they vary during the year.