November 6, 1943, 11 men were killed after a mining machine sparked and ignited gas causing an explosion in a mine shaft in Nellis, WV. At the entrance of the road to the mine, there is still a monument that remembers the miners that were victims in this horrible incident. The heartbreak of this disaster is still obvious all throughout the area. A museum in a local church is dedicated to the miners who lost their lives. The children of the men lost in the explosion still live in the area.

A picture of the fenced monument. 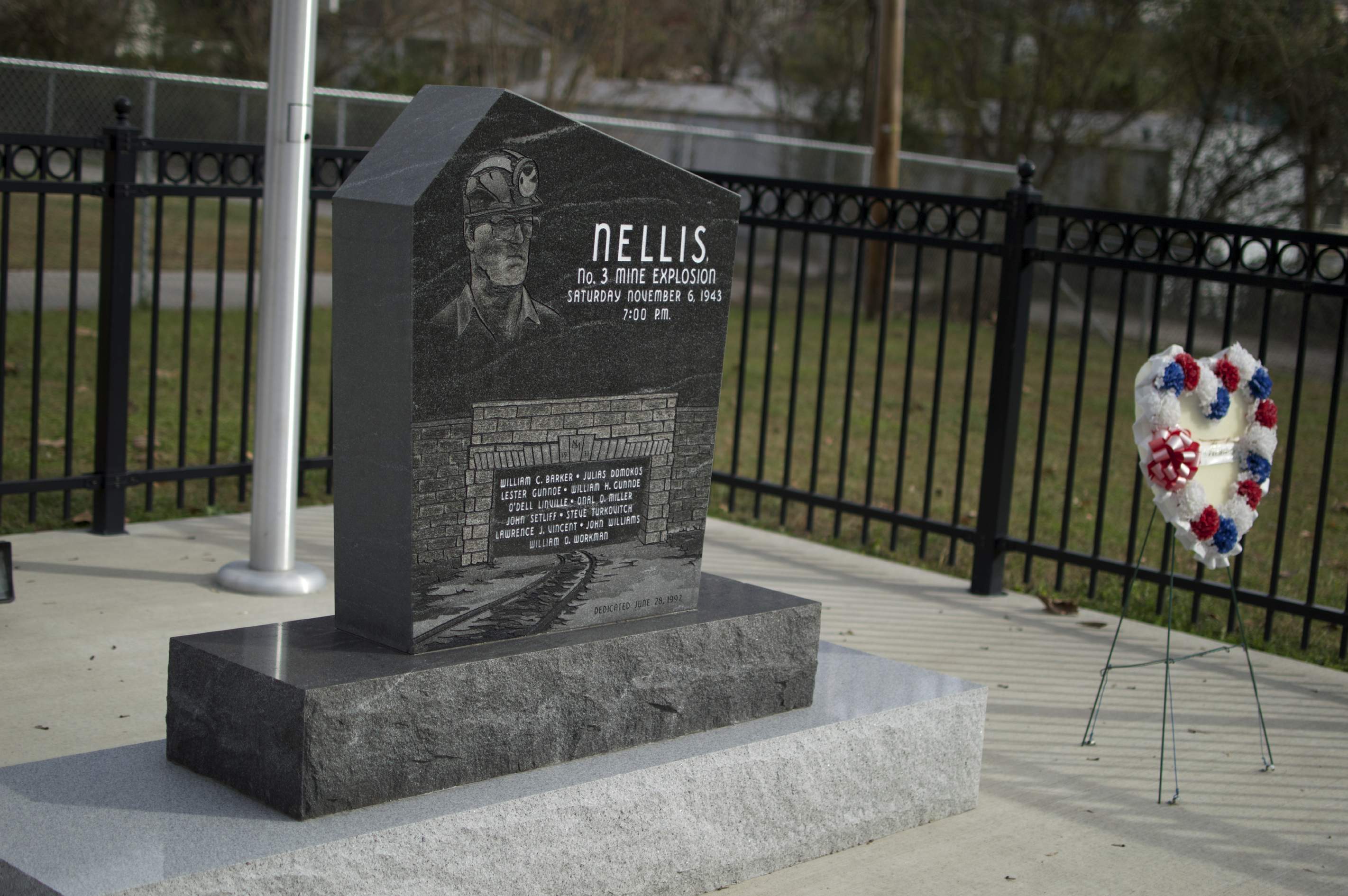 Front view of the Nellis Monument 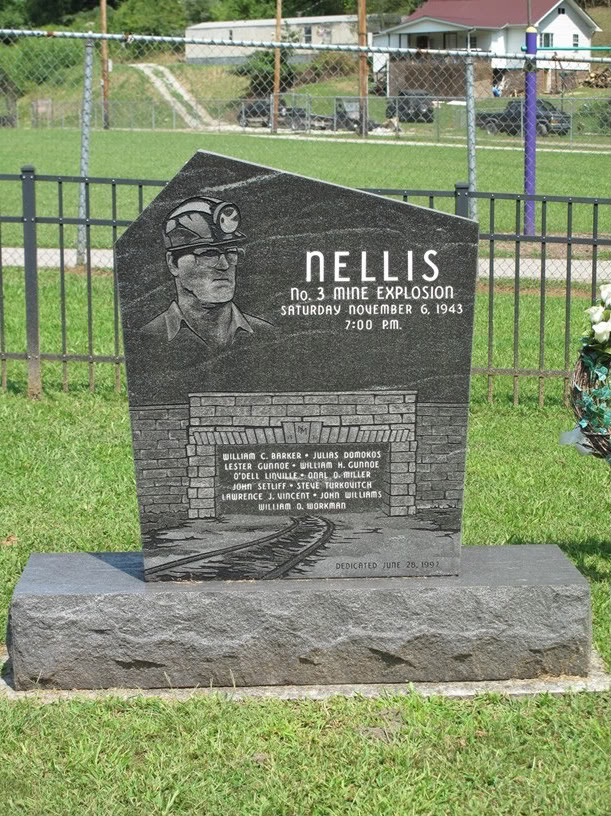 As news spread through the small community of the mining explosion, people gathered outside the mines. Many of these men had wives and children that were soon on the site to await the news of their husbands and fathers. However, it took workers two days to remove the bodies. So families waited in silence to hear who had survived and who had been killed in this horrible explosion.

The community banded together to create a monument to honor their loved ones that perished. Situated outside the entrance to the mine, a gated stone monument with the story of the disaster and those effected was built. A church has been turned into a present day museum.  It houses many artifacts pulled from the mine that belonged to those that died in the incident. That church stood witness to the explosion and was likely used for the funeral location for many of the lost miners.