James W. Hoge House is an historic 1838 residence located in Winfield, West Virginia. The house can be reached by heading down the lane to the left of the Putnam County Courthouse in Winfield, and continuing on the road past the school bus garage.

Interpretive marker at the Hoge House, courtesy of Ben Calwell 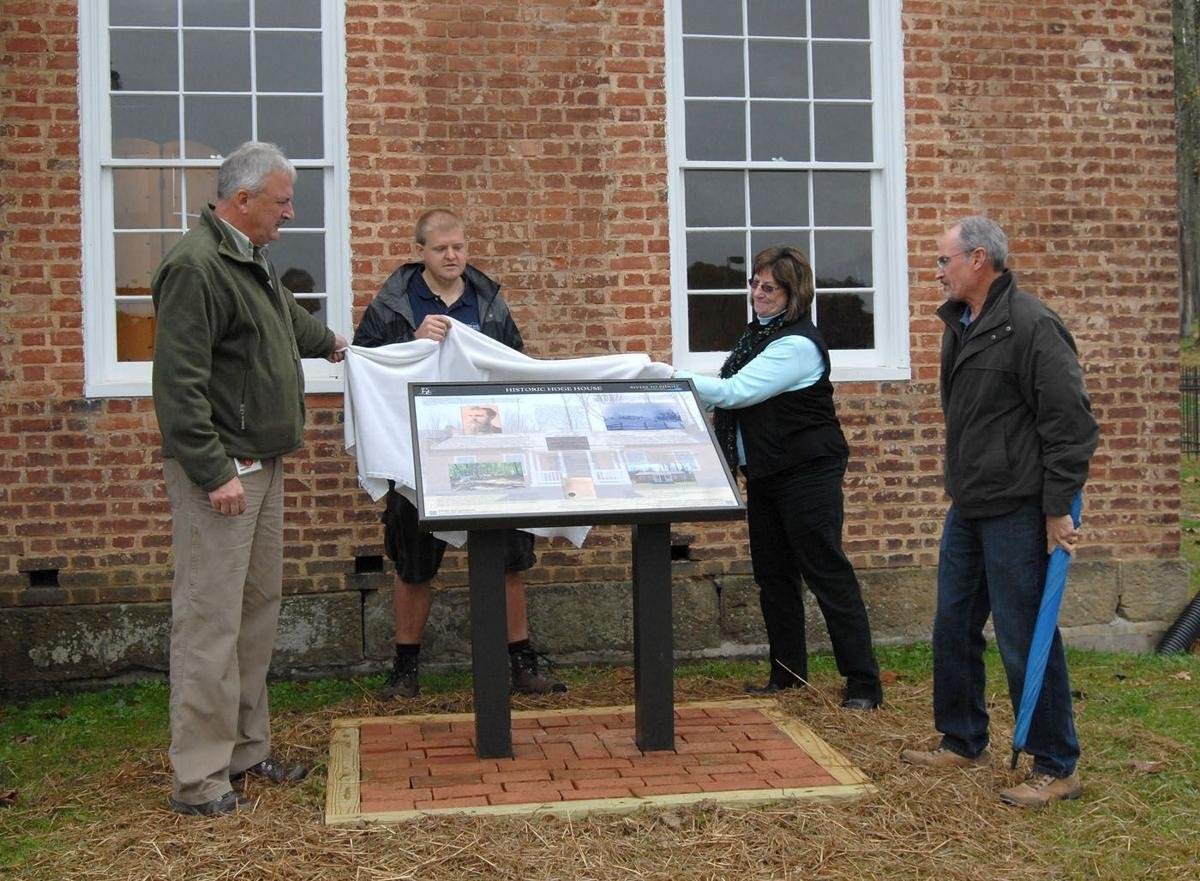 Hoge House in the beginning stages of renovation, courtesy of AmeriCorps 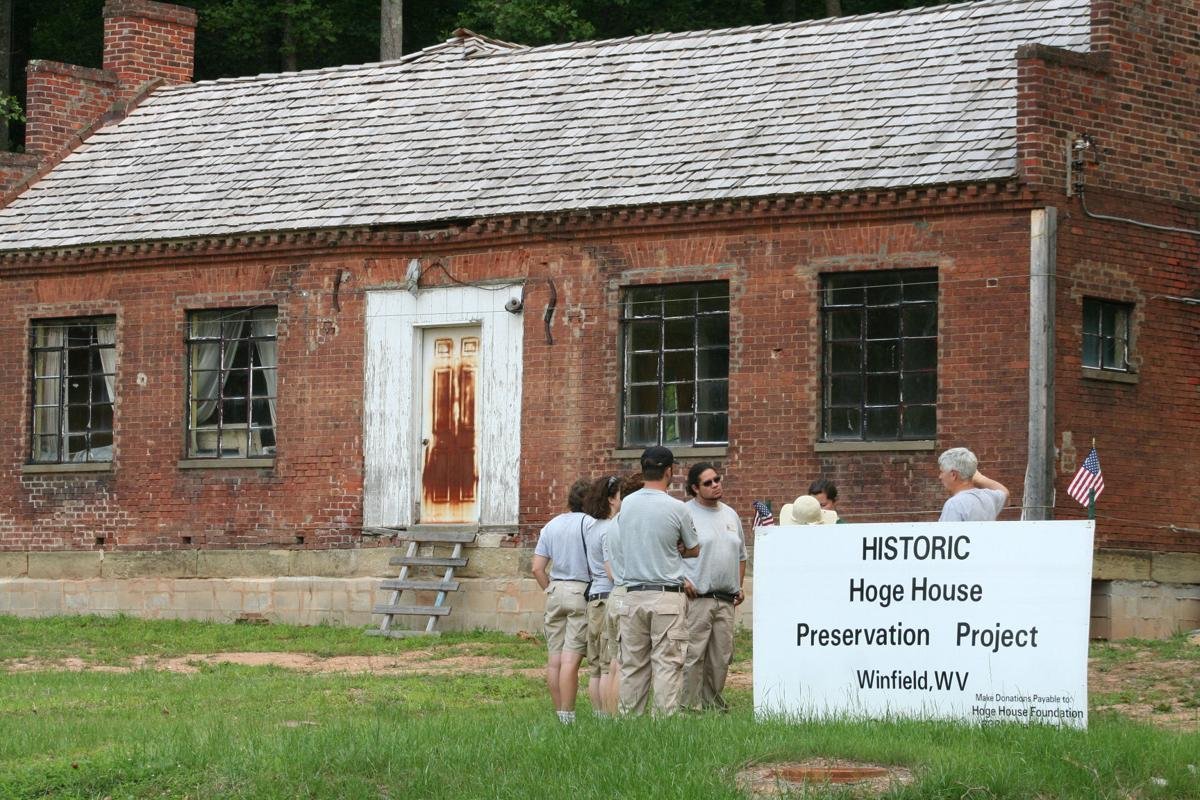 The James W. Hoge House was built in 1838 for Charles Brown, a slave holder and local businessman who operated a ferry across the Kanawha river to reach his 400-acre farm. His one-story brick Federal-style construction features a foundation of sandstone ashlar blocks, walls of high quality hand-made bricks laid in Flemish bond with fine jointing, decorative brick cornices, stepped gable parapets, and gauged-brick jack arches. It has been renovated and the foundation has been updated. Renovations include: widening of the windows, replacing the door and sections of brick, and replacing parts of the frame and roof of the house.

Shortly after construction, Charles Brown's son Tallyrand (one of the founders of the town of Winfield), lived there until 1849. Tallyrand then rented the house out for $25 a year until 1852, when Captain John Bowyer bought the house. Bowyer also owned other property locally where he lived. Bowyer purchased the house to rent out, Hoge was a tenant from 1852 until 1857 when he bought the house from Bowyer.

Hoge had moved to Winfield in 1852, and was born in Virginia in 1830. His relatives were from Edinburgh, Scotland. Hoge studied law and eventually became a lawyer as well as a judge. He started his practice in Virginia and then relocated to West Virginia. He became partners with Andrew Parks, a barrister, and they had an office in Winfield. During his partnership with Parks, Hoge got married. This is how Hoge bought the house that would be known for his last name1. Although the house was moved slightly to avoid demolition in 2004, it still remains on Hoge's property.

Hoge held the office of prosecuting attorney for Putnam County prior to the Civil War. After the outbreak of the Civil War, Hoge became a delegate to the “Virginia State Convention in Richmond. “He and other delegates, were to decide if Virginia would secede from the Union. Hoge may have voted against secession, but the votes to secede were greater in number. This led to the Civil War which eventually led to West Virginia becoming the 35th state of the United States. Hoge did not partake in the war and focused on legal practice, which paid off as he became a successful lawyer1.

Through Hoge did not participate in the Civil War and had voted against secession at the Richmond convention on April 17,1861, he returned to Richmond for the June session and signed the formal ordinance for Virginia's secession.(3) Hoge owned six slaves until after the war. Confederate Captain Phillip Thurmond was buried on Hoge's property after Thurmond was killed by federal troops surrounding the courthouse.

After the Civil War, James W. Hoge still held the position of prosecuting attorney and eventually became the Kanawha Valley 7th Judicial Circuit Court Judge. He worked in several counties throughout West Virginia and was a brilliant lawyer during his years of practicing law1. He mainly practiced law in Putnam, Kanawha, and Mason counties. A descendent of Hoge's lived in the house until 1947.

Hoge died in 1882 due to an issue with his liver. His burial site is the cemetery adjacent to the current location of the Hoge House. The cemetery is small, containing approximately 24 graves. His wife, 9 out of his 11 children, and Hoge himself are buried a few hundred feet behind this historical house. The cemetery is considered to be a contributing factor in the property being nominated for the National Register of Historic Places in December of 2006. On October 27, 2015, an interpretive wayside marker was added in front of the property. The house is expected to be turned in to a Civil War museum for the area.

3. "How Virginia Convention Delegates Voted on Secession, April 4 and April 17, 1861, and Whether They Signed a Copy of the Ordinance of Secession", Accessed March 26th 2021. https://www.virginiamemory.com/docs/votes_on_secession.pdf.