Gateway to Freedom International Memorial to the Underground Railroad

Historians estimate that as many as 45,000 runaway slaves passed through Detroit on their way to freedom in Canada. Although Michigan was a free state, the Fugitive Slave Act of 1850 made it possible for slave catchers (or any white person) to claim that an African American was a runaway slave pending the decision of a special court that required only the testimony of one white person. The Fugitive Slave Law also barred the accused from defending themselves, a situation that caused many free African Americans to leave the nation of their birth and seek refuge in Canada. The anti-slavery movement in Detroit comprised of African Americans, foreign and native-born whites, and Native Americans who defied the law and worked together to provide safety for thousands of women, men, and children. Sculpted by Ed Dwight and dedicated on October 20, 2001, the Gateway to Freedom International Memorial to the Underground Railroad pays tribute to the city’s contribution and the thousands of railroad conductors who made freedom possible. Several routes diverged on Detroit, code name “Midnight,” and for many, the city was the final destination for freedom seekers until the mid-1830s. After the Fugitive Slave Act of 1850, many of the runaways then moved to Canada. Thus, across the Detroit River in Windsor, Canada, the second part of the memorial faces the Gateway to Freedom Memorial in Detroit. From characters such as Peter Denison, who returned to Detroit to lead a Black militia, to Thornton and Ruth Blackburn, this memorial pays tributes to Americans who stood for freedom in an era of slavery. 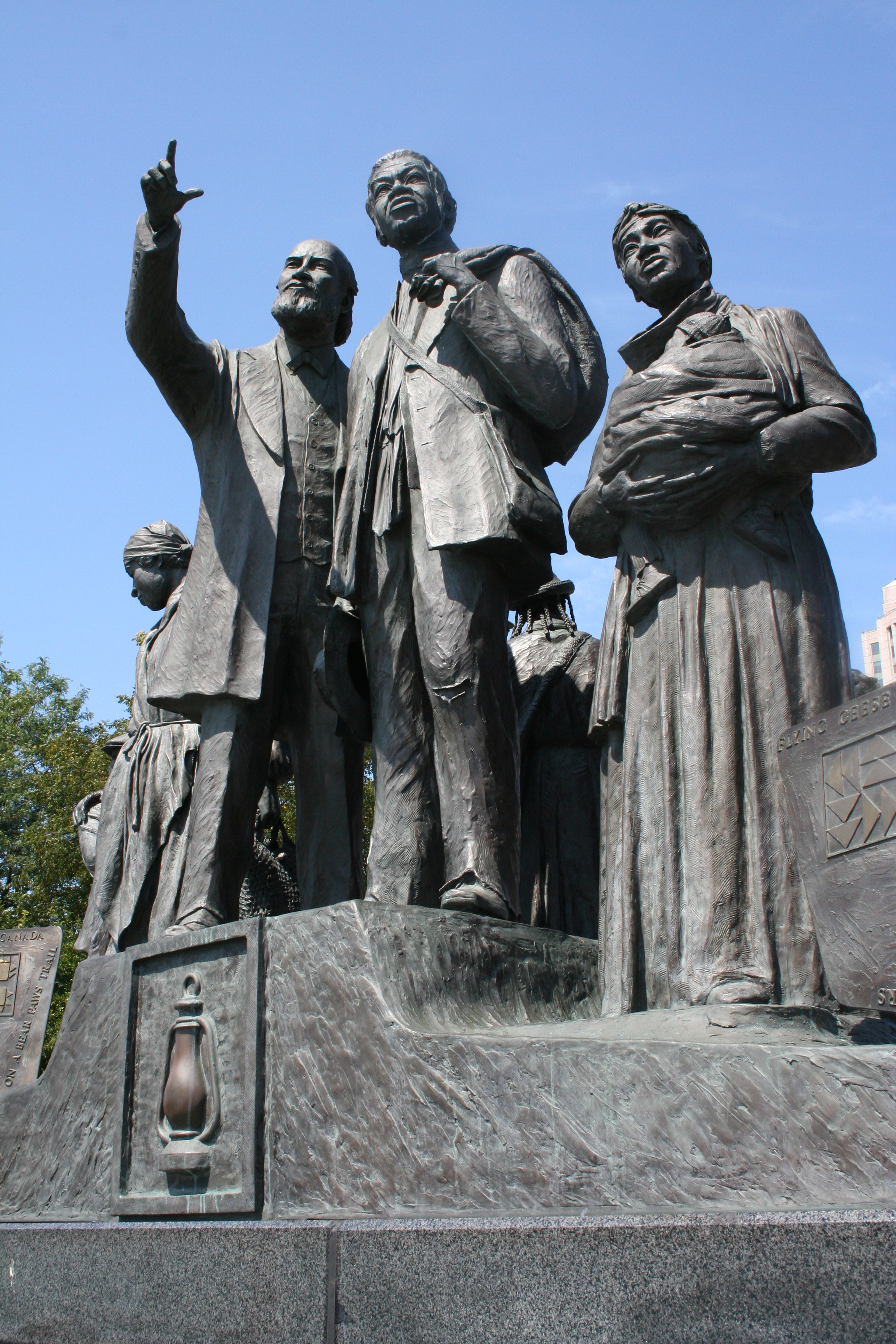 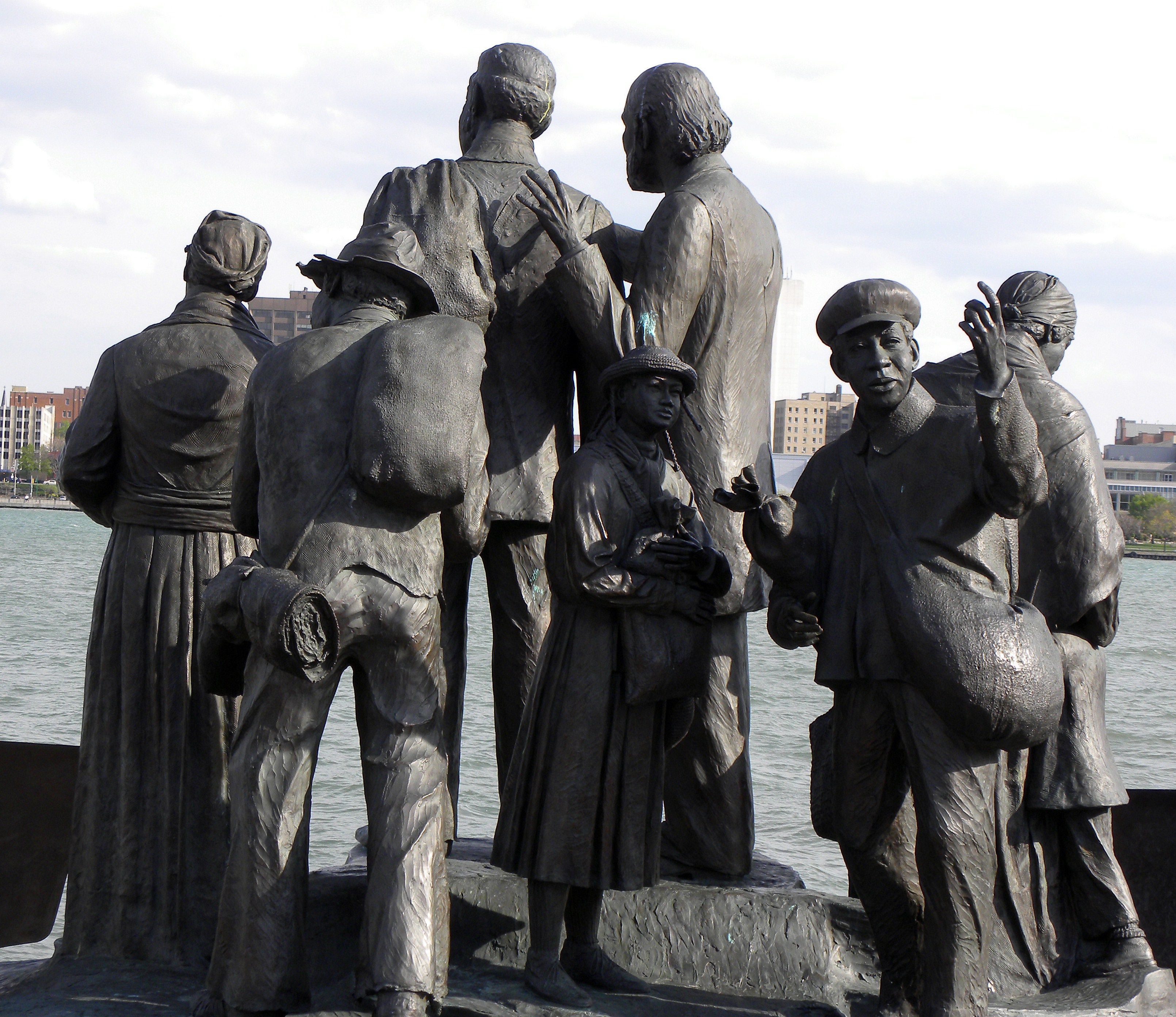 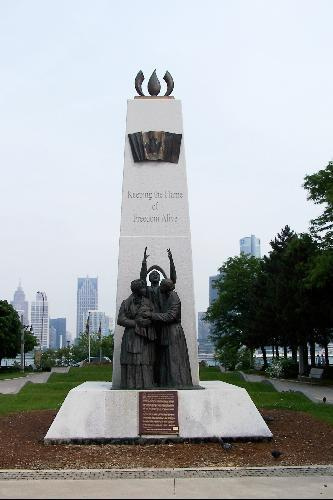 Detroit’s Role in the Underground Railroad

Throughout the informal underground railroad, with taverns and homes and barns as “stations,” helpers as “conductors,” and runaway slaves as “passengers” or “baggage,” Detroit has always remained at the forefront. The city even earned the name of “Doorway to Freedom.” Beginning in the late 18th-century and early 19th century, Detroit’s geographical location in combination with its community of radicalized African Americans and abolitionist sympathizers served as an integral passing point into Canada. Having a safe passage into Canada was especially important after the 1850 Fugitive Slave Act.

With the help of Seymour Finney, owner of the Finney Hotel, and feminist writer Elizabeth Chandler, the city gave birth to a widespread anti-slavery society. George de Baptiste, a free man from Virginia who moved to Detroit as an adult, formed a secret organization known as the African-American Mysteries or Order of the Men of Oppression, and Baptiste used boats to secretly transport passengers across the river. Detroit was also home to abolitionist leaders such as John Brown, Sojourner Truth and Frederick Douglass, who worked with the Second Baptist Members of the congregation to form two other anti-slavery organizations, the Amherstburg Baptist Association and the Canadian Anti-Slavery Baptist Organization.1

The community and resources for abolition, aiding the Underground Railroad, were prolific in Detroit, and estimates state that over 45,000 runaway slaves passed through Detroit.

The Gateway to Freedom Memorial

Before creating the Gateway to Freedom Memorial, Sculptor Ed Dwight played a pivotal role in contemporary African American society. The son of Ed Dwight, Sr., a second baseman for the Kansas City Monarchs of the segregated Negro League, Ed Dwight Jr. was the first African American accepted into the US astronaut training program in 1962 after a recommendation from President John F. Kennedy. However, he resigned from the program in 1966 and reclaimed his passion for art in 1974. Dwight’s first professional job was to create a sculpture for the Colorado capitol building. After other major projects aimed at documenting the often unknown contributions of African Americans, Dwight won a design competition in 2001 from Detroit 300, a non-profit group that was organizing Detroit’s tricentennial.

Dedicated on October 20, 2001, the Gateway to Freedom memorial features eight larger-than-life figures getting ready to cross the river into freedom. George de Baptiste is at the center, pointing a finger toward Canada. Next to Baptiste is a woman, man, and infant, and in the Canada memorial, a male and female figure have their backs facing the US, facing into the Promised Land.2

Inscription on ‘The Gateway to Freedom’ Marker

Until Emancipation, Detroit and the Detroit River community served as the gateway to freedom for thousands of African American people escaping enslavement. Detroit was one of the largest terminals of the Underground Railroad, a network of abolitionists aiding enslaved people seeking freedom. Detroit's Underground Railroad code name was Midnight. At first, Michigan was a destination for freedom seekers, but Canada became a safer sanctuary after slavery was abolished there in 1834. With passage of the Fugitive Slave Act in 1850, many runaways left their homes in Detroit and crossed the river to Canada to remain free. Some returned after Emancipation in 1863.

The successful operation of Detroit's Underground Railroad was due to the effort and cooperation of diverse groups of people, including people of African descent, Whites, and North American Indians. This legacy of freedom is a vital part of Detroit and its history.3