Mormon Springs and the Mississippi Saints

In a spring near this location in 1839, some of the first baptisms of the LDS/Mormon church occurred in the state of Mississippi. In order to have a section of the spring deep enough to conduct the baptismal ordinance, members dammed the nearby spring. The spring, or at least this section of the spring, is now called Mormon Spring Branch. Local LDS congregations gathered here while some Mississippi Saints of the church moved to Nauvoo to join the church until mounting pressure and persecution forced the Mississippians to follow the church as it moved west following the death of Joseph Smith Jr. in 1844. They met here before moving to the Salt Lake Valley. Those that left helped settle Utah and form Mormon settlements in Southern California and Arizona. They were one of the first to cross the Great Plains and establish western Mormon settlements. Those that stayed or joined afterwards maintained an LDS presence in this portion of Mississippi that remains to this day. 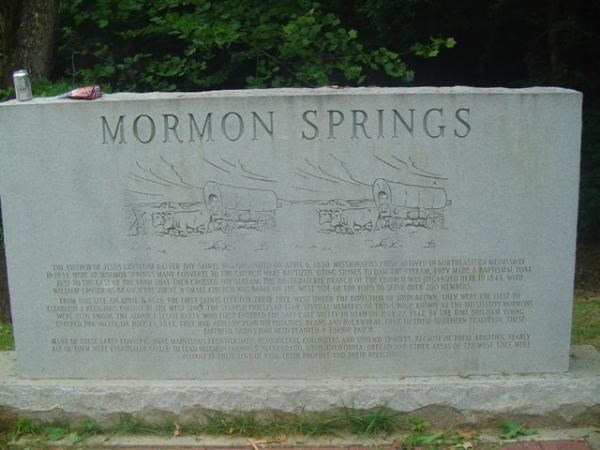 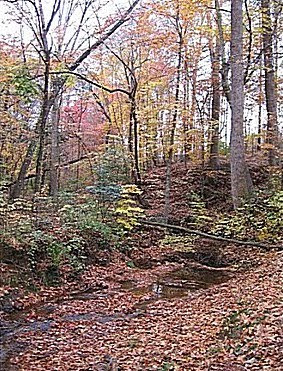 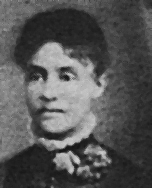 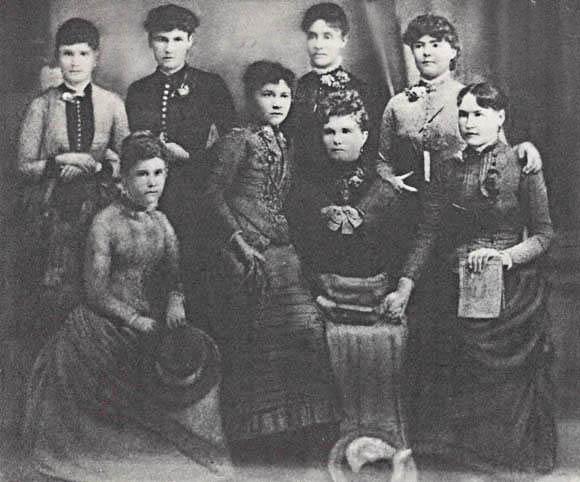 John Brown (no relation to abolitionist John Brown), the leader of the MIssissippi Saints wagon train to the Salt Lake Valley

The first LDS missionaries in Mississippi came in 1839. Elders Hunter and Clapp had by 1840 baptized 13 people and with other missionaries brought the total to 18 in 1841. The two areas of growth were here in Monroe County and further north in Tishomingo County. In 1842 a small branch was organized in Monroe county as the church grew increasingly and that same year up to 90 members gather in about 40 wagons to join the church in Nauvoo, Illinois. In order to conduct baptisms in this local area of Monroe County, the members of the church gathered at what is now called Mormon Spring Branch to dam this section of water to create a deep enough pool to perform the baptisms. Some of the "homemade" dam can still be seen today.

By 1846 a number of branches were organized all throughout the state. Of the about 200 members at the time, a number of them Blacks, some freemen, others slaves later to be free upon moving west. That same year, the Mississippi Saints decided to join up with the main body of the church as they were forced out of Illinois and headed west. As a result they were one of the first LDS pioneers to cross the Great Plains and wintered in Pueblo, Colorado waiting for the main body and ended up creating the first religious settlement in the western United States since the Spanish first came to California in 1769.

Arriving to the Salt Lake Valley, these Saints from Mississippi created two more settlements in modern-day Cottonwood Heights and Holladay Utah. In California they helped establish the settlement now known as the city of San Bernardino. Other ones were created along the Colorado River in Arizona. A descendant of the Mississippi Saints in California by the name of Alice Rowan was the first female Black graduate of the Los Angeles Normal College in 1888 and later served as an educator in nearby Riverside, CA.

Back in Mississippi a small church presence maintained itself in the state though growth and missionary labors were halted at the beginning of the Civil War until 1877 when Reconstruction ended. Throughout the 1880s persecution reared its ugly head again upon the local LDS members with efforts to have the state government evict them from the state, but such efforts failed.

In 1965 the first two stakes (formal organization of multiple ward and smaller branch units into one body) were organized in Mississippi in Jackson and Hattiesburg. Today the church continues to grow with stories of the early Mississippi Saints in both the state and their achievements out west being sources of optimism and self-esteem for today's members.