The Sheppard and Enoch Pratt Hospital, currently known as the Sheppard Pratt Health System, was established in 1853 and opened in 1891 in Towson, Maryland, a suburb of Baltimore. 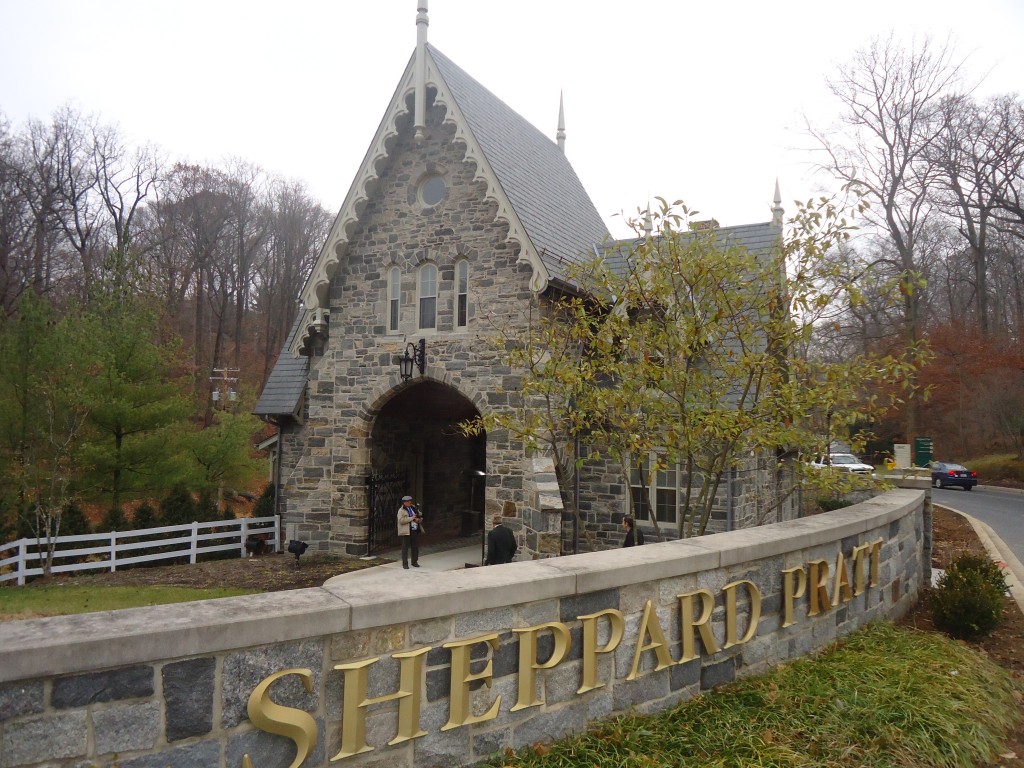 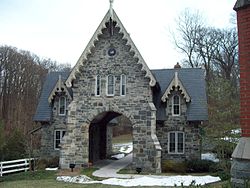 Founded by Moses Sheppard, a Baltimore Quaker (Society of Friends) merchant, and benefactor Enoch Pratt, the Sheppard and Enoch Pratt Hospital served as a mental facility and training school for psychiatric medical professionals.  The hospital’s administration stressed improved hygiene and sanitation for the treatment of mental illnesses.  Through the examples of humane medical treatment by the Society of Friends, Moses Sheppard stressed comfortable and polite treatment of patients that included privacy and fresh air and sunlight.  At this time, most mentally ill patients were treated in municipal almshouses, private hospitals, or family homes.  Although almshouses treated large volumes of patients, these patients received inadequate treatment in unsanitary, poorly equipped, and under staffed facilities.  Administrators of the Sheppard and Enoch Pratt Hospital aimed to offset the inadequate mental health treatment in these facilities through the use of curative medicine.

Patients of the hospital were separated by sex, with separate buildings for men and women.  Each building contained about fifty rooms located on four floors.  Patients were also treated in different wings of the buildings depending on psychiatric classifications.  Those deemed as most disturbed, including those at risk of hurting themselves or others, were placed in wings furthest from administrative offices.  Convalescent patient rooms were located closest to reception rooms and the library.

Sheppard Pratt Health System continues to treat mental health patients today.  It is a non-profit, private facility that specializes in special education services, mental health, and substance abuse treatments for children and adults.  The facility maintains the patient-centered approach that Moses Sheppard and Enoch Pratt established in the late 19th century.  The Sheppard Pratt Health System’s Towson campus also houses the Robert W. and Diane E. Gibson Museum, which consists of nearly 2,000 artifacts, including documents, furniture, books, photographs, equipment, and art.  Many of these artifacts are from Moses Sheppard’s personal collection.  This museum is open to the public by appointment only.

“Diseases of the Mind: Highlights of American Psychiatry through 1900, Early Psychiatric Hospitals & Asylums.” U.S. National Library of Medicine. Accessed November 5, 2014. http://www.nlm.nih.gov/hmd/diseases/early.html. This article discusses the evolution of mental health treatment in the United States from the mid-18th century to 1900. It focuses on mental health facilities, physicians, and various medical procedures and treatment. Grob, Gerald N. Mental Illness and American Society, 1875-1940. Princeton: Princeton University Press, 1983. This books focuses on the institutionalization of mental healthcare in the United States. Grob argues that despite their inadequate and dangerous care of patients, early mental health facilities served a custodial role for dependent, mentally-ill patients. He also argues that it was the role of the patients and their interaction with facility administrators that helped shape and change mental health facilities throughout the 20th century. National Record of Historic Places Program. “Sheppard and Enoch Pratt Hospital and Gate House.” Accessed December 5, 2014. http://msa.maryland.gov/megafile/msa/stagsere/se1/se5/003000/003400/003444/pdf/msa_se5_3444.pdf. This is the National Historic Landmark nomination form for the Sheppard and Enoch Pratt Hospital and Gate House. This document focuses on the history of the hospital, the construction and architecture of the facility, and the current state of the facility.