During the Great Depression, local residents constructed this memorial in honor of President Abraham Lincoln's mother, Nancy Hanks Lincoln. On June 12, 1935, the memorial was dedicated- the 129th anniversary of Thomas Lincoln's marriage to Nancy Hanks. 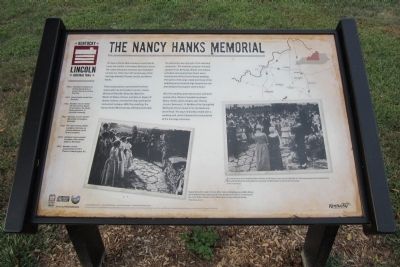 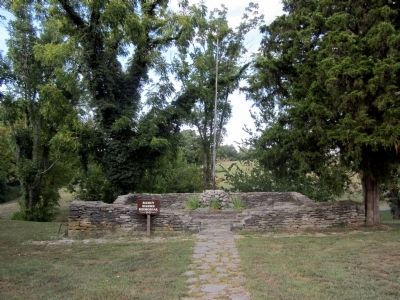 Clarice Nichols of Danville, Kentucky, Mary Ann Martin of Salem, Illinois, and Alice A. Baylor of Speed Indiana, three young women who each each had ties to President Abraham Lincoln, played a part in planning the dedication ceremony. Reflecting ideas of gender at the time, the ceremony emphasized Nancy Hanks' role as wife and mother. Rain delayed the program several times, but the crowd braved the elements and listened to speakers from Kentucky, Illinois, and Indiana. The celebration also included a chicken and ham dinner and a reenactment of the Thomas Lincoln and Nancy Hanks' wedding. Acting as Nancy Hanks was Marion Campbell and acting as Thomas Lincoln was James Gregory. The Reverend of the ceremony was Reverend J.R. McAfee of the Springfield Methodist Church.