The Great Lakes Museum of Military History was created to educate children and adults about military heritage. The Museum was created in 1993, and works to preserve, restore and display military memorabilia from the Revolutionary War up to present day. 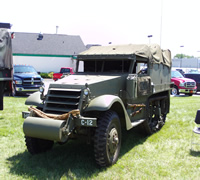 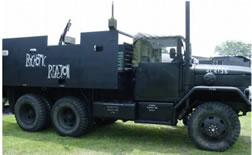 Great Lakes Museum of Military History is a 100% volunteer ran museum.  They are also a non profit organization.  Inside the Museum you will find numerous items of military memorabilia.  One such item is the uniform worn by the guard that seated the Germans being tried at the Nuremburg War Crime Trials.  Also on display is the seating chart used by the same guard to seat those individuals being tried.

They also have on display documents showing battlefield promotions during the Civil War, some of which are written on "sheepskin".  There are also displays of Confederate money, as well as a 12 pound Civil War cannon ball.

They have a large display of WWI memorabilia, such as six uniforms, many photos, documents, medals, and letters written by soldiers during the war. There is also two large framed insignias that were donated by an aviator's family.  One insignia came from the aviator's plane and the other came from a German plane that the aviator had downed.

The Museum in home to over 5000 military items.  It also maintains an excellent reference library and archive for those who research or are a student of military history.