Honored by modern Cherokee people as a sacred site, the Red Clay State Historic Park was once the seat of the Cherokee Nation. Prior to 1838, the Cherokee Nation utilized the site for council meetings and treaty negotiations. That year the United States military began to enforce the Indian Removal Act of 1830 and the New Echota Treaty signed in 1835. The majority of the Cherokee people were made to emigrate to the western United States along the Trail of Tears. Nearly 15,000 of the 100,000 Native Americans forced to relocate would die on the path to the so-called Indian Territory. Today, the park offers visitors the opportunity to learn about the Cherokee Nation at the James F. Corn Interpretive Facility and enjoy the natural beauty of Blue Hole Spring. 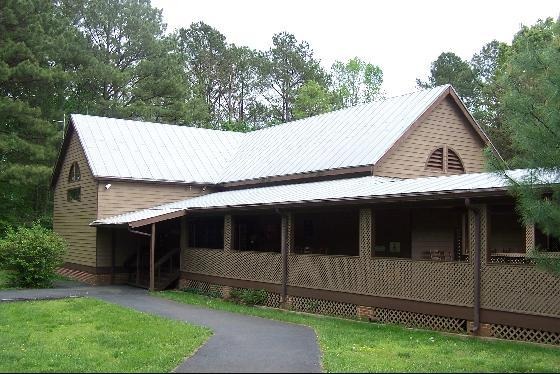 Sleeping Huts for the Cherokee Council 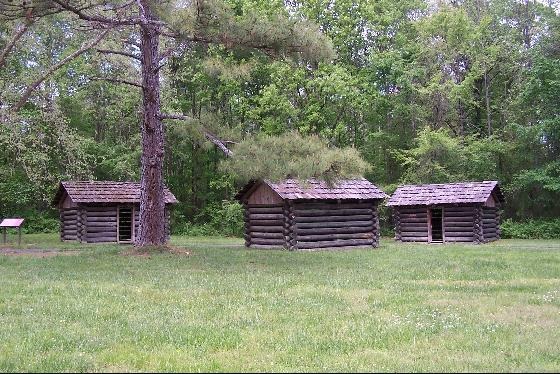 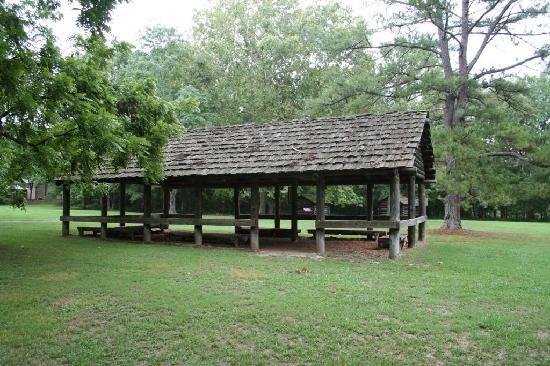 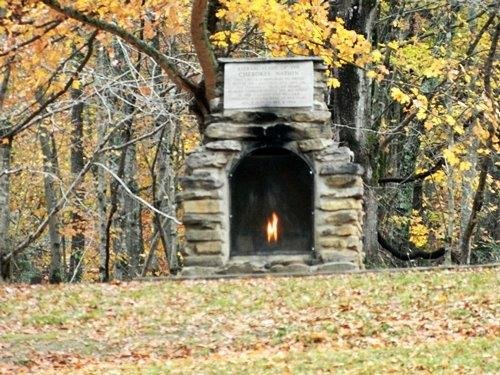 One of the Sleeping Huts for the Cherokee Council On the grounds of what is today known as the Red Clay State Historic Park, the Cherokee Nation held their last capital from 1832 to 1838. During this time the Cherokee held 11 general council meetings. The council grounds had been relocated from a previous meeting place in Georgia in 1832 as they began to face more restrictions from the local government.

After the Indian Removal Act was passed in 1830 under President Andrew Jackson, a longtime advocate for indigenous relocation, emissaries of the federal government began to approach native tribes to sign voluntary removal treaties. One such agreement known as the New Echota Treaty was proposed to the Cherokee Nation in 1835 by Reverend John F. Schermerhorn, a Baptist minister, at the Red Clay Council Grounds. The council rejected Schermerhorn’s treaty almost unanimously. Rather than give up, Schermerhorn found a smaller segment of the Cherokee Nation in Georgia who would sign the treaty just two months later. This document would later be used as part of the government’s efforts to force the Cherokee off of their lands. In 1836, the Cherokee Council met again to discuss the treaty. Led by Chief John Ross, the group largely rejected the treaty again and would do their best to resist its enforcement. The Cherokee Nation even took two cases to the Supreme Court, Cherokee Nation v. Georgia (1831) and Worcester v. Georgia (1832), in an attempt to halt the removal of indigenous peoples from there lands but were unsuccessful.

In later years, the Cherokee Nation along with many other Native American people would be forced to relocate in the west as the federal government began enforcing the Indian Removal Act. The path taken by the indigenous people as they emigrated is known as the Trail of Tears. It was made up of several land routes and a central water route, stretching about 5,045 miles. Some 100,000 indigenous people were forced to relocate and nearly 15,000 of them would die on the journey. Of this number, 16,000 were Cherokee people. An estimated 4,000 Cherokee did not survive the Trail of Tears.

In 1972 the council grounds were listed on the National Register of Historic Places after the area had become a state park. The James F. Corn Interpretive Facility features information about the Cherokee Nation, the Trail of Tears, Cherokee artwork, and offers a small library on these subjects. There are now also replicas of the 1830s council house, sleeping huts, and the tribe’s farm on the grounds that visitors can explore. In 1984 the modern-day Cherokee Council returned to the location and lit an eternal flame in honor of the Cherokee who died as a result of the Indian Removal Act.

In addition to these historic sites on the park, there are a variety of other activities. The park offers picnic shelters, an amphitheater, short hiking trails, and the Blue Hole Spring. The spring itself is also considered a sacred site for the Cherokee people. During the 1830s, the spring was both a landmark and water source for the council.