The Eighth and Center Streets Baptist Church was built in 1872, replacing the first one built in 1853. The church is an important religious and social gathering place for the African American community. 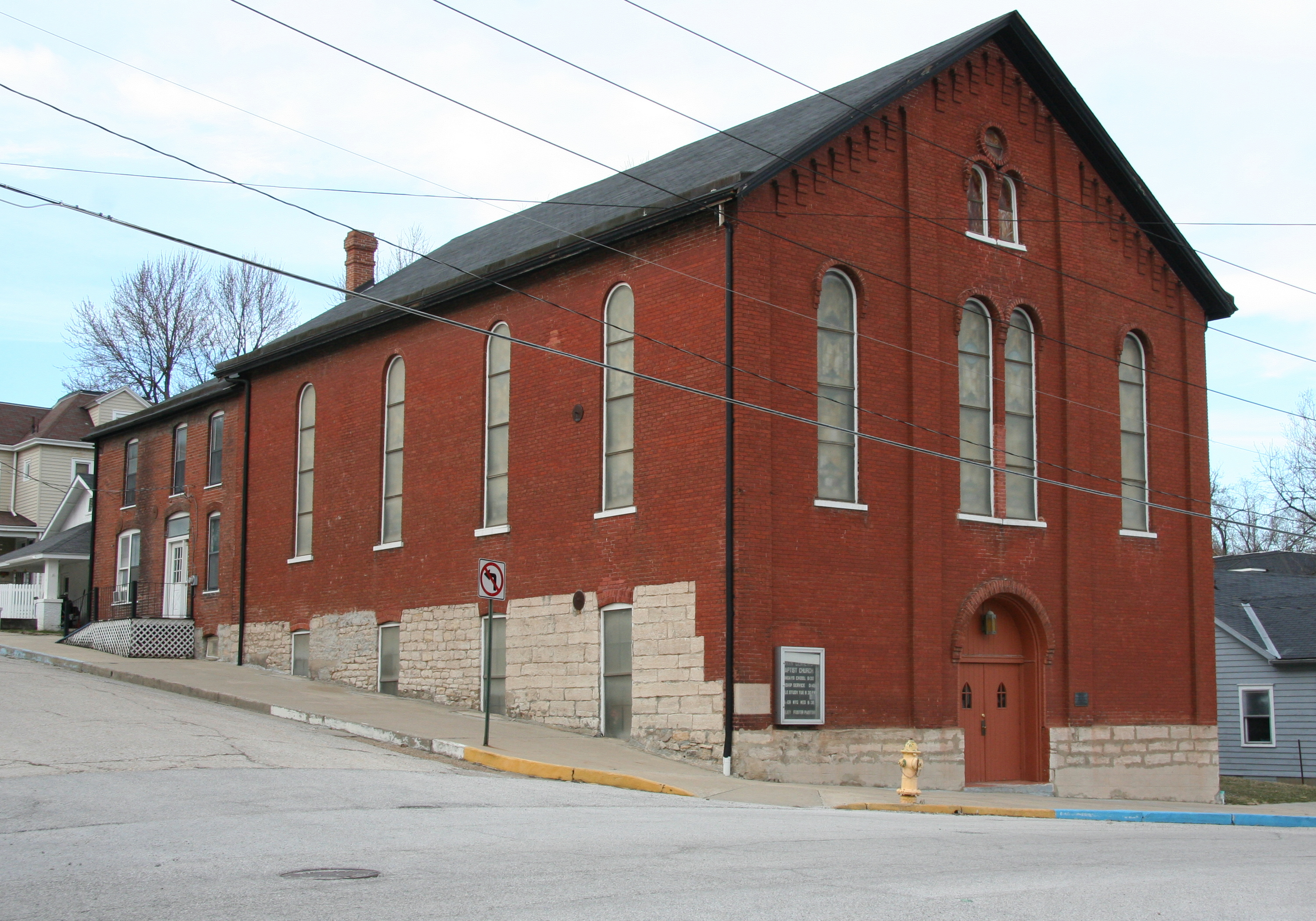 The Eighth and Center Streets Baptist Church was originally organized in the 1830s. At the time, Missouri law prohibited Blacks from gathering in large groups for any purpose, including gathering for worship, unless the group was supervised by a person of white color. Fortunately in Hannibal, Blacks managed to found churches and define freedom for themselves.

The original church structure was a multi-denominational facility with a multi-racial congregation. The divisions that prevailed throughout the country during the Civil War also impacted the congregation, causing the original church to split into a Black and a white church. The land for the present church which was home to the African American group was purchased by church elders in 1853 for $37.50.

The site of the present church structure has early associations with Blanche Kelso Bruce, a Black leader of national prominence in the post-Civil War period. Blanche K Bruce was a former slave, born in Prince William County, VA and brought to Missouri while he was still young.  He escaped to Hannibal and organized the school associated with the Eighth and Center Streets Baptist Church. Bruce ran the school for several years, relocating to Mississippi after the Civil War. Bruce was the only Black Senator from Mississippi to serve a full term in the Reconstruction Era and following years, serving in the US Senate from 1875 – 1881. Bruce later relocated again to Washington, DC, where he served as a public official and was a leading citizen. His Washington home is on the National Register of Historic Places as well.

Other notable figures associated with Eighth and Center Streets Baptist Church include Oliver Webb and GH McDaniel. Webb was the first pastor and served in that capacity for forty years. Webb’s successor, GH McDaniel, was also the publisher of the Missouri Baptist Standard, the only African American publication in Missouri at that time.