Built in 1905, the Martin House is one of architect Frank Lloyd Wright's greatest works. It is one of the finest examples of the Prairie School style, which is characterized by features such as long horizontal lines, wide overhangs, and a central hearth. The house is actually a complex of several buildings: the house built for wealthy businessman Darwin and his wife Isabelle, as well as their two children; the carriage house; the conservatory; the Barton House (built for Darwin's sister Delta and her husband George Barton); the pergola that connects the main house and the carriage house; and the Gardener's Cottage. The buildings feature Wright's furniture and decorative artwork, notably his art glass windows. A modern building, the Greatbach Pavilion designed by Toshiko Mori, was constructed in 2009 and is the site's visitor center. The Martin House was listed on the National Register of Historic Places in 1975 and designated a National Historic Landmark in 1986.

The Martin House was built in 1905 and remains one of Frank Lloyd Wright's best works. 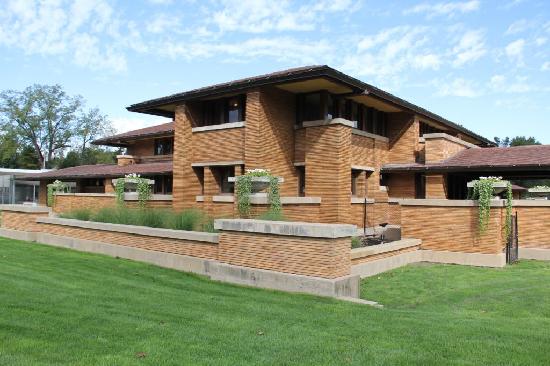 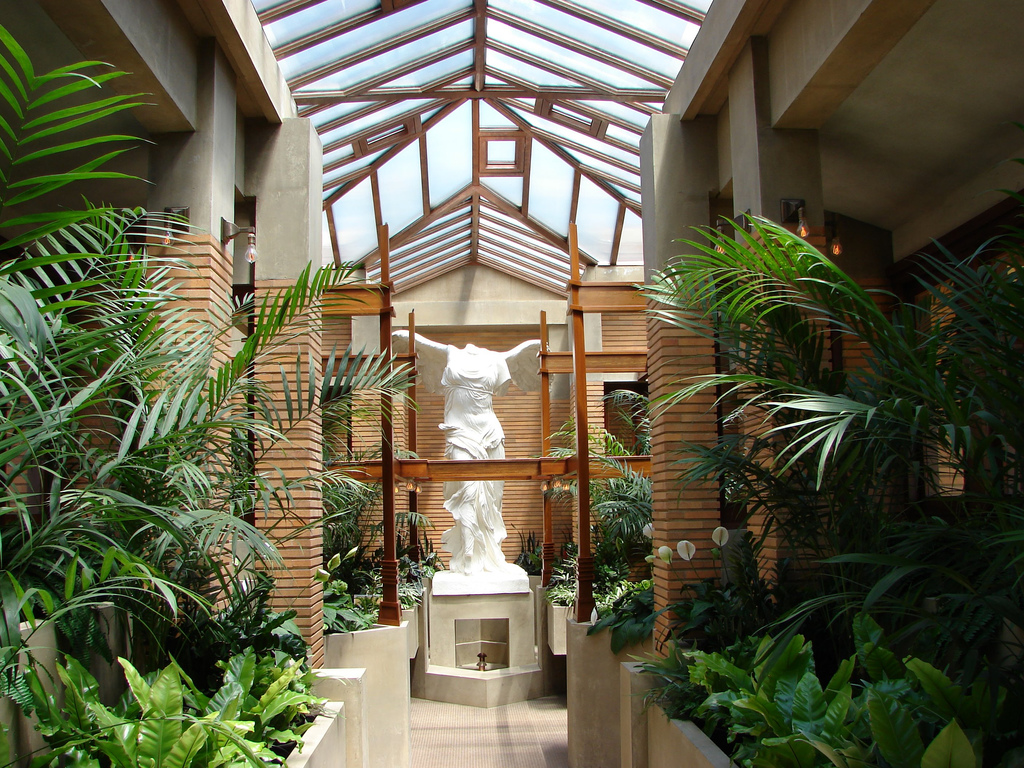 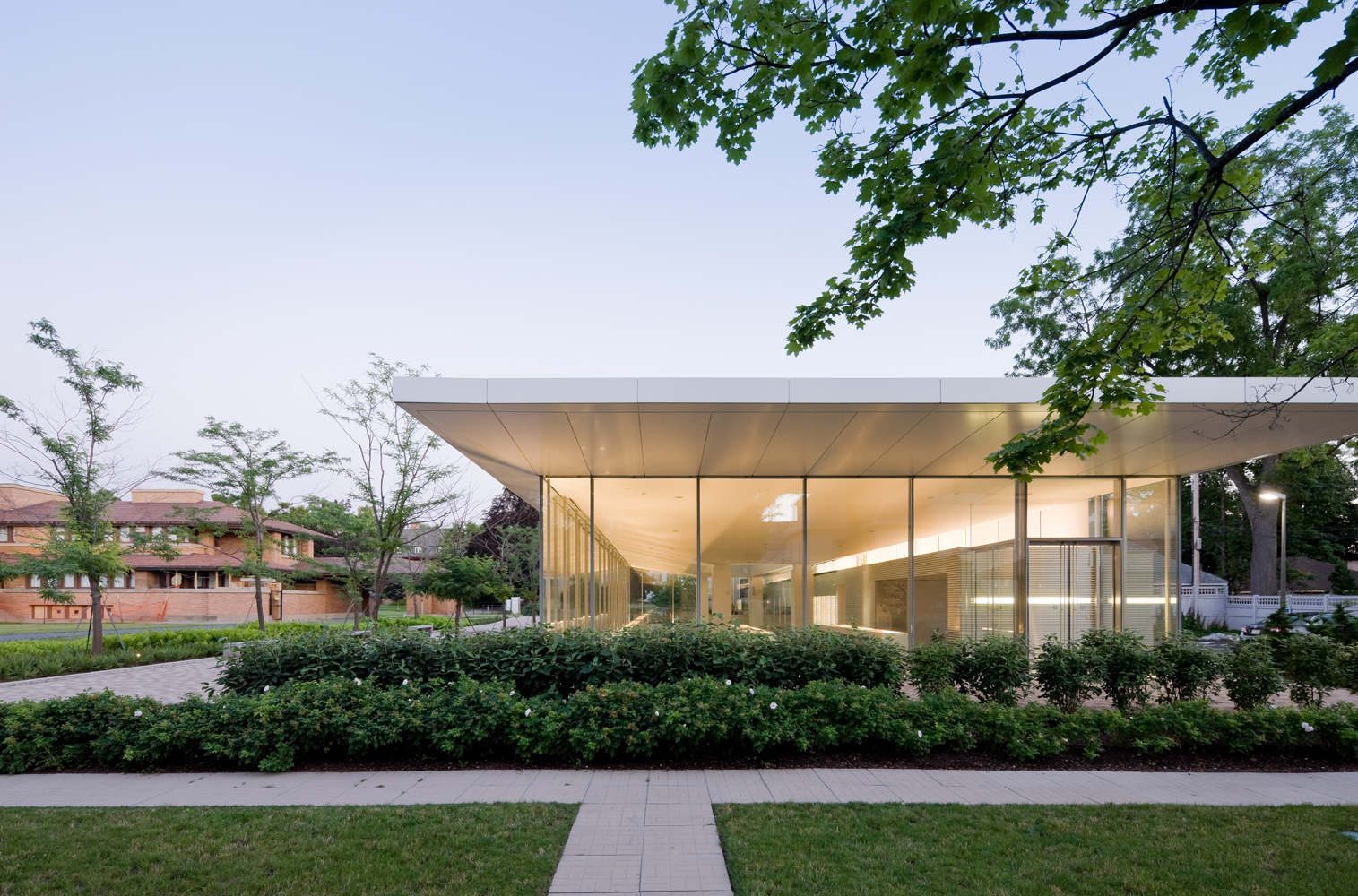 Wright designed a home for Dawin's brother, William in Oak Park, Illinois and Darwin was so impressed that he hired Wright to build his home as well. The Martin family--Darwin, Isabelle, and their two children Dorothy and Darwin Jr.--lost their wealth in the Great Depression, and Darwin passed away in 1935. The Barton House and Gardener's Cottage--two other Wright-designed houses on site--were sold off. Isabelle left the main Martin House in 1937 and it stood vacant for 17 years. Throughout a series of owners, the pergola, conservatory, and carriage house were demolished. The Martin House Restoration Corporation formed in 1992 and officially received the title in 2002. Restoration of the houses on site, as well as the historic landscape, were completed in 2019.