Cocoanut Grove House was once the only hotel on Florida’s coast between Titusville and Key West. The hotel was originally built in 1876 by Elisha Newton “Cap” Dimick as a private residence for his family. The Cocoanut Grove House opened as an inn after Dimick added eight rooms to the building in 1880. In 1882, Dimick sold the hotel to Commodore Charles Clark. Approximately 4,500 guests visited the hotel between 1883 and 1895, arriving by a flat-bottom boat that sailed between the Indian River and Lake Worth. Hotel guests dined on fish, green turtle, venison, and vegetables for $1.50 a day or $6 by the week. In October 1893 the Cocoanut Grove House was destroyed by fire.

The hotel stood at the northwest corner Pendleton Lane and Lake Trail in Palm Beach. 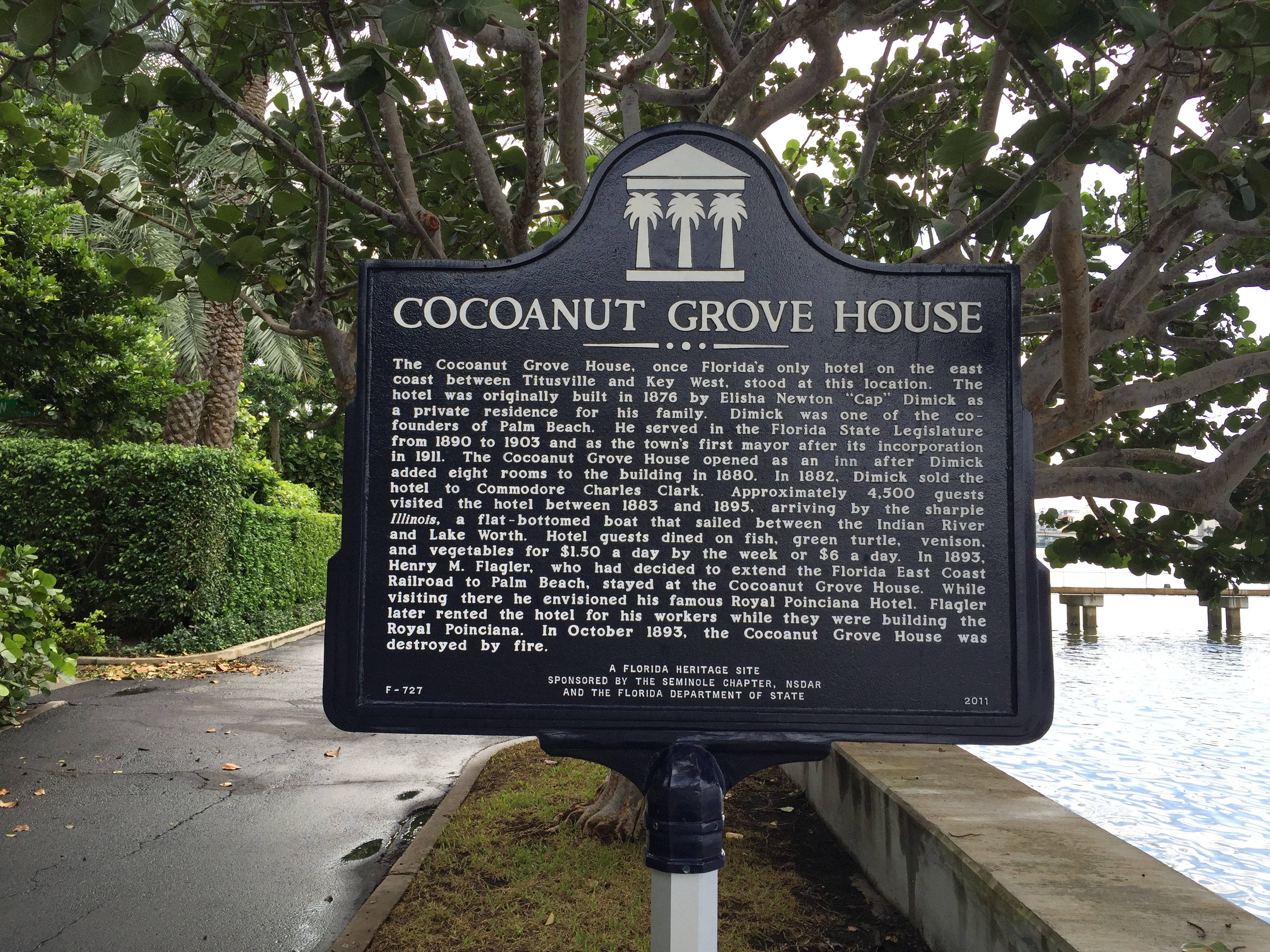 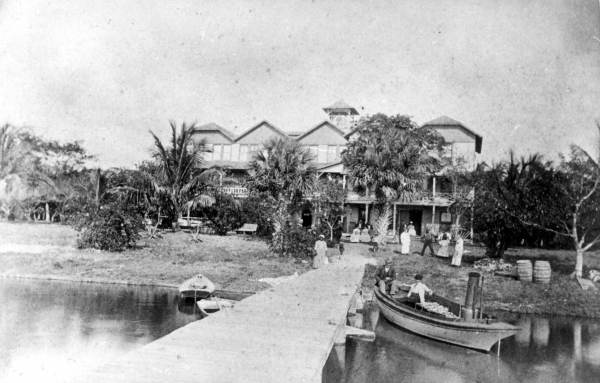 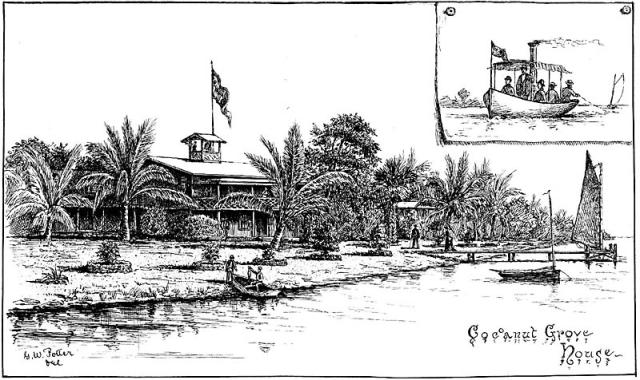 An influential figure in the region's early history, Dimick was one of the founders of the city of Palm Beach and served in the Florida legislature from 1890 to 1903. He also became Palm Beach's first mayor following the city's incorporation in 1911.

The hotel is also connected to another influential Floridian, Henry M. Flagler. In 1893, Flagler extended the Florida East Coast Railroad to Palm Beach and stayed at the Cocoanut Grove House during his time in the area. While visiting this beachfront hotel, Flagler envisioned that would become the famous Royal Poinciana Hotel. Flagler later rented the hotel for his workers while they were building the Royal Poinciana.