Completed in 1927, the Beth Shalom Synagogue is best known for its two terracotta towers--the only example of Byzantine architecture in Kansas City. It has been the home to Victorious Life Church since 1969. 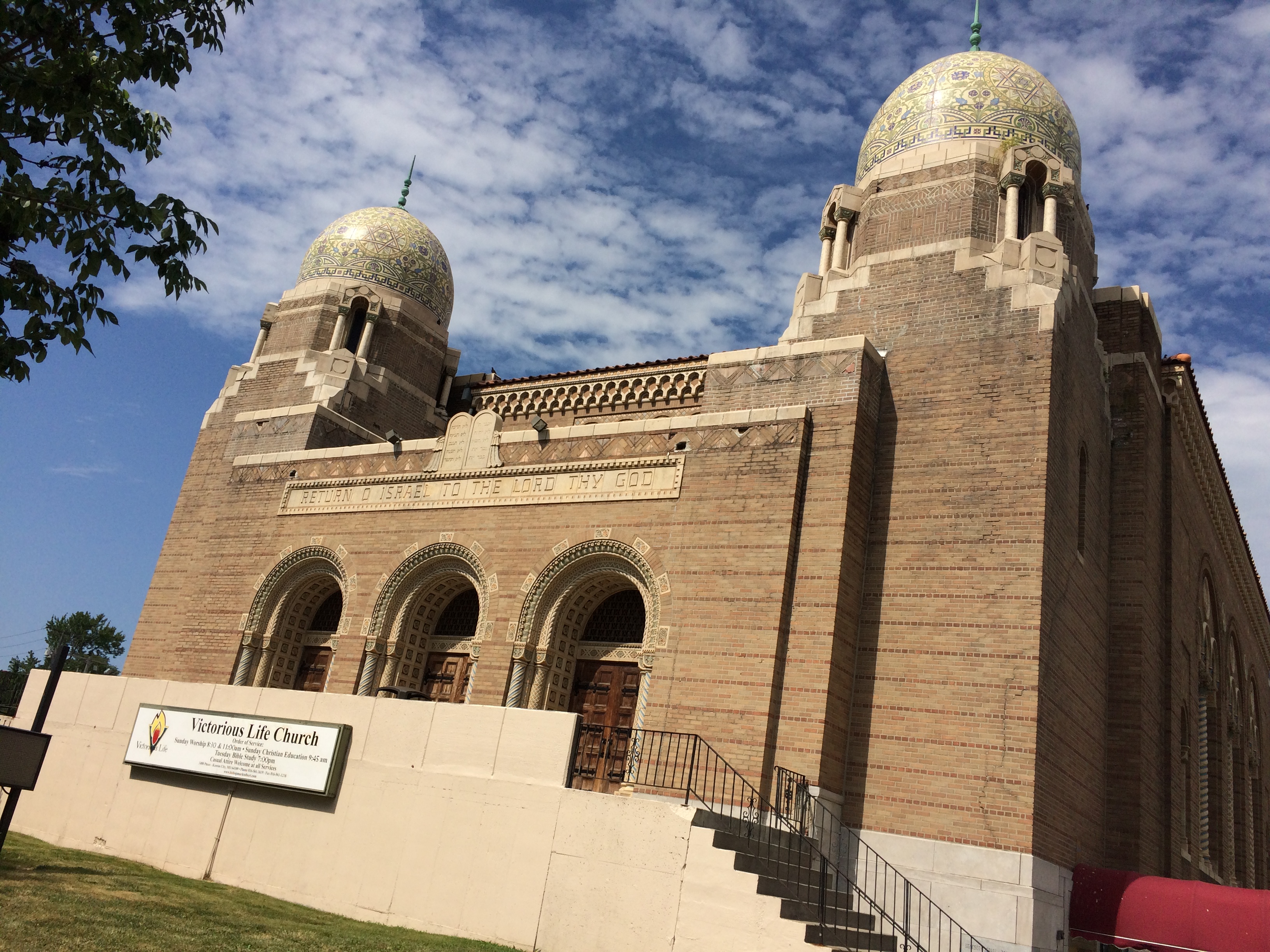 Keneseth Israel's original design, vastly different from the one that was eventually built. 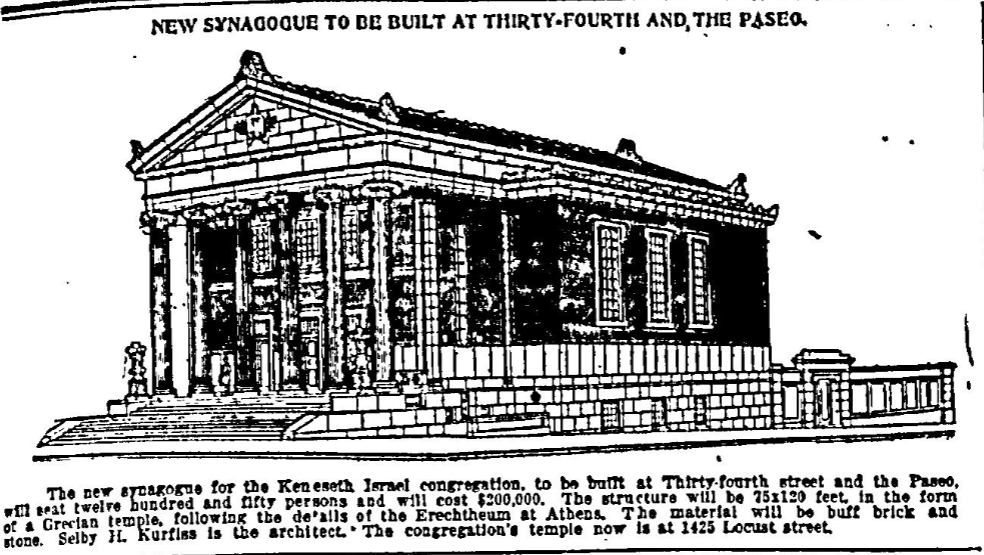 Kansas City's first Orthodox synagogue was completed in 1902 and located at 15th and Oak Streets. A division between members of this congregation in 1915 led some families to form a separate group. This new congregation practiced Conservative Judaism and took the name Beth Shalom, meaning House of Peace. Each congregation grew in the following years, and in 1920, both began talks of moving to bigger buildings. Keneseth Israel made plans to build a new synagogue on 34th and the Paseo in a Grecian style, consulting with local architect Selby Kurfiss and even printing a design in the newspaper. They built the basement in the original style but then realized they didn't have enough funds to complete the building. It took four years, but the two congregations were able to put aside their differences and merge back into one.

The reunited congregation, now called Keneseth Israel-Beth Shalom, began plans to build a new synagogue, selecting a Byzantine-styled design that was popular among other Jewish congregations at this time. The 500 families of the congregation financed the construction of the synagogue at a cost of $400,000.

The synagogue's elegance is a reminder of the days when the Paseo was the most fashionable thoroughfare in Kansas City. The synagogue's terracotta domes continue to dominate the Paseo's skyline, although visitors to the synagogue will also notice the building's three arched doorways and decorative frieze across the front façade of the building that includes an artist's depiction of the Ten Commandments. The building's interior features exquisite arches with stenciled beams that contain biblical symbols and walls that alternate stained glass with walnut woodwork. The synagogue's altar contains a walnut Ark covered in gold—a reference to the Biblical Ark of the Covenant.

Like many other cities following World War II, Kansas City experienced significant migration from the city's core to suburban areas. Part of this migration was part of the phenomenon known as "white flight" as fears of neighborhood and school desegregation inspired a growing number of families to move beyond the boundaries of urban neighborhoods. With no geographical barriers to limit residential expansion, and the construction of interstates that connected the suburbs with the city, Kansas City's downtown neighborhoods faced the twin challenges of depopulation and declining revenue. This migration weighed heavily on urban churches, and the Beth Shalom Synagogue was no exception. Hoping to keep its leading congregants, Beth Shalom purchased land ten miles south and west of its present location and built a new synagogue in 1948 and sold this building to Christ Temple Pentecostal Church two decades later. In 1969, the current tenant, Victorious Life Church—a pentecostal congregation—bought the old synagogue and moved in a year later.