The Old Lock Pump House on the Chesapeake and Delaware Canal was one of the first National Historic Landmarks to recognize an engineering achievement rather than an important building or a place associated with an historic event. The pump house, whose first element was built in 1837, preserves a feature of the old canal, which relied on locks and pumps to move vessels over the low divide of the Delmarva Peninsula between Chesapeake Bay and Delaware Bay. Because there are no large rivers on the peninsula, water had to be pumped uphill to fill the upper canal and locks. When the canal was cut deeper in the twentieth century, such measures were no longer required, and the pump house is one of the last relics of the old canal. 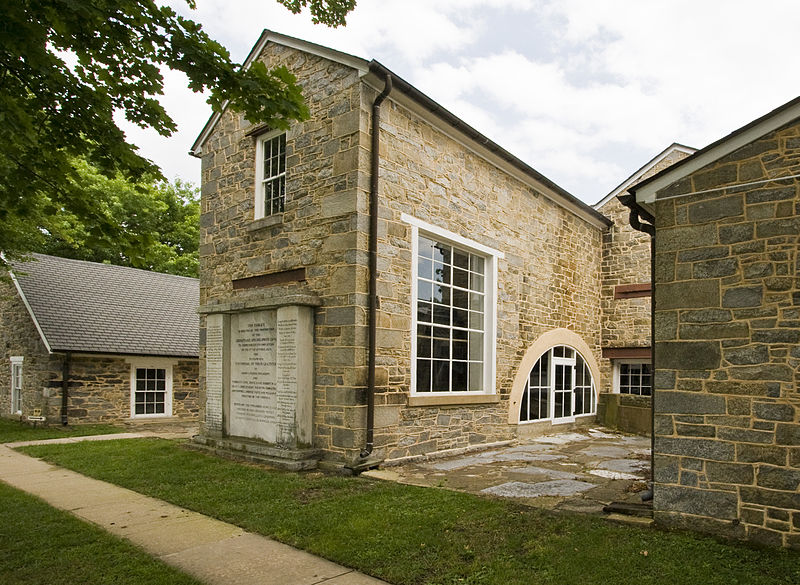