Located along the shores of Lake Champlain, Crown Point State Historic Site contains the ruins of two 18th century forts, one built by the French (Fort Saint-Frédéric) and the other by the British (Fort Crown Point); both are separately listed on the National Register of Historic Places and designated National Historic Landmarks. The site includes a renovated museum that features a multimedia program shown to visitors before they see exhibits and the grounds. Also on the site are restored the Crown Point Pier and Champlain Memorial Lighthouse.

Ruins of Fort Crown Point, which was mostly an earthen fortress, the largest one built in the country. 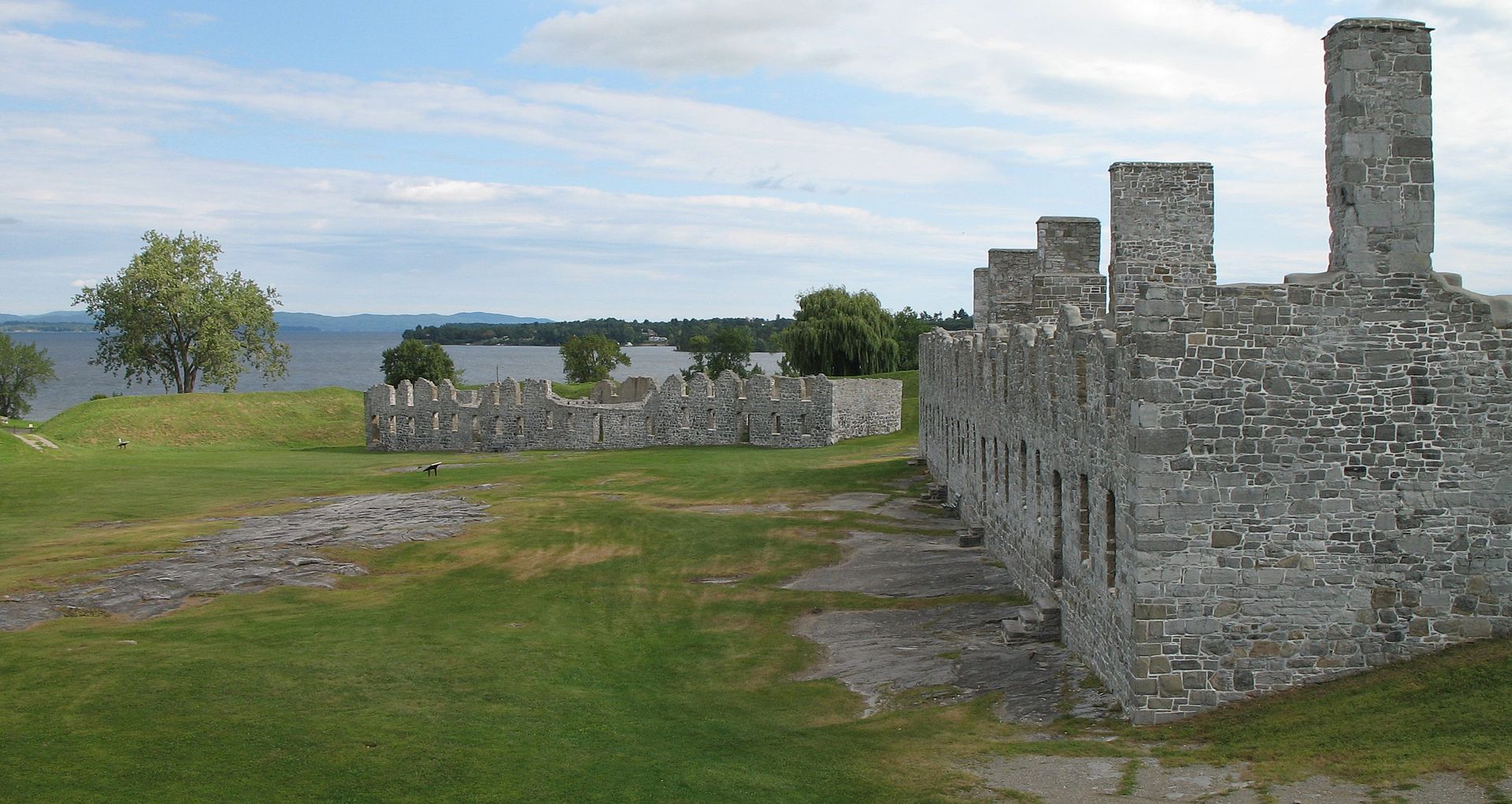 Aerial view of the Fort Saint-Frédéric, which was much smaller than the other fort. Credit: Chris Fastie 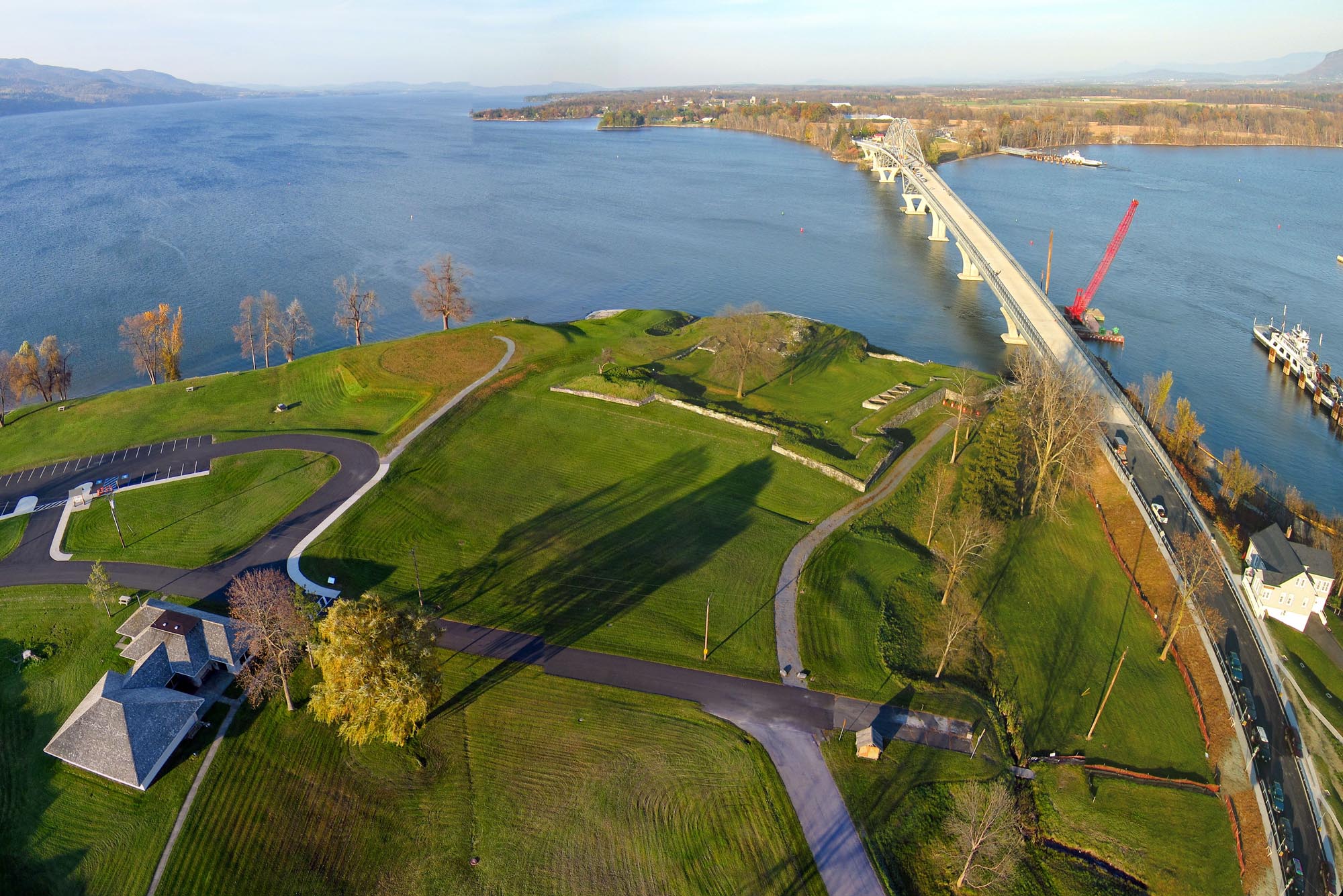 Model of Fort Saint-Frédéric in the museum 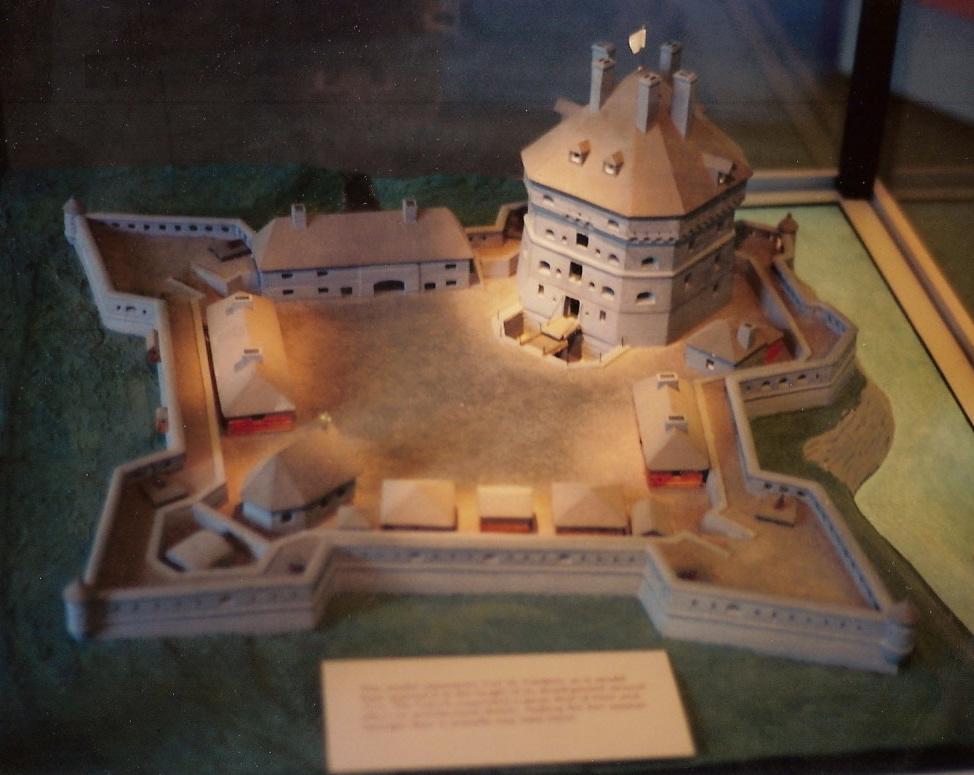 The French built Fort Saint-Frédéric in 1734 to help secure the region from the British, who were fighting the French for control of North America. The British never attacked the fort but in 1759 the French destroyed it as British troops were advancing towards it. The British built Fort Crown Point next to the ruins of the other fort in the early 1760s. The British used it as a staging area to push the French into Canada. It was never attacked either. Early in the Revolutionary War, the Continental Army captured Fort Crown Point and seized its canons and sent them down to protect Boston. The British recaptured the fort in 1777 and remained there until the end of the war.

Grounds are open 9 am - 6 pm until Columbus Day, or otherwise by appointment. Museum: May 9 - October 19, Thursdays-Mondays: 9:30am - 5pm (Closed Tuesdays & Wednesdays)