This Prehistoric Museum has over 700,000 display of geologic, fossil, and prehistoric human records that were found in Utah. The museum has gained national attention, with the large mural of Jurassic dinosaurs painted in 1961 featured in several magazines and has had over one million visitors.

Sculptures of dinosaurs, including the first "Al" greet visitors on their way into the museum. 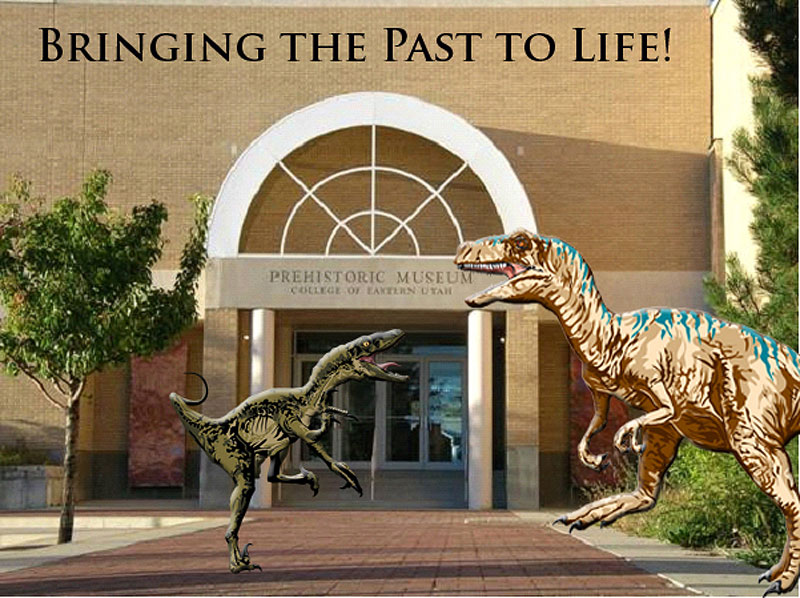 Raptor sculpture at the door of the museum 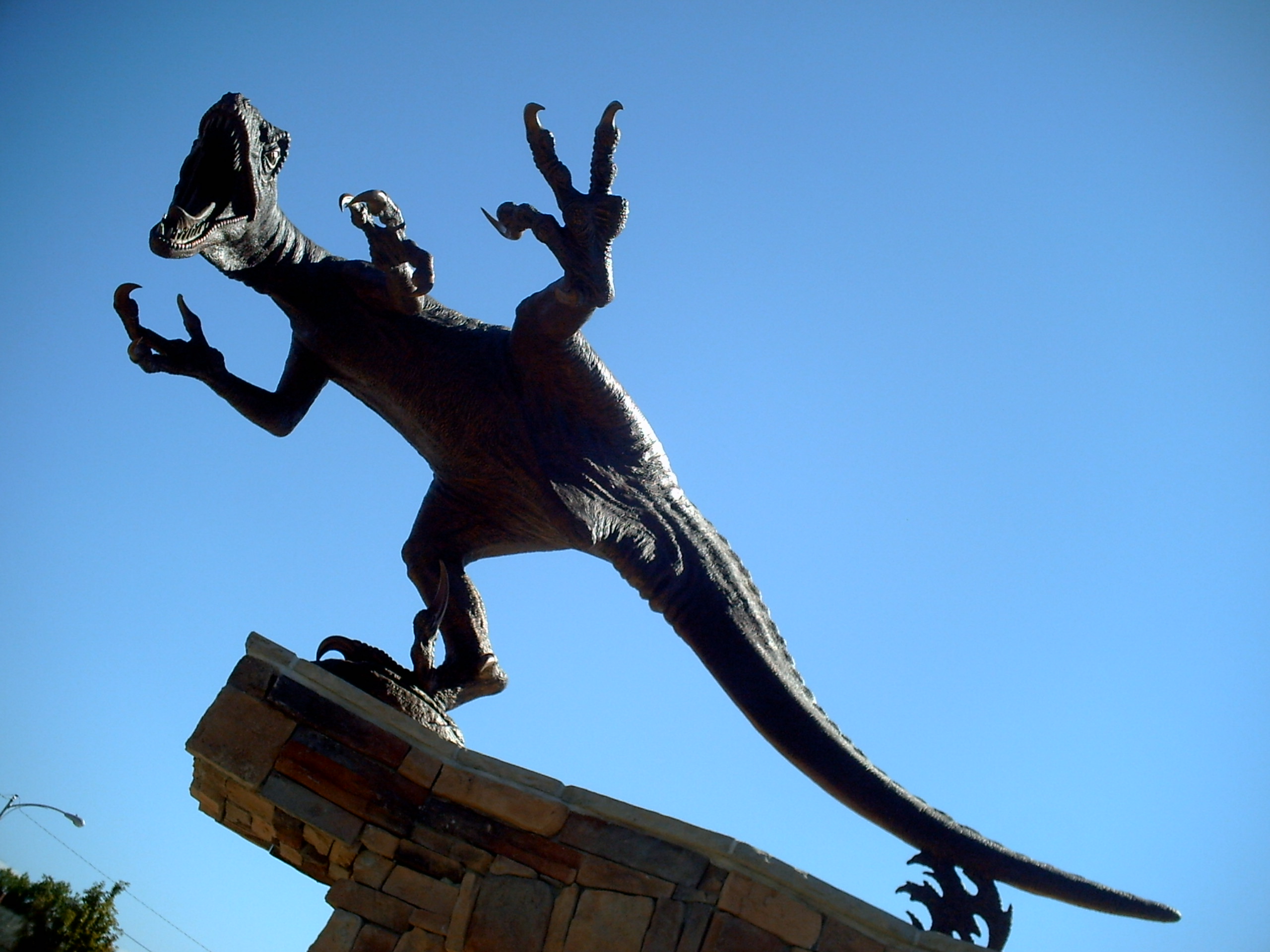 In the summer of 1960, Lee Stokes and Eldon Dorman encouraged the Price Chamber of Commerce purchased an Allosaurus skeleton to bring tourists to the small town. The Chamber works with Carbon College and geology professor Don Burge to develop a museum around the skeleton. Attention and support pours in from statewide, as this will be one of the first museums of its kind in Utah.

The museum opens in 1961 with just 1500 sq. ft. of space on the second floor of the municipal building. It featured small collections or fossils and artifacts donated by the community. The museum brought in many tourists and served as a cultural center for many years until it moved to a separate building in 1973.

Over the years, the museum has featured many fossils, skeletons, and performances. In 1990, the museum finally developed a new hall displaying only dinosaurs. A year after that, in 1991, they start doing research on fossils and artifacts on site. In 2010, the museum joined Utah State University.
Through lectures, events, and educational programs, the educated team creates an understanding of human development. Much of the research comes from Utah State University, preservation programs, and authentic exhibits. Features include dinosaur bones, prehistoric creatures, and an art gallery. There are many hands-on exhibitions for children.

One particular fact sets the museum apart from others, is its national accreditation by the American Alliance of Museums. This puts it in the 10% of museums awarded such accreditation. It is a federal and state repository for paleontological and archaeological collections and has over 700,000 archaeological artifacts, comprising one of the largest and most significant collections in the country.