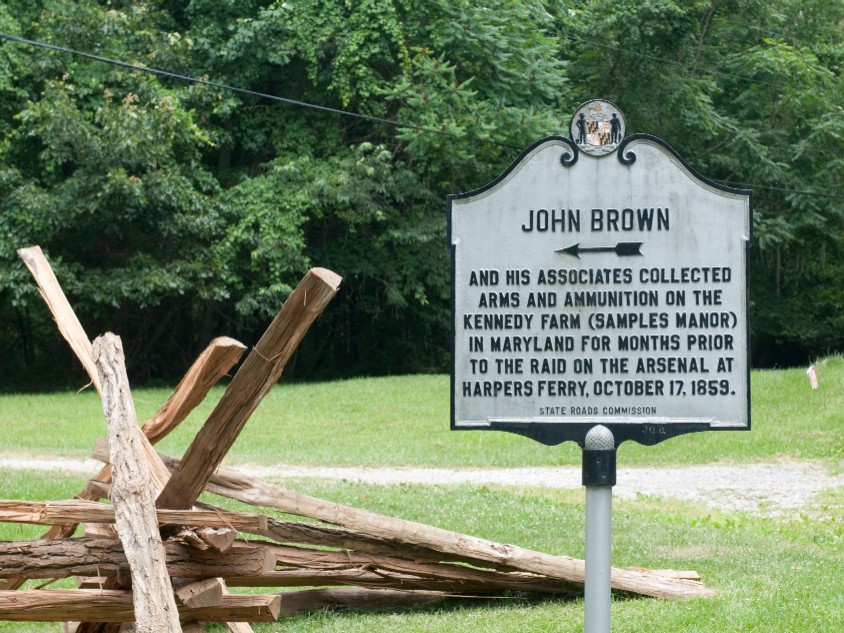 The Kennedy farmhouse in 1965, prior to restoration. 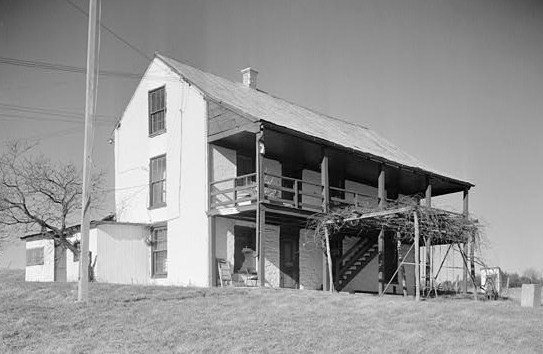 The farmhouse restored to the time of John Brown.

A view from inside of the Farm house shows some of the tools and supplies that were used to prepare for the raid. 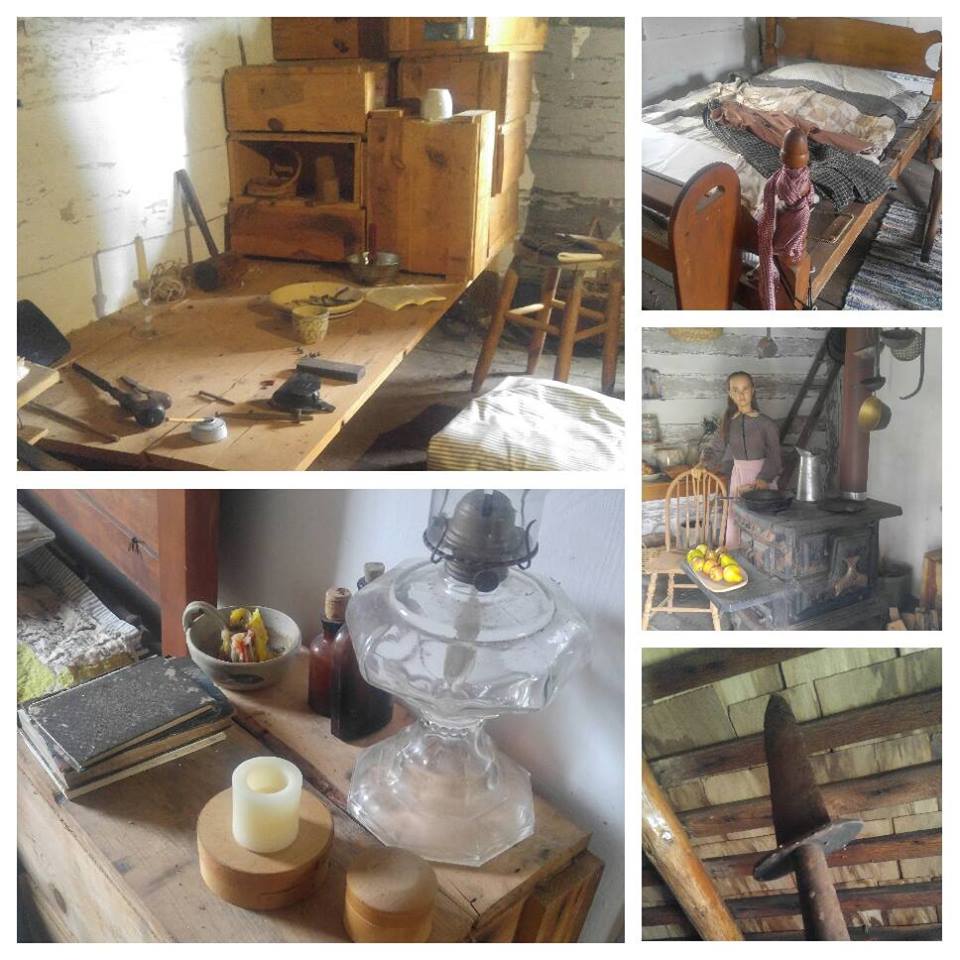 The attic loft where many of John Brown's men stayed for months in preparation for the raid. 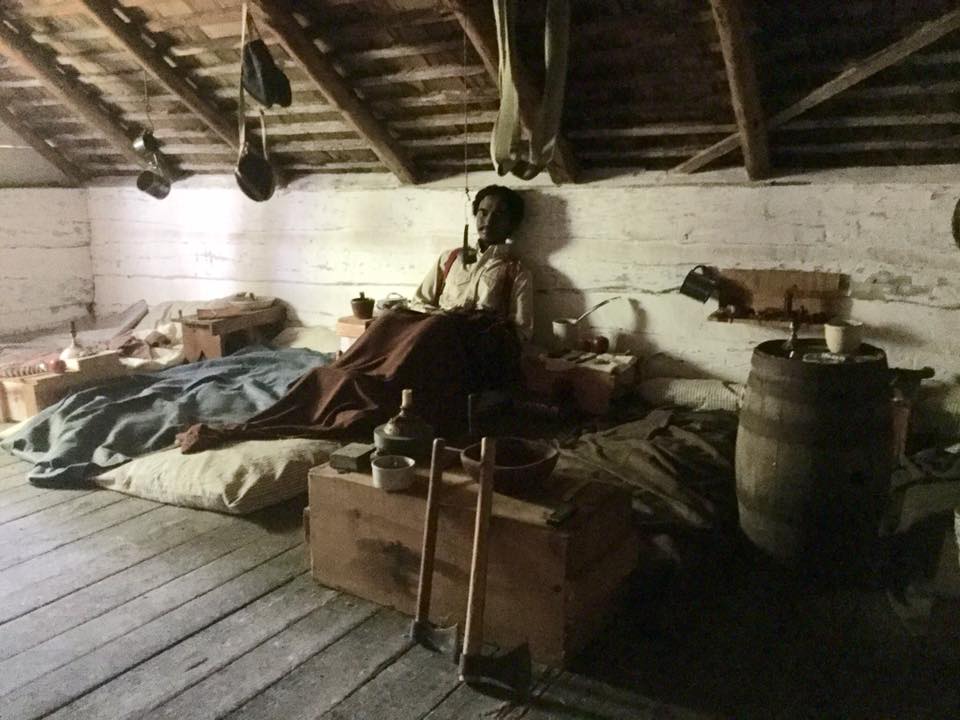 The front porch where Anne Brown (John Brown's daughter) spent many of her days sitting and looking out for anything out of the ordinary. 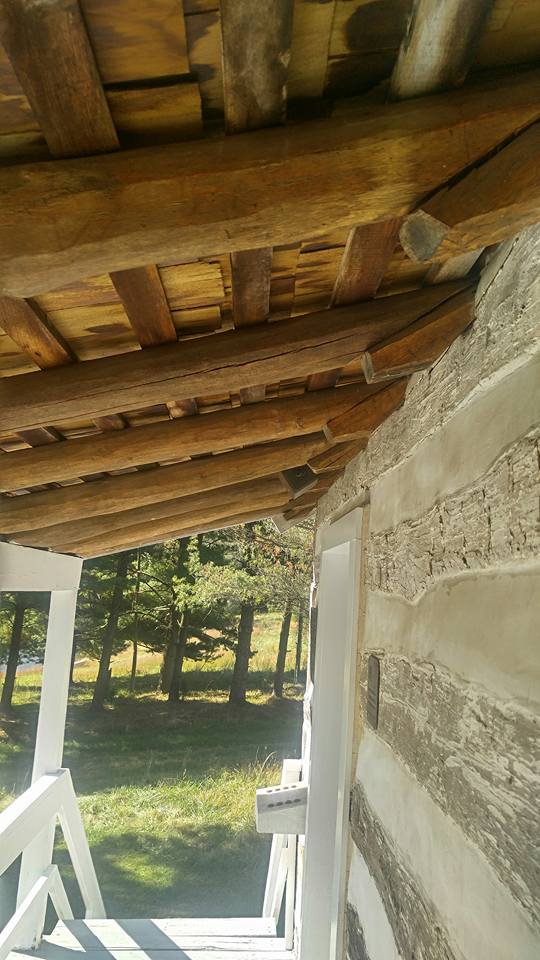 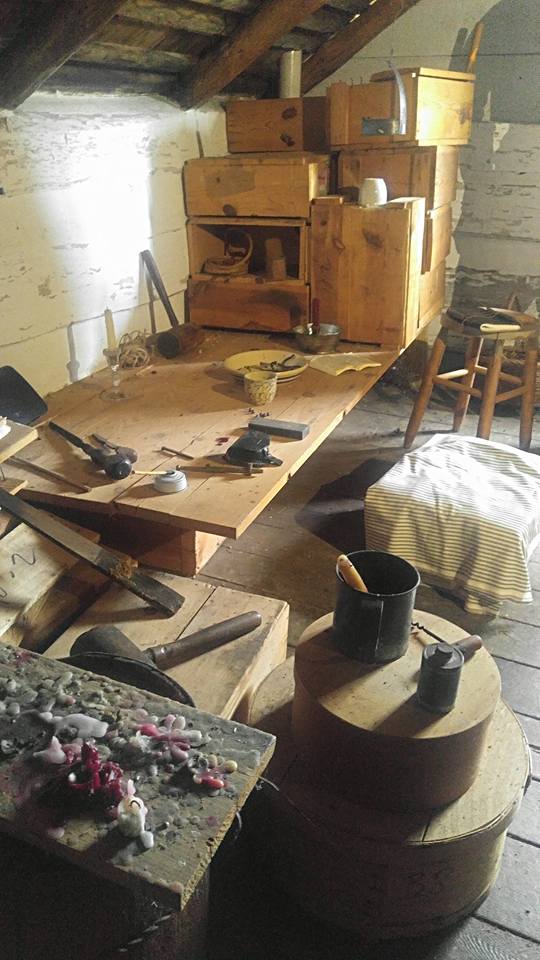 In 1852, Dr. Robert F. Kennedy purchased the 194 acres of land and cottage from Antietam Iron Works. Soon after, he had the current one story-high stone foundation built and raised the one-room cottage onto it, then added a larger, two-story wing to the northeast. Kennedy died seven years later and the farm remained empty.

In 1859, John Brown took on the fake name of Isaac Smith and rented the farmhouse for $35 in gold from the trustee of Kennedy's estate. Brown, his sons Owens and Oliver, and Lt. Jeremiah Anderson used the farm as a staging area to prepare for their intended October raid on the Harpers Ferry arsenal, located just a few miles away. Abolitionists varied in their approaches to slavery, which included formal anti-slavery organizations, legal and social advocacy, public demonstrations, and militant actions. Brown's vision for a slave insurrection at Harpers Ferry was among the most dramatic.

As the summer progressed, Brown's Provisional Army of the United States arrived one or two at a time until a total of twenty-one men (sixteen white, five Black) were hiding in the farmhouse attic. He also assembled a small arsenal of weapons to assault the Harpers Ferry arsenal. His daughter, Annie, and daughter-in-law, Martha, served as cooks and housekeepers for the Provisional Army.

John Brown's raid on the Harpers Ferry arsenal from October 16-18, 1859, did not garner slave support, and instead drew local militia to take back the arsenal in a violent turn of events. His legacy has remained disputed ever since. The Kennedy Farm had been rumored to be John Brown's headquarters and passed through many owners over the year. It was not until 1972 that South Lynn confirmed this was the case after researching in the Maryland and National Archives. It was added to the National Register of Historic Places in 1973 and granted National Landmark status in 1974.

Major restorations have taken place to turn the clock back to John Brown's time. Essentially, the Kennedy farmhouse had to be taken apart and put back together to restore its historic appearance. Today, the Kennedy Farm is owned by the John Brown Historical Foundation and open for tours by appointment.