Discovery Park is the largest park in Seattle. Spanning nearly 500-acres and encompassing over 2 miles of protected coast, the park is comprised of scenic bluffs, forest, fields, and open beaches. Throughout the park, views over Elliot Bay, Olympic Mountain Range, and Mount Rainier are prevalent. 12 miles of hiking trails, a Native American cultural center, historic military landmarks and lighthouses are all located within this recreational space. 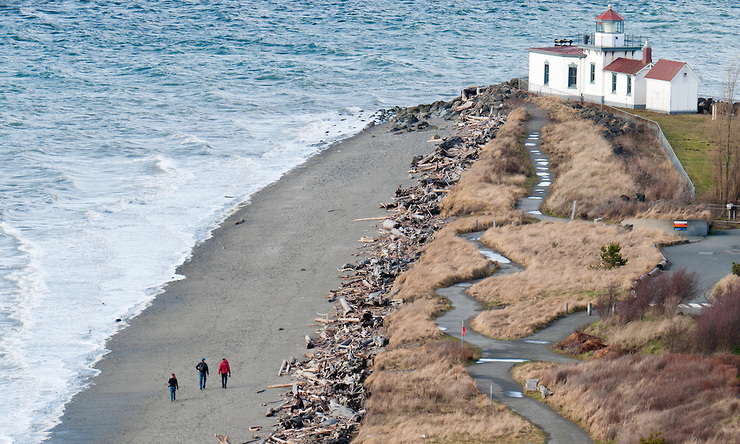 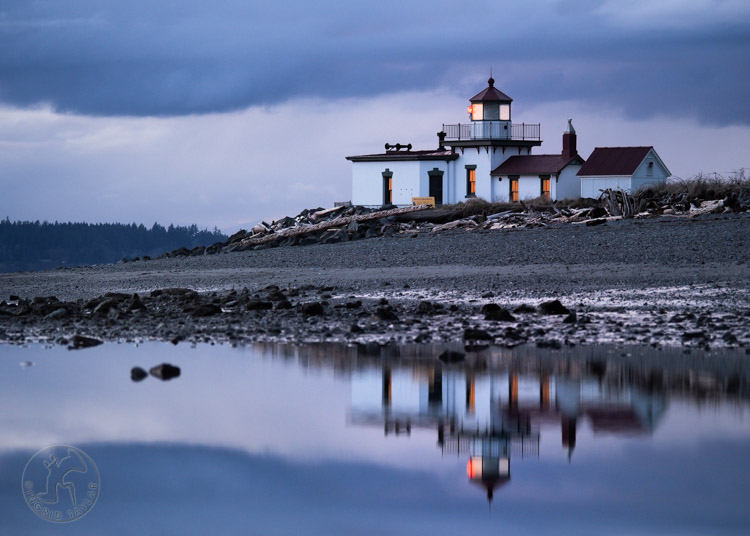 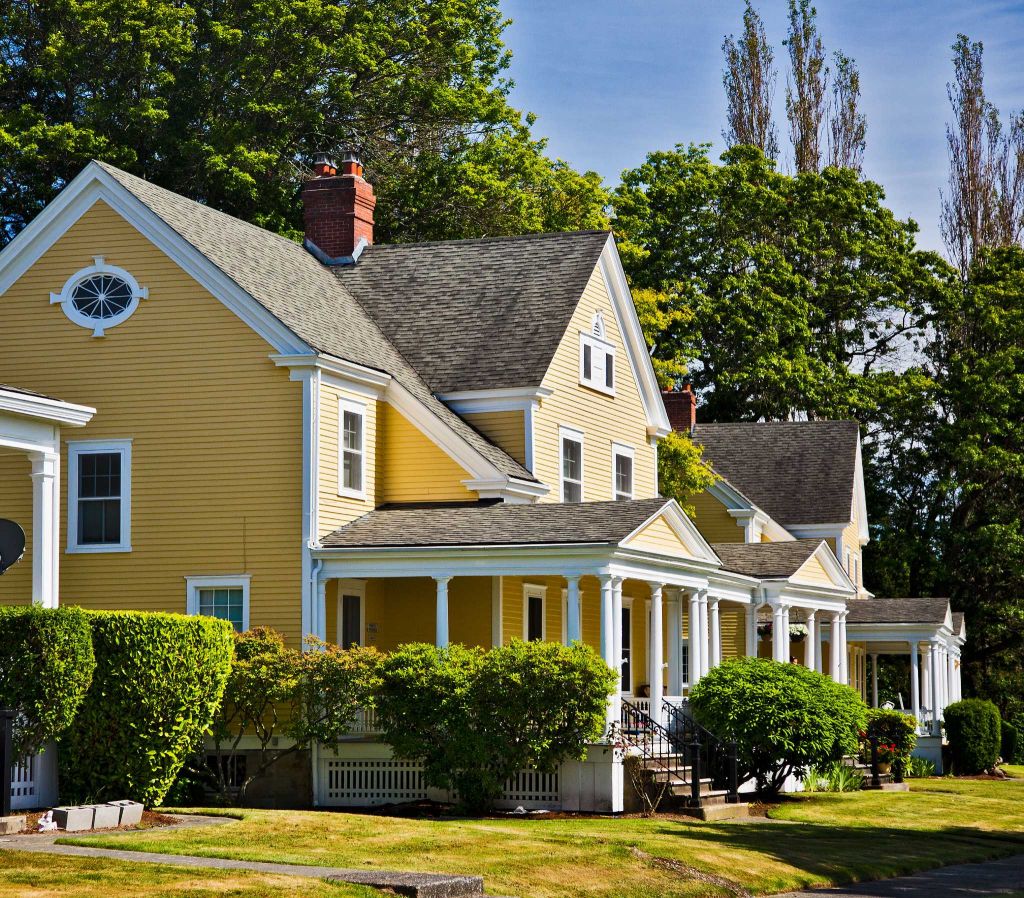 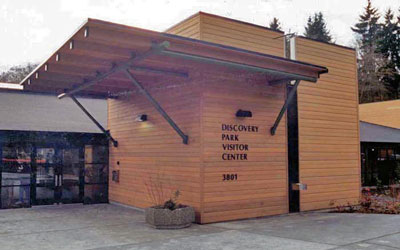 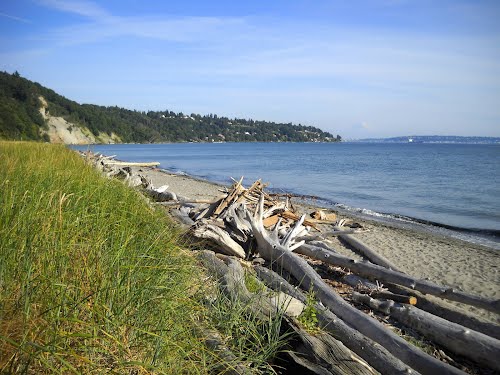 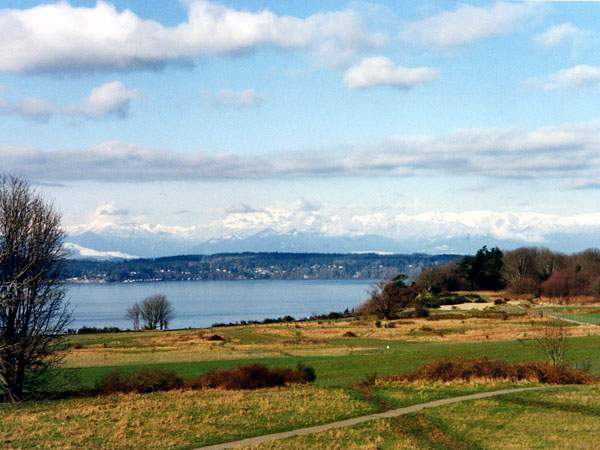 Discovery Park stretches over 500-acres across the Magnolia neighborhood of Seattle, composing a small, waterfront peninsula. The park is known for nearly 12 miles of walking and hiking trails, a Native American Cultural Center, a historic lighthouse, the historic grounds of Fort Lawton Historic District, along with the region’s scenic beaches, forests, and bluffs. The park is the largest within the city, and contains two miles of protected tidal beaches.

Discovery Park’s trail system leads guests from one of two parking lots, through the woods and towards the coast. The on-site visitors center provides guests with trail maps, and the trails throughout the park are marked. One trail in particular, the Discovery Park Loop Trail, is a 2.8 mile trek developed in 1975. The trail runs through marsh, beach, forest, and bluff, and is designated a National Recreational Trail.

The Park is considered a premier wildlife habitat and a “hot spot” for observing birds and other creatures. The Seattle Audubon Society developed a checklist for bird watching enthusiasts to keep track of their findings, and sea lions, harbor seals, whales, and other marine life are often spotted.

The United Indians of All Tribes Cultural Center, called Daybreak Star, is settled on the edge of Discovery Park. The Center serves as a community, event, and conference space for local Native American gatherings and tribe members. A Native American Art Gallery is located within the center, and hosts a variety of permanent and temporary exhibits available to the public.

The Park also contains the grounds of historic Fort Lawton and the West Point Lighthouse, both of which are listed on the National Register of Historic Places. During the Second World War, Fort Lawton became the second largest port of embarkation for soldiers and supplies from the West Coast, with nearly one million soldiers passing through the grounds. The fort was also known as a prisoner of war camp. Over 1,000 Germans were held here, and nearly 5,000 Italians passed through en route to Hawaiian camps. Fort Lawton officially closed in 2014, and the on-site buildings remain historical sites that visitors can view from outside.