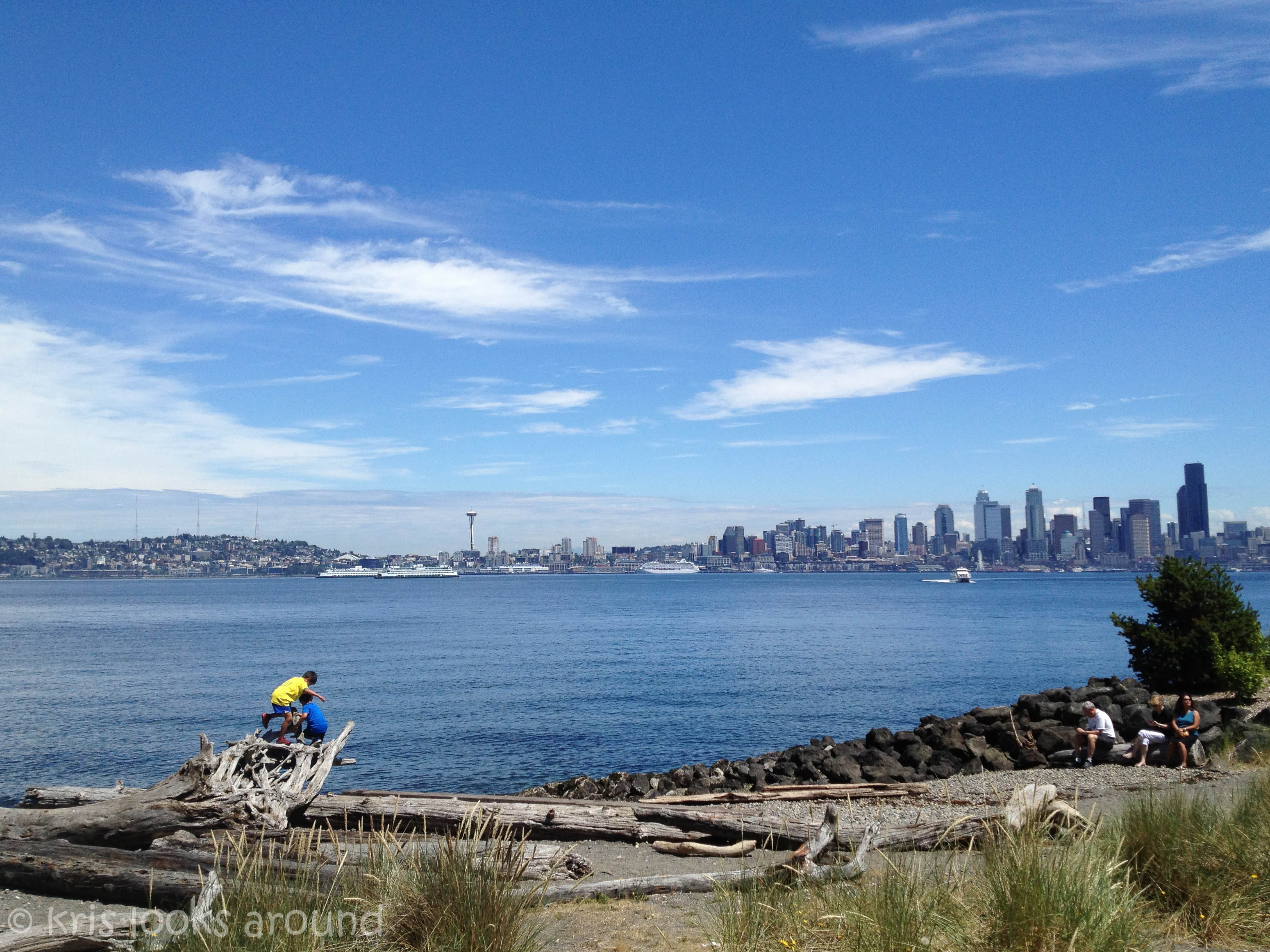 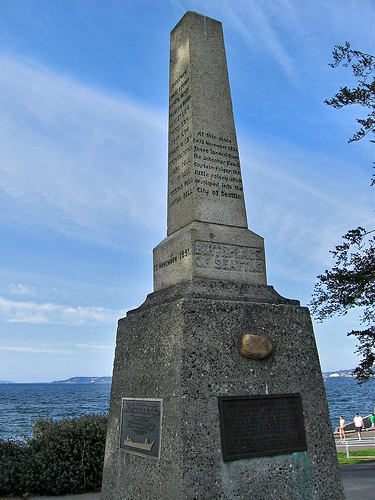 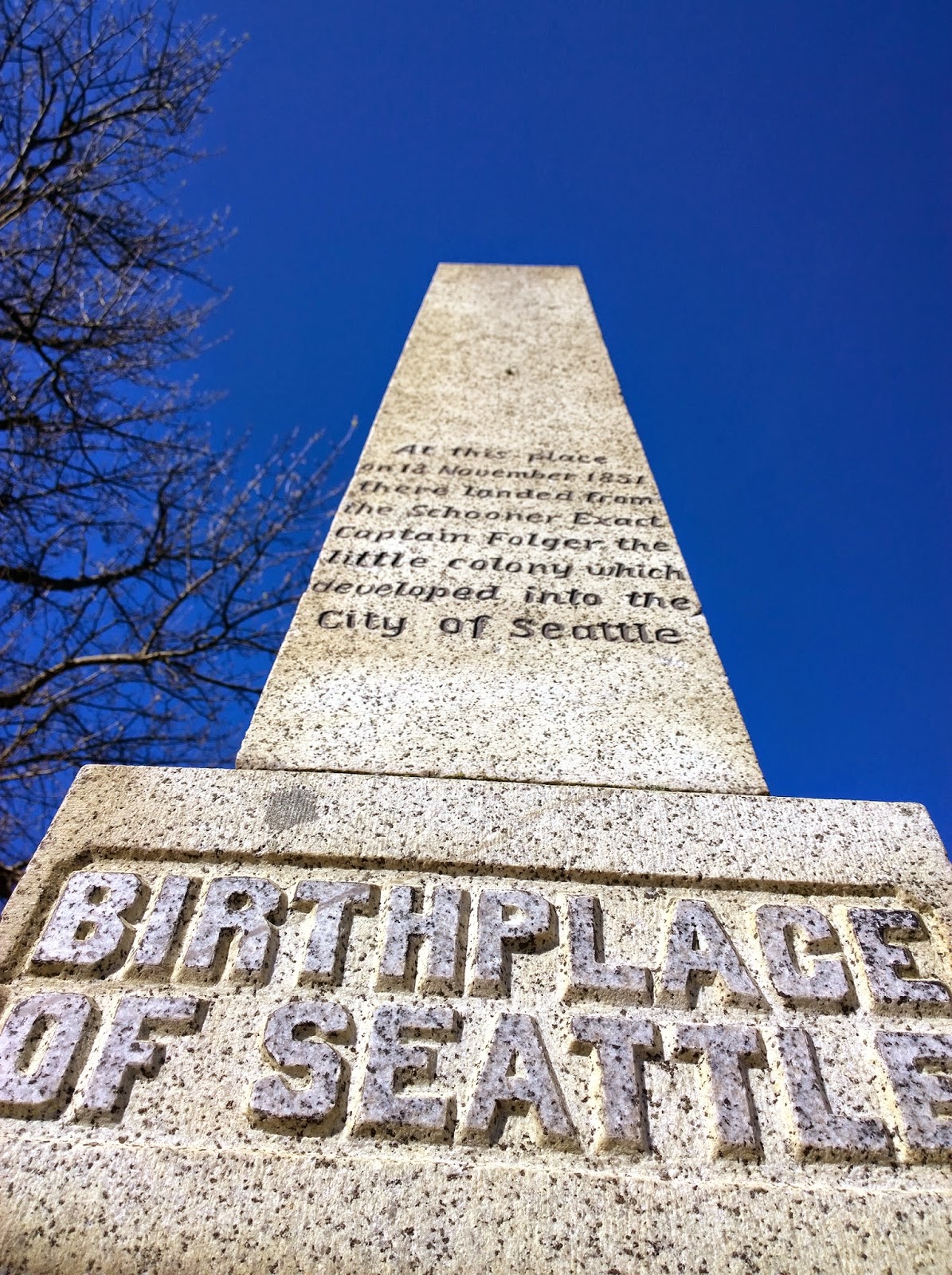 Note sent from David Denny to Arthur Denny, prompting him to bring to Party to Alki 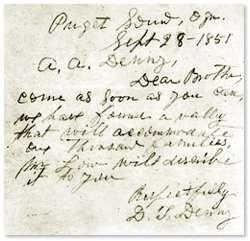 David Denny and his family. 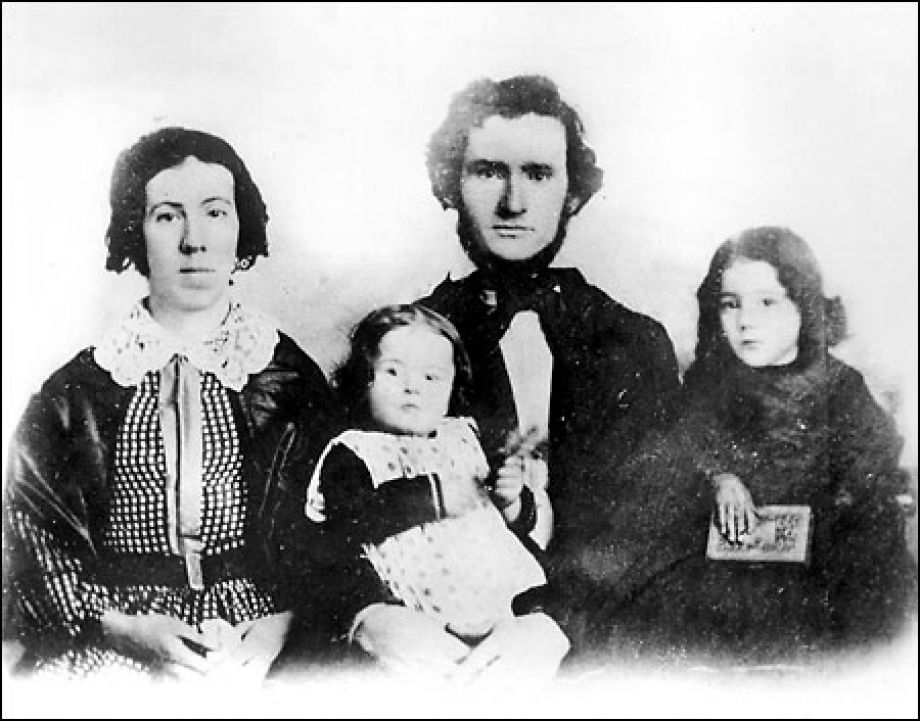 Denny Family Survivors and the Memorial 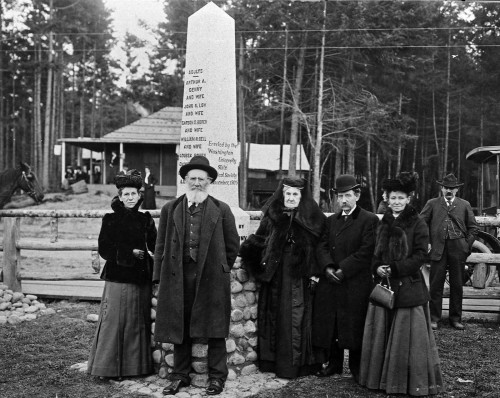 The Denny party, a group comprised of four Denny brothers, their wives and parents, left the east coast in spring of 1951. The group intended to create a new town on the storied West Coast. The group arrived in Portland in August after months of trekking across the country, and met Jon Low, a cattle herder. David Denny, the youngest of the brothers, offered to help with herding the cattle to winter pasture, and Arthur Denny, the leader of the Denny Party, suggested the two scout out the area for potential development.

David Denny and Low traveled to the village of Olympia, where the met with two additional travelers, Leander Terry and Michael Simmons, who guided them to the site at Alki. Terry and Low immediately staked claims at Alki, and with the help of the local Native American tribe, began to develop a settlement. David Denny sent word back to his brother Arthur and the remaining Denny party, who had gathered additional party members in this time.

On November 5, 1851 the settlers boarded a schooner off the Oregon coast and sailed north to Alki Point. Chief Seattle and his tribe, having been befriended by David Denny, welcomed the settlers, and provided them with supplies and assistance building cabins for shelter from the upcoming winter. However, upon arrival, Arthur and David were disappointed that Low and Terry had assumed the valuable land on Alki Point.

Throughout the winter the two Denny brothers, along with two additional settlers named Bell and Boren, set out on a variety of exploratory trips attempting to find another unclaimed settlement site. The following April the Denny party moved inland to the banks of Elliot Bay, across the shore of Alki, to what is now known as Pioneer Square.

The Alki settlement remained for three years, and the two groups developed a strong competition. However, Alki Point was very exposed to Elliot Bay, and the Alki group struggled with the weather and elements. They were eventually forced to move across the bay as well, settling north of Pioneer Square in what is now the core of Seattle.

Today Alki Point is a 2.5 mile beach that serves as a popular attraction and charming town in West Seattle. The Denny Party is memorialized on the point by a large monument, called the Birthplace of Seattle monument. The large pillar is inscribed with the names of the original settlers in memory of their arrival and contribution.

Monument is located on a public beach.