Established by classic car collector Dick Burdick in 2009, this automotive history museum featured nearly a hundred classic European and American cars that were made between the early 1900s and the 1950s. Burdick passed away in February 2018, and the museum closed at the end of 2018. The collection and other museum assets included early vehicles such as a 1921 Stanley Steamer and a 1924 Bentley, cars from former American manufacturing giants such as Packard, and classic cars from the 1950s such as an Edsel Corsair Convertible. In addition to its collection of automobiles, the museum included exhibits of memorabilia and a library of books and other materials related to automotive history. The sale of the museum inventory will fund the Richard L. Burdick Foundation, an organization that supports educational initiatives and scholarships.

Opened in 2009, this automotive history museum includes a collection of cars that range from the early 1900s to the late 1950s. 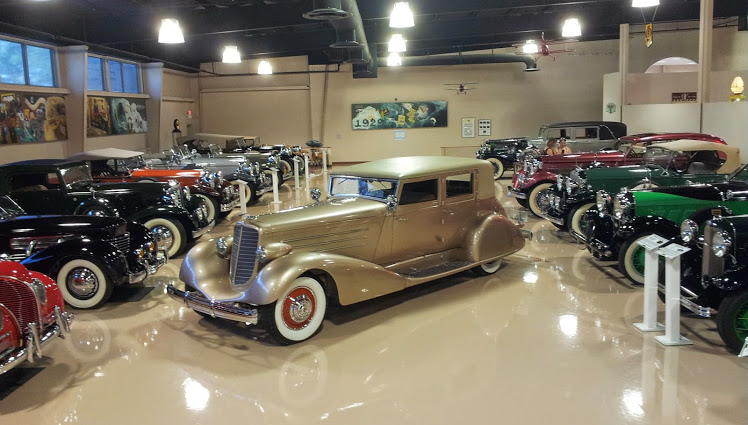 Burdick established the Central Texas Museum of Automotive History in 1980, a museum that featured over a hundred cars made in Europe and the United States. Ths museum operated in Rosanky, Texas until 2012. Between 2009 and 2012, both of Burdick's museums were in operation, but expenses soon required the sale of many of the classic cars and the closure of the Rosanky museum and consolidation of the collection to the newer museum in San Marcos. Prior to its closure, visitors to Dick's Classic Car Museum could see the remaining vehicles and exhibits that were once located at the Central Texas Museum of Automotive History, as well as a variety of cars and memorabilia from the 1930s to the 1960s.