The First Unitarian Church in Baltimore, Maryland was the first building erected for Unitarians in the United States. Completed in 1818, the church is a domed cube with a stucco exterior. The church, originally called the "First Independent Church of Baltimore," is the oldest building continuously used by a Unitarian congregation. 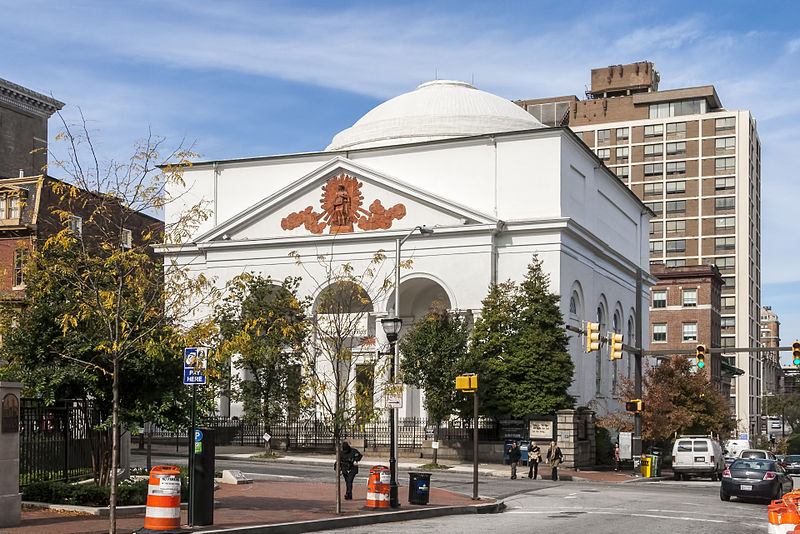 Soon after the church's foundation, Rev. Dr. William Ellery Channing delivered his famous "Baltimore Sermon," which laid out the tenets of American Unitarianism, affirming belief in the Unity of God (as opposed to the Trinity), and stressing the importance of living a moral life, rather than simply professing piety. For example, he preached:

Whilst we earnestly inculcate the love of God, we believe that great care is necessary to distinguish it from counterfeits. We think that much which is called piety is worthless. Many have fallen into the error, that there can be no excess in feelings which have God for their object; and, distrusting as coldness that self-possession, without which virtue and devotion lose all their dignity, they have abandoned themselves to extravagances, which have brought contempt on piety. Most certainly, if the love of God be that which often bears its name, the less we have of it the better. If religion be the shipwreck of understanding, we cannot keep too far from it. On this subject, we always speak plainly. We cannot sacrifice our reason to the reputation of zeal. We owe it to truth and religion to maintain, that fanaticism, partial insanity, sudden impressions, and ungovernable transports, are anything rather than piety. (see below for a link to a longer sermon excerpt)

The First Unitarian Church has maintained a commitment to activism during the twentieth and twenty-first centuries, with members participating in the Civil Rights movement, the movement for same-sex marriage, and anti-war activism.

Channing, William Ellery. "Unitarian Christianity." Delivered at the Ordination of Rev. Jared Sparks in The First Independent Church of Baltimore on May 5, 1819. Accessed February 09, 2017. http://people.bu.edu/dklepper/RN212/unitarian.html.

Sunday services at 11 am.