Marshall High School was erected in 1926 and housed first through twelfth grades. After over fifty years of operation, the town closed the school and rebuilt the new Marshall High School away from the river on Hwy 25-70. The historic school building is located on a twelve acre plot on the Blannahassett Island in the middle of the French Broad River in Marshall North Carolina. The school buildings themselves make up just two and half acers as the athletic fields and the parking lot’ take the rest of the usable space on the island. The school has had a rough history between flooding and conflicts with the town wanting to remove the building, but the community pulled through and has successfully refurbished the building, which is used for many different purposes today.

View of Marshall High School from the mid 1930s 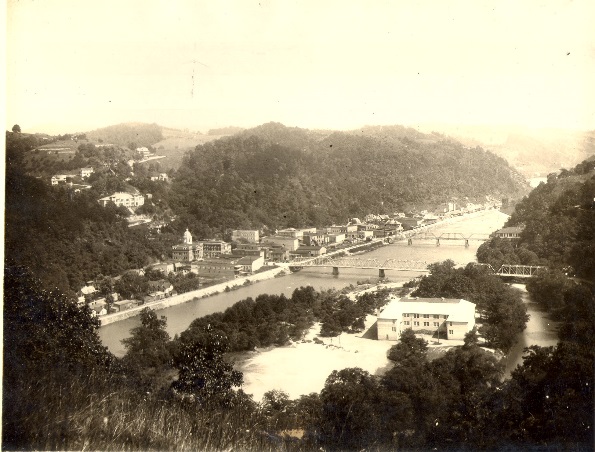 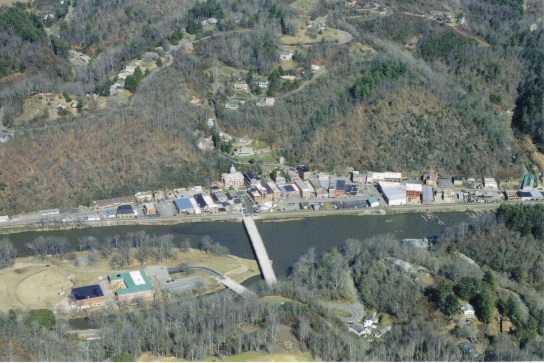 Before the Marshall High School was constructed in 1926 the Blannahassett Island in Marshall was its own small community. The Free Will Baptist church and a small community were on the island previous to the school, the homes were vacated over time and the church was moved across the French Broad River and placed on the corner of Main Street where it still stands today.  The homes were vacated after the town bought the island to place the new school for the 840 people living in Marshall at the time. Construction began in early 1825 and was completed in early 1926 to start school that next fall. Due to complications of the town the school did not open until April 25, 1927. A court precession was taking the time of all the diplomates of the county and all the votes for the school had been postponed until the end of the case.

Marshall High School was designed by Raleigh architect Frank B. Simpson and built by Marshall Contractor Mack Sprinkle. The building is three stories including the basement in a U shaped pattern. The basement was a full, furbished gymnasium for the students with locker rooms and showers. The first floor housed one of the libraries, classrooms, and administration offices. These classrooms on the first floor were used for the upper level students in the grades eight through twelve. The second floor housed the smaller library, offices and classrooms for the students in the grades one through seven. After all of the paper work was finished on the island and the building was approved to be built the final cost of the school was $85,000. This was the first out of eight high school the county school board was wanting to build for the people of Madison. Other schools were constructed shortly after in walnut, Mars Hill, and Laurel.

In 2007, Marshall opened the school to local artists to use as studio space and a community center for the residents. There are 28 studios housed throughout the main school building and the auditorium. The athletic fields and the gymnasium are used by the local residence. This is one of only two community parks in the state that is on an island. Allowing the use of the old buildings and the athletic fields has allowed the building to remain standing and not run down. Also the island has now been added to the national historical registry to remain as long as it will stand for the community of Marshall.